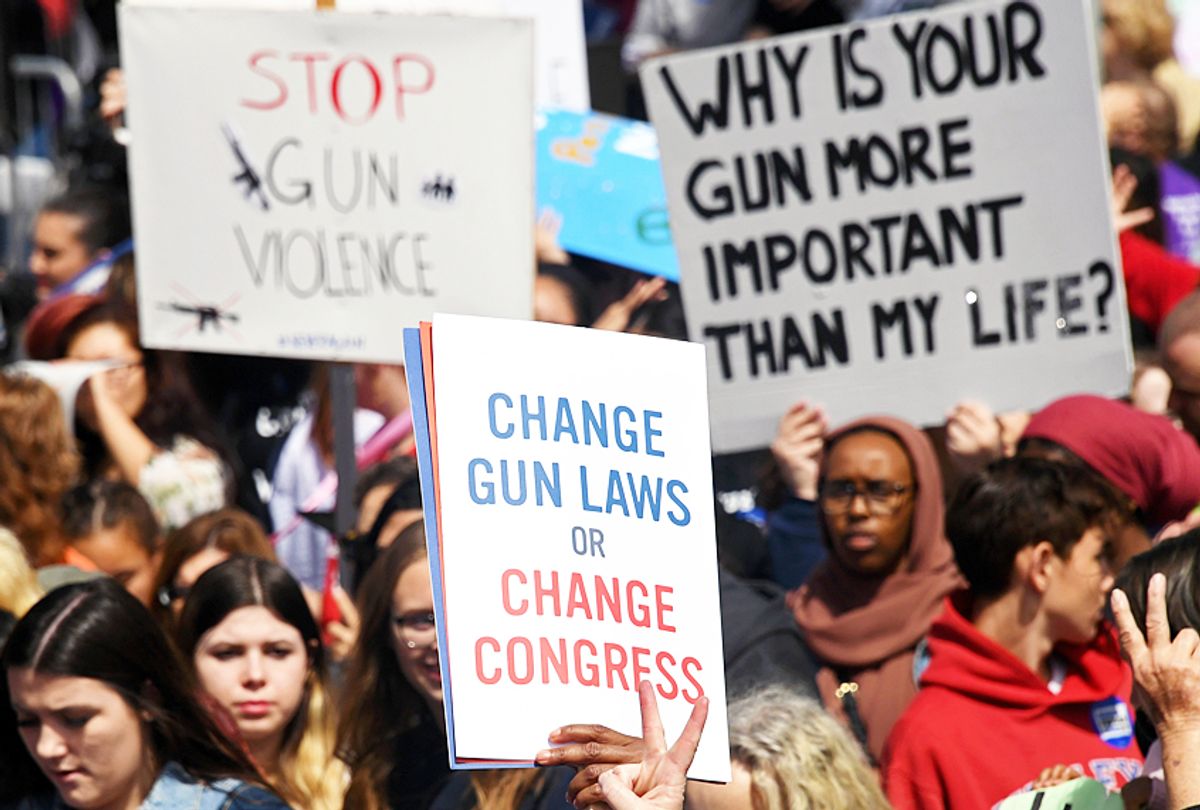 Protesters participate in the March for Our Lives rally at Las Vegas City Hall on March 24, 2018 (Getty/Ethan Miller)
--

As if launching sexist and racist attacks against Parkland student activist Emma Gonzalez over the weekend wasn’t enough, one pro-gun conservative is now bolstering her attack on young activists by likening their demands for gun control to Nazism.

In a series of tasteless Facebook posts, Minnesota Republican Rep. Mary Franson compared March For Our Lives protesters to Hitler youth. She then apparently deleted her Facebook account.

Franson's posts came shortly after millions attended nationwide March For Our Lives protests on March 24. According to an estimation made by the Washington Post, at least 187,000 American students have experienced gun violence since the Columbine shootings in 1999. After 17 people were killed in the February school shooting at Marjory Stoneman Douglas High School, teenagers from the state and other parts of the country have demanded that lawmakers address America’s gun problem.

A screenshot from her profile is shared below.

In another post, she ranted against another Marjory Stoneman Douglas survivor, Delany Tarr, who opposed bump-stocks for rifles. Franson wrote, "There you have it, friends. The anti-gunners, the high school students who speak for all, aren't interested in an 'inch.' They want the mile. They want your guns. Gone."

Finally, Franson shared an Adolf Hitler quote about indoctrinating youths to become full-on Nazi ideologues. In this 1938 quote, Hitler said, "These boys and girls enter our organizations [at] ten years of age, and often for the first time get a little fresh air; after four years of the Young Folk, they go on to the Hitler Youth, where we have them for another four years."

This is not the first time Franson has launched an attack on teenagers. In December, dismissing the fact that a lawmaker will have constituents from different political parties, Franson used a shrug emoticon while refusing to meet high school students from the Alexandria Area High School Democrats.