President Donald Trump is set to become the first sitting U.S. president to meet with a North Korean leader 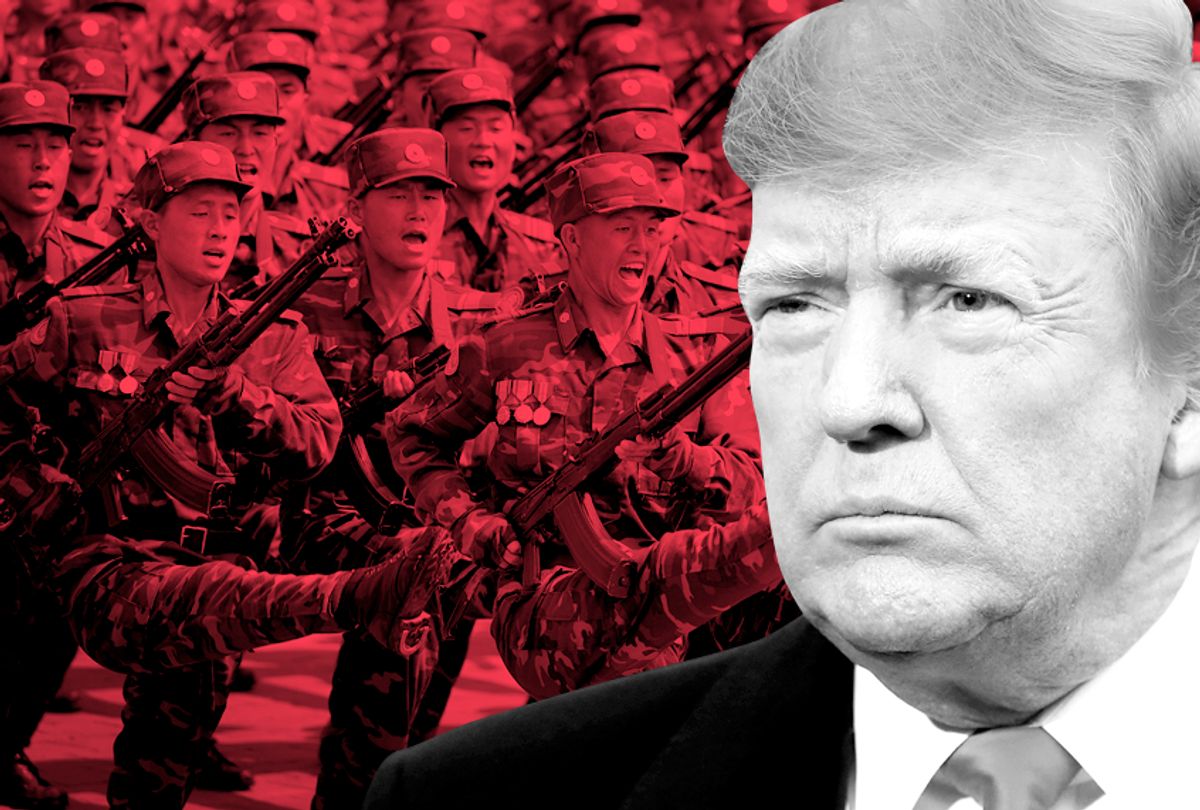 This will put Trump’s ability as a self-professed deal-maker to the test. Although the North has agreed to refrain from any nuclear explosive and ballistic missile tests leading up to and during the talks, any larger agreement on a nuclear freeze or roll back will require patient diplomacy.

I’ve worked on issues related to nuclear diplomacy and nonproliferation at the State Department and Department of Defense, and in academia. In my view, it is clear that the United States will have to make significant concessions to achieve a comprehensive permanent agreement.

Negotiations at this high a level present an opportunity, but it will be challenging. We can gain important insights from past negotiations.

North Korea’s Kim Jong Il — the current leader’s late father — and Kim Il Sung, the founder of North Korea, have frequently been characterized as crazy, irrational and unpredictable. But both negotiated with the United States and other parties. During the Clinton and George W. Bush administrations, they did what rational actors do — tried to get the best deal they could that satisfied North Korea’s interests.

Some analysts argue that Pyongyang didn’t honor the agreements that were achieved in those negotiations. This is only partially true. What happened is more complicated than many critics of diplomacy often admit.

In 1994, President Bill Clinton’s administration negotiated what was dubbed the “Agreed Framework.” In return for freezing operation of its nuclear reactor and plutonium reprocessing plant at Yongbyong, North Korea would get two more proliferation-resistant light water nuclear power reactors, the removal of sanctions and a commitment to eventually normalize relations between the two countries. While the reactors were being built, a U.S.-led consortium would provide North Korea with shipments of heavy fuel oil to address its power needs.

But Congress was slow to remove sanctions on Pyongyang, as they had agreed to do. Movement on construction of the light water reactors was hampered by a number of factors, which infuriated North Korea.

The deal fell apart when the Bush administration took over and accused North Korea of clandestinely developing a uranium enrichment program or another route to the material necessary for a nuclear weapon.

While a uranium enrichment program did indeed signal that North Korea might still be pursuing a nuclear weapons option, it was not technically a violation of the Agreed Framework. Had the Bush administration addressed the uranium enrichment issue separately, I believe it might have saved the agreement and frozen the North’s nuclear program.

Instead, the entire deal collapsed in 2002. North Korea withdrew from the Nuclear Nonproliferation Treaty the following year and continued to develop its weapons, testing its first in 2006. As a former senior George W. Bush official told me in 2007, the “ABC” policy — “anything but Clinton” — was the initial major motivator for abandoning engagement as a policy with North Korea.

Much like with the Iran nuclear deal, American hard-liners argue that the only acceptable outcome with North Korea is complete nuclear disarmament with little offered in return. In my view, however, the U.S. will have to make concessions to curb Pyongyang’s nuclear program, as it did before.

With Iran, the Bush administration adhered to the hard-liner approach for much of the 2000s, and was unable to reach a deal. By contrast, the North Koreans have even more leverage than Iranians, who did not have nuclear weapons, but only aspirations. North Korea already has at least two dozen nuclear weapons acquired despite being the target of international sanctions since the early 2000s. That is why I believe a hard-line approach would likely not be successful.

The North has apparently agreed to refrain from missile and nuclear tests during talks. But the U.S. must be careful not to let other provocative actions, not directly related to the specific issues under negotiation, derail negotiations.

Eleven years later, during the Bush administration, the North launched a satellite, which was likely a test of ICBM capability than an actual attempt at putting a satellite into orbit. The launch was condemned by the United Nations, which subsequently promised sanctions as punishment — prompting North Korea to leave the talks for good. While it is true that the launch violated U.N. resolutions, missile tests were not part of the ongoing Six Party Talks on denuclearization.

Trump engaging directly with Kim Jong Un may be both an opportunity and a liability. Trump has no experience with delicate negotiations. He is not averse to taking bold positions (as a candidate, he welcomed direct talks with Kim Jong Un, suggesting they eat hamburgers over discussions). He has also backtracked on agreements when they are negatively viewed by Republicans or when media coverage makes it appear as if he’s “giving in.”

Whatever the makeup of the negotiating team, the United States will have to adjust its expectations and be creative in dealing with a country with a more advanced nuclear weapons and missile program than the North Korea of 1994. The past indicates that negotiating with North Korea is not an impossible or fruitless endeavor. However, at this point, a complete rollback of Pyongyang’s nuclear weapons and program is highly unlikely.

Only one state, South Africa, has ever given up its nuclear weapons. But that does not mean the U.S. shouldn’t try or that a summit that does not yield such a sweeping agreement is a failure. After all, the Agreed Framework took one year of talks and the Iran nuclear deal took almost two years to negotiate.

This article is an updated version of an article originally published on August 15, 2017.