Jeb Bush has a beef with Donald Trump's sons 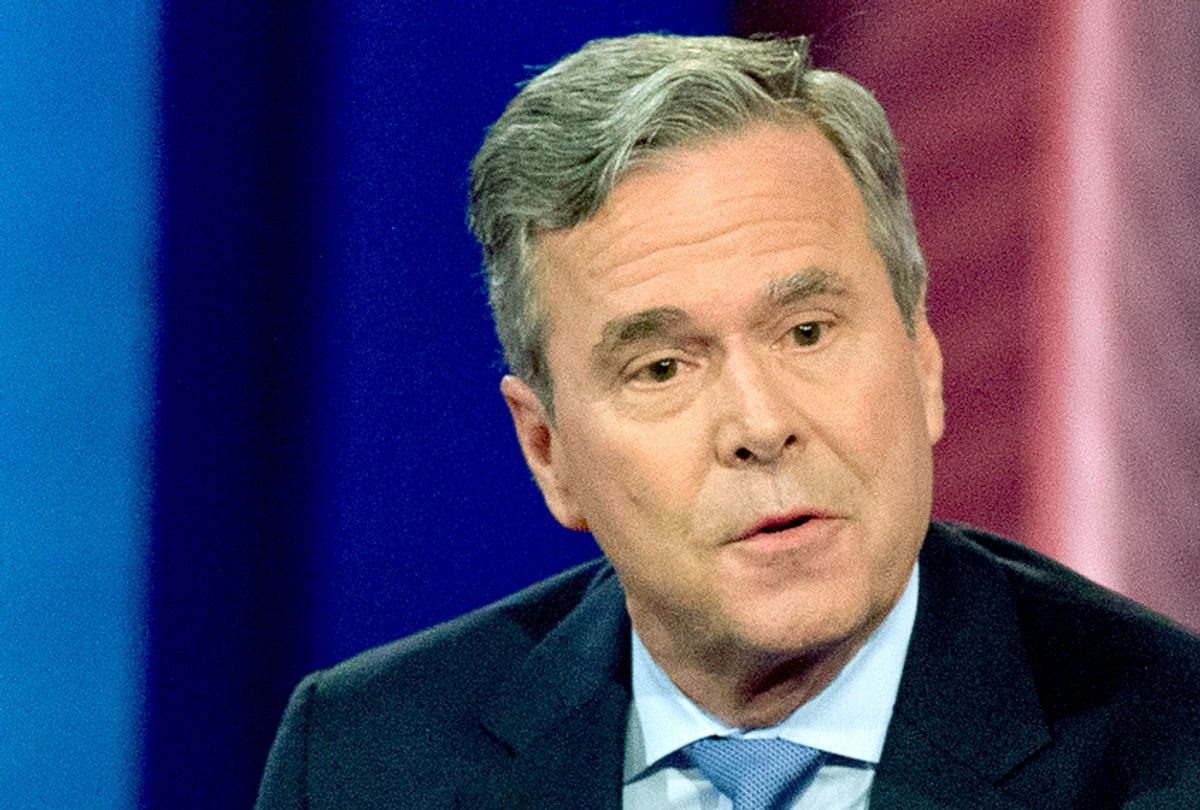 Former Florida Gov. Jeb Bush took a few jabs at President Donald Trump during a lecture this week at Yale University, telling the crowd that, unlike The Donald, he gets to go home every day to his children, "who actually love me."

Bush's remark didn't mention Trump by name, the Yale Daily News wrote, but "several audience members interviewed at the event said they interpreted Bush's comment as a jab at Trump." Bush's comments were seen as a swipe at Trump, especially by conservatives. And the younger Trumps were quick to respond, naturally, jabbing Jeb for losing to their dad in the 2018 Republican primary.

The increased backlash prompted the Yale Daily News to issue a correction: "A previous version of this article stated that Bush's comment that he 'went home to my children that actually love me' was meant as a jab at President Donald Trump. In fact, Bush did not directly refer to Trump — but he was speaking about his loss in the 2016 South Carolina Republican presidential primary, which Trump won."

In his remarks at the university, Bush also described the current president as "Republican in basically name only" and joked that he's still dealing with his 2016 presidential experience.

"I'm not going to talk about the 2016 election," Bush, who ran against Donald Trump in the 2016 Republican primary, said. "I'm still in therapy."

But he took the opportunity to push for more polite political discourse and dive into the current state of American politics and the conservative movement across the country.

"If there was ever need for a Bill Buckley-like approach to transforming conservatism in this country, it is right now," Bush said, referring to the conservative author and commentator who founded National Review Magazine, according to the Yale Daily News. "Maybe not a 19th-century or a 20th-century version of conservatism, but certainly a 21st-century version of that. And sadly, the fracturing of the conservative movement could not come at a worse time."

"The 21st-century conservative agenda cannot be nostalgic about the past," Bush added, calling for the spread of technology, increasing globalization and more competition.