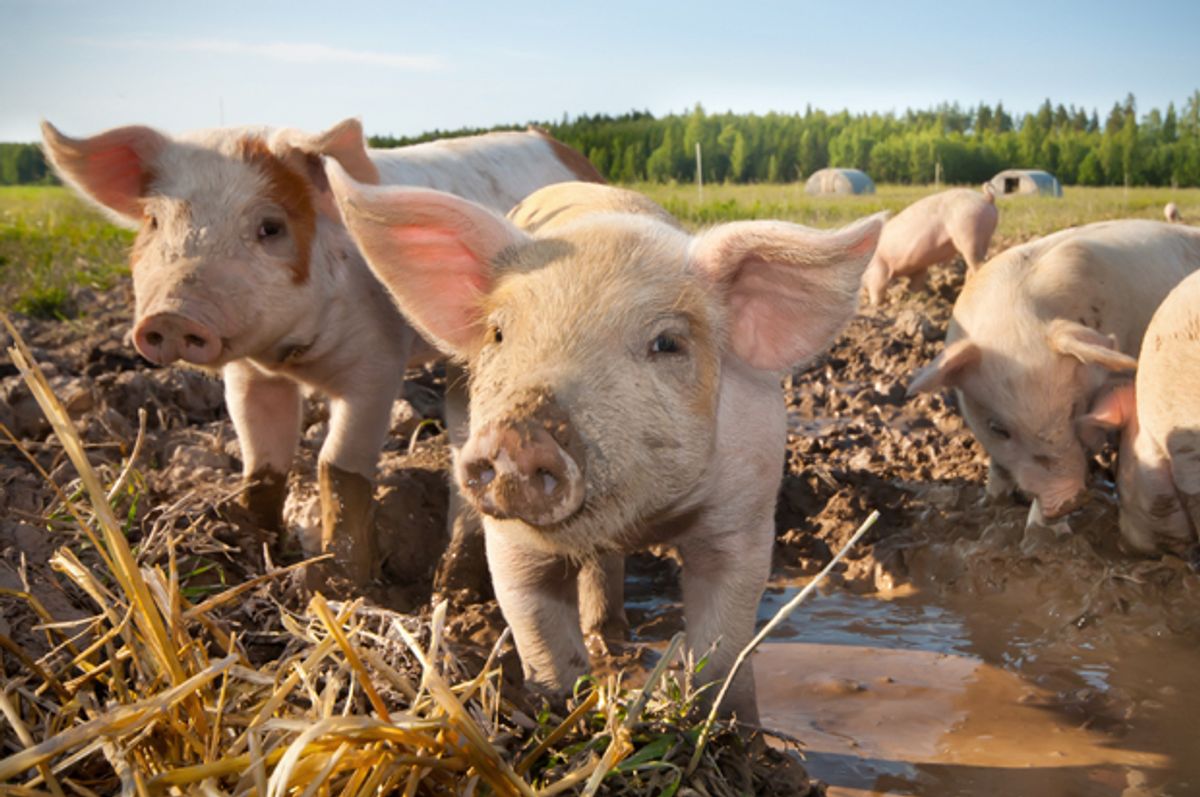 Republican representatives like Billy Long of Missouri, a state with about half as many pigs as people in 2017, are trying to block federal reporting requirements for farms that produce about 100 pounds a day of ammonia and hydrogen sulfide gases from pig waste and other manure.

“The bipartisan ACRE Act distinguishes between farms and hazardous waste sites to relieve farmers and ranchers of burdensome paperwork and allows them to do their jobs free from unnecessary government regulation,” Long said.

The four main gases produced by decomposing manure are hydrogen sulfide, methane, ammonia and carbon dioxide. These gases can lead to horrific deaths like those of farmer Scott Showalter, his wife, their two daughters ages 9 and 11 and a farmhand who died in 2007 on a Mennonite dairy farm in the Shenandoah Valley of Virginia.

“They hit that level where gases are so noxious, it renders them unconscious,” said Jessica Culpepper, an attorney for Public Justice.

Catharine Fitzsimmons, the chief of the air quality bureau of the Iowa Department of Natural Resources, told Congress in 2007 that state agencies “do not have the luxury of ignoring any significant source of air pollution.” The largest animal farms house thousands of dairy cows or beef cattle, tens of thousands of pigs and millions of chickens.

Fitzsimmons said in 2007 that the dairy cows at Threemile Canyon Farms in Oregon released more than 5.6 million pounds of ammonia a year, about 75,000 pounds more than the nation’s number one manufacturing source of ammonia air pollution at the time.

But the Environmental Protection Agency in the last days of the George W. Bush administration in 2008 exempted farms from reporting requirements in two federal laws.

Environmental groups, including the Waterkeeper Alliance, sued. In April, a three-judge panel from the U.S. Court of Appeals for the District of Columbia vacated the rule. The reporting requirements are scheduled to go into effect May 1.

Concerns about efficiency “don’t give the agency carte blanche to ignore the statute whenever it decides the reporting requirements aren’t worth the trouble,” wrote Judge Stephen Williams.