Do Trump's voters even care if the President is a criminal?

A political theorist explores the psychology of the #MAGA faithful 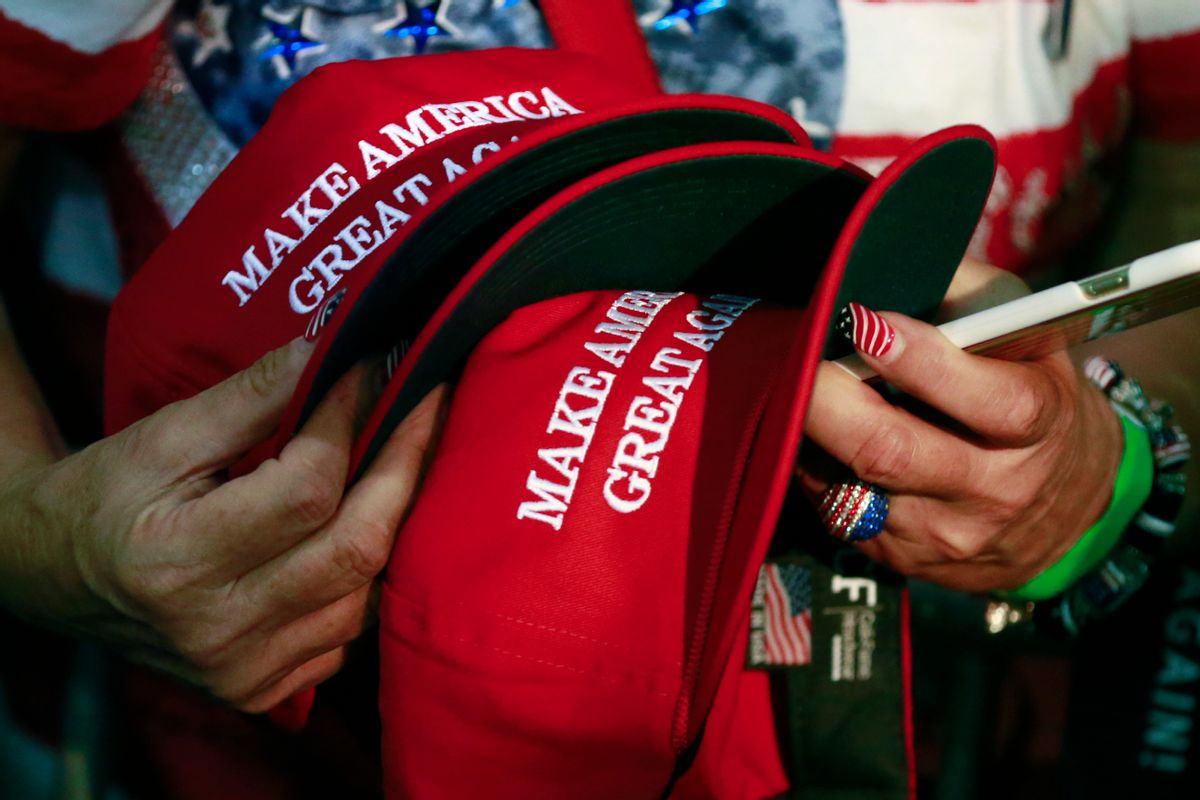 Earlier this month, the Democracy Fund voter Study Group released an astonishing report. While an overwhelming majority of Americans favor a constitutional democracy, 32 percent of Trump voters would prefer a "strong leader" who doesn't have to answer to Congress or a body politic. "The highest levels of support for authoritarian leadership," the Study Group concluded, "come from those who are disaffected, disengaged from politics, deeply distrustful of experts, culturally conservative, and have negative views toward racial minorities."

So if the president's base has no real commitment to democratic values, would they care if the president were found culpable in any of the scandals presently roiling the White House? Jan-Werner Müller, a political theorist at Princeton University and the author of the 2016 book "What Is Populism?" has his doubts. Even if Trump violated campaign finance laws in his alleged hush payment to Stormy Daniels, obstructed justice in the Mueller investigation or was discovered to have colluded with the Kremlin, Müller contends, he might not face any political consequences for his misdeeds.

"In many populist regimes, what seems so obviously like corruption is, in fact, a strength for these leaders," Müller told Vox's Sean Illing. "It’s easy to look at abuses of power and assume that it will hurt the person committing the abuses, but it’s not that simple. What might look like corruption or cronyism to neutral observers is seen by the supporters of populists as doing the right thing for the right people, the 'real people.' This is why the tribal appeal of populism is so crucial. Populist leaders thrive on distinctions between 'us' and 'them,' between 'the people' and 'the establishment.'"

As Müller sees it, the president's supporters have been conditioned to tolerate a criminal commander-in-chief. Because Trump campaigned on the promise to dismantle a rigged political system, his voters likely interpret his looting and graft as a means to an end.

"He can say, 'Look, I told you that I was a norm breaker, so you shouldn’t be surprised that I’m breaking norms,'" Müller continues. "As long as they feel like he’s doing their bidding, and as long as he can point to the bigger economic picture and say that things are going well, he probably thinks he can get away with it."

Recent history may be on Trump's side; demagogues in both Europe and South America have gone virtually unpunished for their misdeeds and corrupt administrations. Müller cites Hungary's Viktor Orban and Venezuela's Hugo Chavez as two glaring examples.

"This doesn’t mean that nothing can be done about this, or that this sort of antidemocratic behavior can go unchecked forever," Müller acknowledges. "But I think it does show pretty clearly that we shouldn’t assume that exposing corruption or shady dealings is automatically going to translate into these political actors paying a price at the polls."

American democracy's best hope likely isn't George W. Bush's FBI director or an adult film star, but an engaged electorate. Yet even that has its inherent dangers.

"It’s very important to protest, but it’s also important to know that populists are going to incorporate protests into their own culture war narrative," says Müller. "It’s why Steve Bannon has said that the 'resistance is our friend' — he knows how useful it can be. This doesn’t mean people shouldn’t protest, but it does mean that they have to think a couple steps ahead in terms of how they’re going to make the protest work for them and not for the people they’re protesting."

Read the complete interview at Vox.