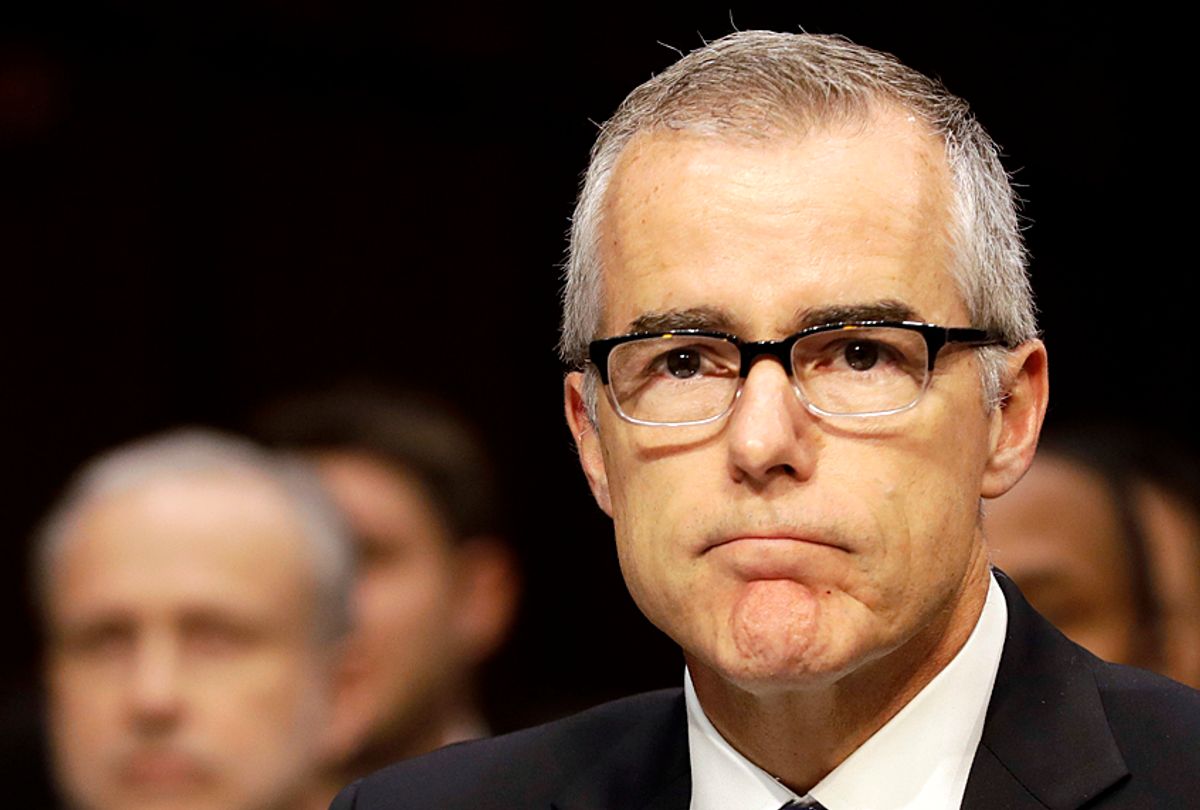 Former FBI Deputy Director Andrew McCabe launched an online fundraiser to help cover the legal costs that might come as he responds to investigations, congressional inquiries and considers suing over his abrupt termination — and people are quite responsive.

"The support of Mr. McCabe has been overwhelming, humbling, and deeply appreciated," the GoFundMe page said. "He and his family continue to deal with the very public and extended humiliation that the administration, and the president personally, have inflicted on them over the past year. Unfortunately, the need for a legal defense fund is a growing reality. Media reports indicate that at a minimum, there are a number of congressional inquiries that he will be required to respond to, as well as the broader Office of the Inspector General (OIG) investigation that is ongoing, and any potential lawsuits he might consider."

McCabe was fired from the FBI by Attorney General Jeff Sessions two days before his retirement, at the recommendation of Justice Department officials.

President Trump has long criticized McCabe publicly, largely for his wife Jill's acceptance of campaign donations from a Hillary Clinton ally when she ran for state office in Virginia. Shortly before McCabe's firing, Trump mocked the possibility that McCabe might retire with full benefits. "FBI Deputy Director Andrew McCabe is racing the clock to retire with full benefits. 90 days to go?!!!" the president tweeted.

After McCabe was fired, several fake GoFundMe pages were created on his behalf, and a McCabe representative had to flag that they weren't official accounts.

McCabe, who called his firing a part of President Trump's "war" on the FBI in a statement, authored an op-ed in The Washington Post last week, detailing his departure. He said he found out he was fired when a friend called and told him the news.

"So, after two decades of public service, I found out that I had been fired in the most disembodied, impersonal way -- third-hand, based on a news account," McCabe wrote. "Shortly after getting word, I noticed an email from a Justice Department official in my work account, telling me that I had been 'removed from the Federal Bureau of Investigation and the civil service.'"

McCabe said that he woke up to a tweet from President Trump praising his firing.

"Not in my worst nightmares did I ever dream my FBI career would end this way," McCabe wrote.