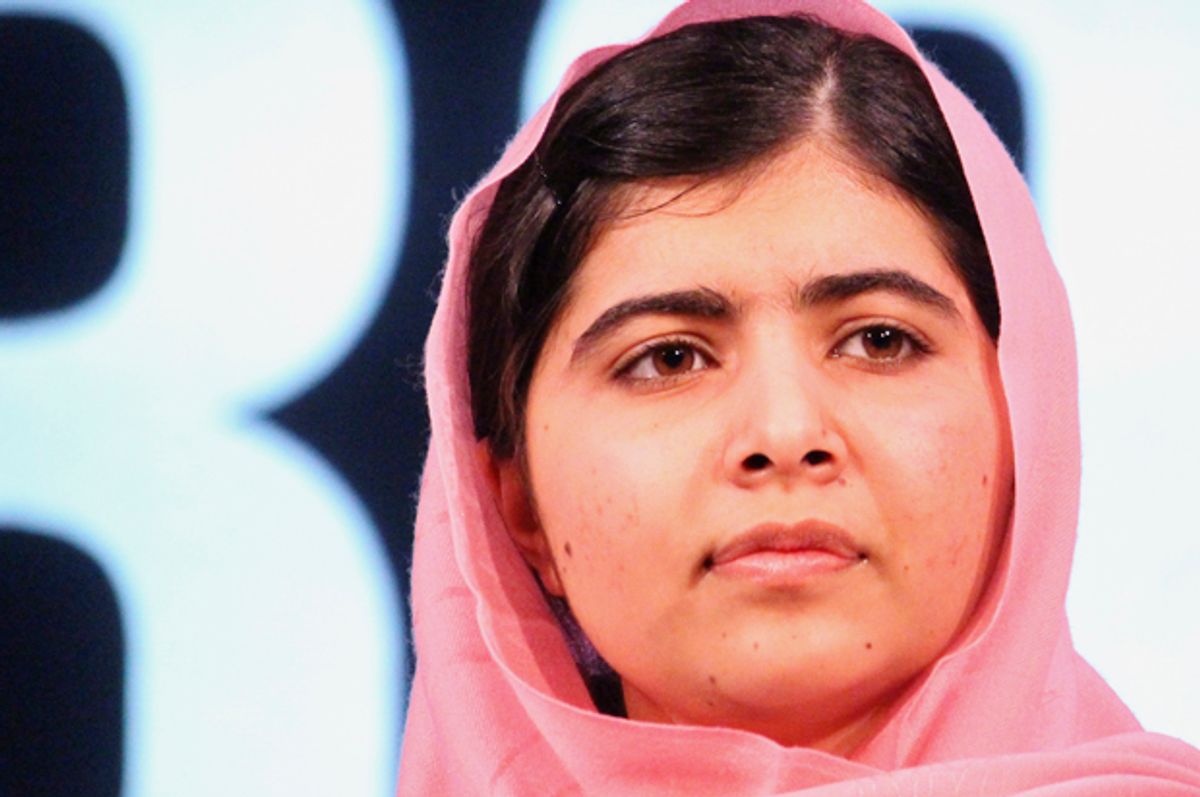 On Saturday, Nobel laureate Malala Yousafzai returned to her hometown in Pakistan’s Swat Valley for the first time since she was shot by the Taliban in 2012. According to CNN, she arrived by a helicopter, and paid a visit to her old home in Mingora first, then to her old school, where she left the following note in the guestbook:

"My first visit to Swat valley after 5 and half years since the attack. I have felt so happy. I am proud of my land and culture. The cadet college is beautiful and I thank the staff and principal for welcoming me. Best wishes and prayers, Malala."

The 20-year-old activist has been sharing her journey back home on Twitter, in which she’s been spending time with family. Indeed, it’s an emotional return home.

Yousafzai began her career as an activist at age 11, in 2009, when she started to blog about her life under the Taliban. She used the pen name Gul Makai while writing for the BBC. Even when members of the Taliban were blowing up schools and forbidding girls to go to school, she remained poised and continued to fight for a woman’s right to education. In 2012, Yousafzai was shot by a masked gunman while riding home from school with a group of other girls. The gunman asked for her name, and shot her in the left side of her head. She didn’t let the attack silence her though.

Since recovering in England after the shooting, she’s launched the Malala Fund to fight for the rights of the "600 million adolescent girls in the developing world.” She’s spoken before the UN, and has written a book entitled, “I Am Malala: The Girl Who Stood Up for Education and Was Shot by the Taliban.” In 2014, she was awarded the Nobel Peace Prize. She was the youngest person, and first Pakistani, to receive the award.

Yousafzai’s trip back home is a reminder of bravery, strength and the power young people hold in this world. It's an inspiring time for teenagers around the globe who are finding their voices and advocating for change.

Yousafzai has publicly applauded the work of the Never Again teens, who are working to enforce stricter gun control laws in America, following the school shooting in Parkland, Florida, that left 17 dead. In an interview with David Letterman, on his new Netflix series My Next Guest Needs in early March, she said “These young people will see an impact now because they have seen an issue, they have seen an injustice, and now they're speaking out.”

“Their voices can be heard and I will say to them, ‘Believe in yourself, believe in your voice and your voices won't get wasted,’” she told Letterman. “So just continue in this fight and you may not hear your voice right away, but it will have an impact in the end.”

According to NBC, Yousafzai’s trip home is a short one as she reportedly will return to Britain on Monday where she’s been living and attending Oxford University. She did say however she plans to return to Pakistan permanently when she’s completed her studies. Yousafzai also reportedly told reporters she will continue to miss Pakistan when she leaves.

"I miss everything about Pakistan ... right from the rivers, the mountains, to even the dirty streets and the garbage around our house, and my friends and how we used to have gossip and talk about our school life, to how we used to fight with our neighbors,” she said.