The Year Abba channeled Phil Spector and conquered the world

The band saw the Eurovision Song Contest as the key to global domination, and somehow they were right 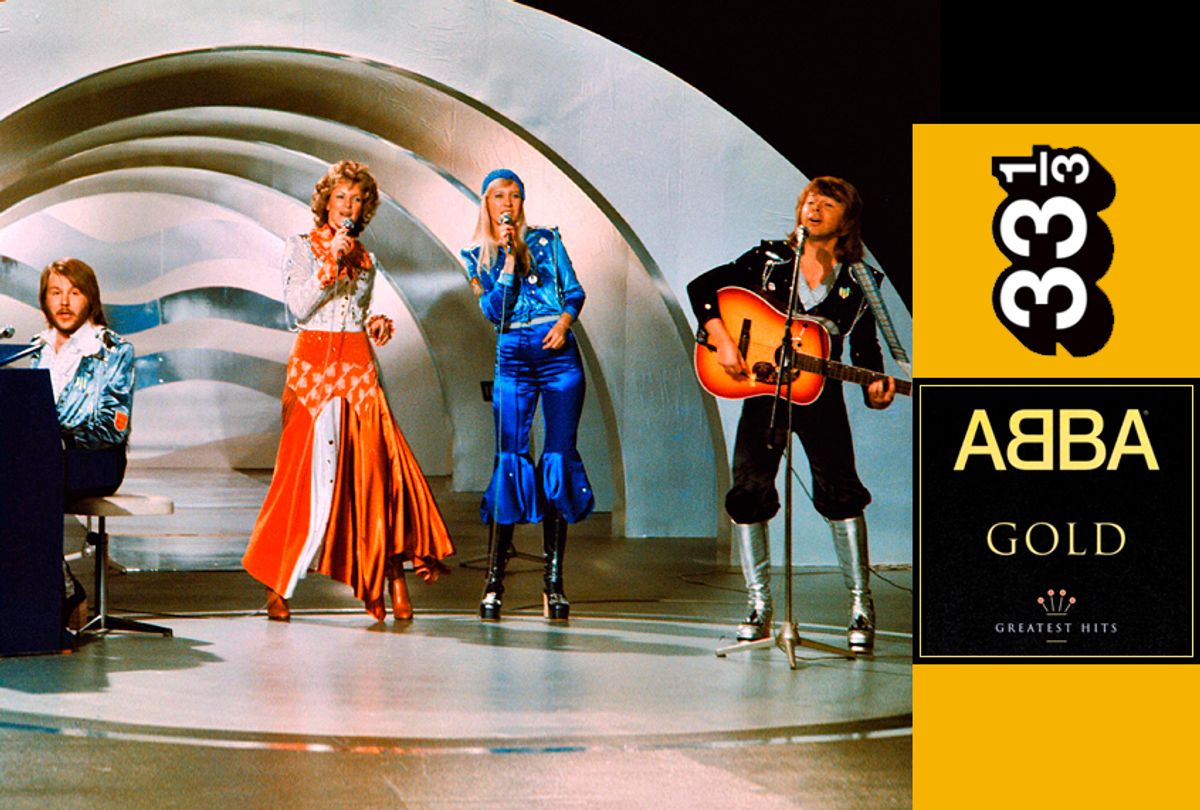 Now, of course, the Eurovision Song Contest is tainted with the unmistakable whiff of overripe cheese, its aura as a star-making enterprise intact only in Baltic countries and republics from the former Yugoslavia. But back in the early '70s, the contest was hot and Abba was really, really keen on entering. Starting in 1969, when Frida's “Härlig är vår jord” placed fourth, one or more of the future Abba members would be semi-regular presences in the Swedish heat, called Melodifestivalen—the Melody Festival. In February 1973, Björn & Benny, Agnetha & Frida's “Ring Ring" came close but again they didn't make it past the national elimination process. Undaunted, the group went back to the drawing board and tried again. Never mind that “Ring Ring” was a sizable hit in Sweden and in several European countries–except England–and thus could have made a solid base from which to expand: According to Björn, “We knew that the Eurovision Song Contest was the only route for a Swedish group to make it outside Sweden."

And so the recording session for “Waterloo” (or “Honey Pie,” as it was known before lyricist Stig Anderson settled on something so much more pop—the name of an early 19th century battle) started on December 17, 1973, at Metronome Studio. The musical nucleus we are now familiar with was already in place: Janne Schaffer, Abba's preferred guitarist in the early '70s, is credited for coming up with both the main guitar and bass parts, while soon-to-be-Abba-stalwarts Rutger Gunnarsson and Ola Brunkers were also on board. The texture of the song is incredibly dense, and [engineer Michael B.] Tretow is open about the Phil Spector influence. Indeed shortly before recording “Ring Ring,” Tretow had read Richard Williams's book "Out of His Head: The Sound of Phil Spector," which gave him the idea to overdub instruments. This proved to be one of the most influential factors in what would become the Abba sound.

On March 4, 1974, a few weeks after the band had finally managed to win its ticket to Brighton (where the Eurovision contest was to be held that year), both “Waterloo” and the album of the same name were released; they were the first to bear the name Abba. On April 6, 1974, the song easily won that year's Eurovision Song Contest, held at Brighton's Dome, in England. Abba's closest rivals had been Italy's Gigliola Cinquetti with “Si” and the Netherlands' Mouth and MacNeal with “I See a Star” (both songs, like “Waterloo,” made the British Top Ten). “Waterloo” turned out to be Abba's first No. 1 hit in several countries: England succumbed in May and the group's first British gold single was awarded, and the American charts were conquered as well with a No. 6 rank. A German version was recorded in March and a French one in April, a couple of weeks after the victory (the latter was a brilliant coup, selling the French a song named after one of their most famous defeats). The French adaptation was done by Claude-Michel Schönberg, who would go on to cowrite "Les Misérables"—just one more in a series of serendipitous musical-theater associations (after all, it wasn't someone hip like, say, Serge Gainsbourg who was asked to do the adaptation).

In retrospect, it's funny that Stig and the boys thought the Eurovision could bring them world success, as historically the contest has failed to launch longterm careers. Few established stars have ever subjected themselves to the competition, and few fledgling artists have succeeded because of it. Julio Iglesias's fourth place in 1970 isn't what turned him into a global sex symbol; Celine Dion won in 1988, sure, but she was already doing quite well in Francophone countries and her ensuing English crossover success would be triggered by her association with Disney (when she sang “Beauty and the Beast”), not a much-derided song contest.

What was important in the Eurovision mystique was that it functioned as both an over-heated European reaction to the Anglo-American domination of pop music in the '60s and '70s and as something that couldn't possibly compete with said domination. As Simon Frith and Peter Langley wrote [in a 1977 article in Creem], “Rock is an essentially Anglo-American enterprise, and most other countries do have their rock groups. Abba, by entering the Eurovision Contest, made clear they weren't one of them.” Not only did they not “rock”, but there was the issue of the band members' utter Swedishness. For instance, they never worked with hot-shot American or British producers (except for the trip to Miami); they collaborated with Swedish musicians in Swedish studios. This explains why Benny remarked that “It was very hard to maintain, even in your own eyes, that the song we were working on was just as good as the one that for example the Hollies were having a hit with at the same time." [Palm, 1994] But to its credit, the band never relinquished its identity as a non-English, non-American group. For those of us who are Continental Europeans, this was as important as the songs themselves.

In a 2002 interview, Björn noted that “For the main part of the group's lifespan, the critics despised us." You only have to read Robert Christgau's reviews of the band in the '70s to encounter beautifully preserved American scorn. In a review of "Greatest Hits," he sneered that "Americans with an attraction to vacuums, late capitalism, and satellite TV adduce Phil Spector and the Brill Building Book of Hooks in Abba's defense, but the band's real tradition is the advertising jingle, and I'm sure their disinclination to sing like Negroes reassures the Europopuli. Pervasive airplay might transform what is now a nagging annoyance into an aural totem. It might also transform it into an ashtray. God bless America, we're not likely to find out which.” (Of course, it's always satisfying to see how rock fans and critics are always the first to cry censorship when their defiant posturing is met with hostility, only to absurdly feel that their very identity is threatened by pop songs.) There's no denying that Abba represented the exact opposite of rock values: It came from one of those sissy Scandinavian countries, softened to the point of disgusting weakness by social-democracy; it was clueless when it came to rebellion (by then written up as the most desirable form of expression); and, jeez, look at what they were wearing! Erasure's Andy Bell hit it squarely on the head when he said “I think the European public were a little more open to the Abba phenomenon, seeing that they had become well-known throughout the continent via the Eurovision Song Contest—it has a certain cachet with the queens but there's still a certain naffness being associated with the competition. In the eyes of the macho rock fraternity, the band was never able to shake off this stigma. For me, I embrace any kind of stigma and try to empower myself with it a bit, like reclaiming the word queer. Being a total nelly in school, I made it cool to like Abba."

Elisabeth Vincentelli contributes to The New York Times, The New Yorker and The Village Voice. She also co-hosts the American Theatre magazine podcast "Three on the Aisle." She wrote the liner notes to a reissue of "Abba Gold."