RNC head: "Democrats hate our President more than they love our country" 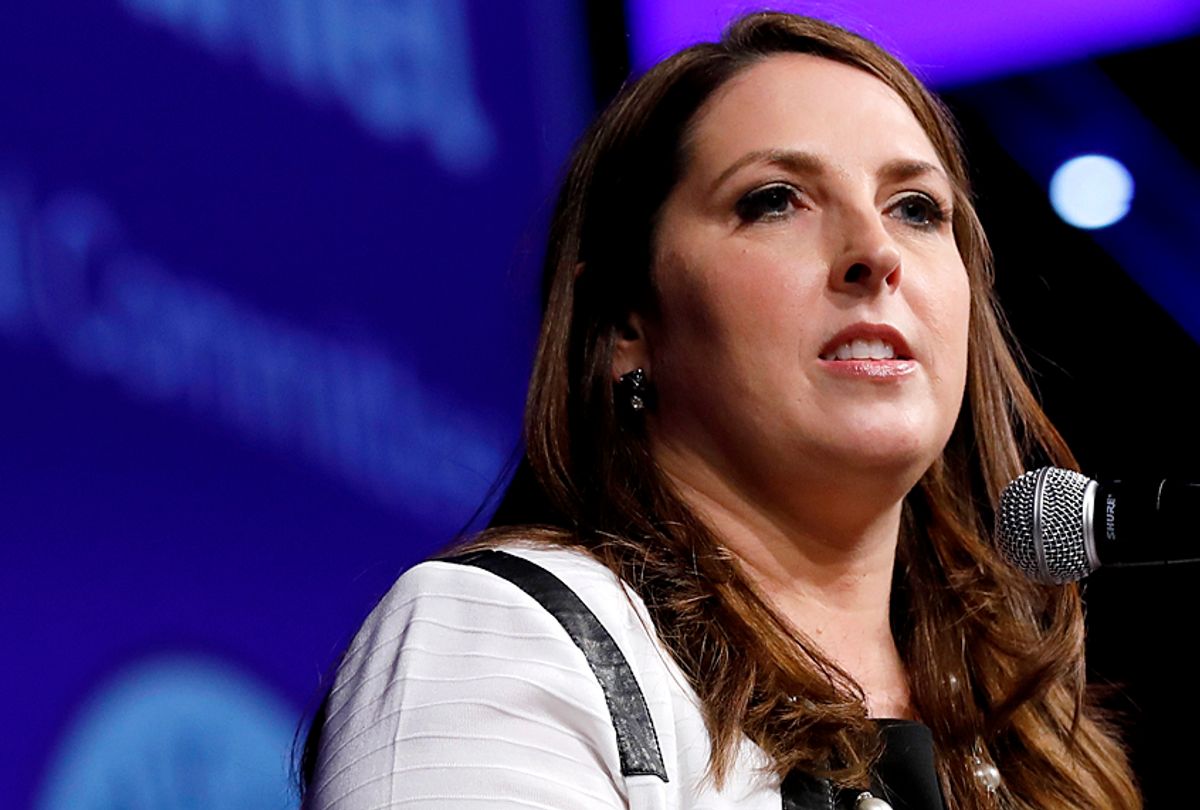 Last week, the head of the Republican Party took to Fox News, effectively the communications arm of the party, to declare the opposition party more interested in winning elections that finding policy solutions to major problems facing this nation. This week, she followed up her divisive comment by questioning the patriotism of Democrats.

“Democrats don't want to deal with the president because they want to use it as an issue going into the 2018 midterms and the president is right to point it out,” RNC chairperson Ronna Romney McDaniel said during an interview on Fox News last Friday. “It's an absolute lie on behalf of Democrat leadership they care about the DACA recipients more than they care about this next election,” she said just moments after President Trump threatened to veto an omnibus spending bill.

On Saturday, she took to Twitter and wrote: “Democrats hate our President more than they love our country.”

The egregiously derisive tweet sparked much outrage — but has yet to be deleted.

According to CNN's Jake Tapper, the context for the tweet doesn't help McDaniel's case much. Tapper tweeted, “RNC source tells me McDaniel said this after State of the Union re: Dem lawmakers not standing for POTUS talking about black unemployment going down etc & was chagrined to see it tweeted by staff outside that context, as if she was attacking all Dem voters, esp during Holy Week.”