Someone hurt my son: Helping an adult with autism heal from trauma

We moved Nat, 26, home with us for 8 months to heal physically, mentally and emotionally 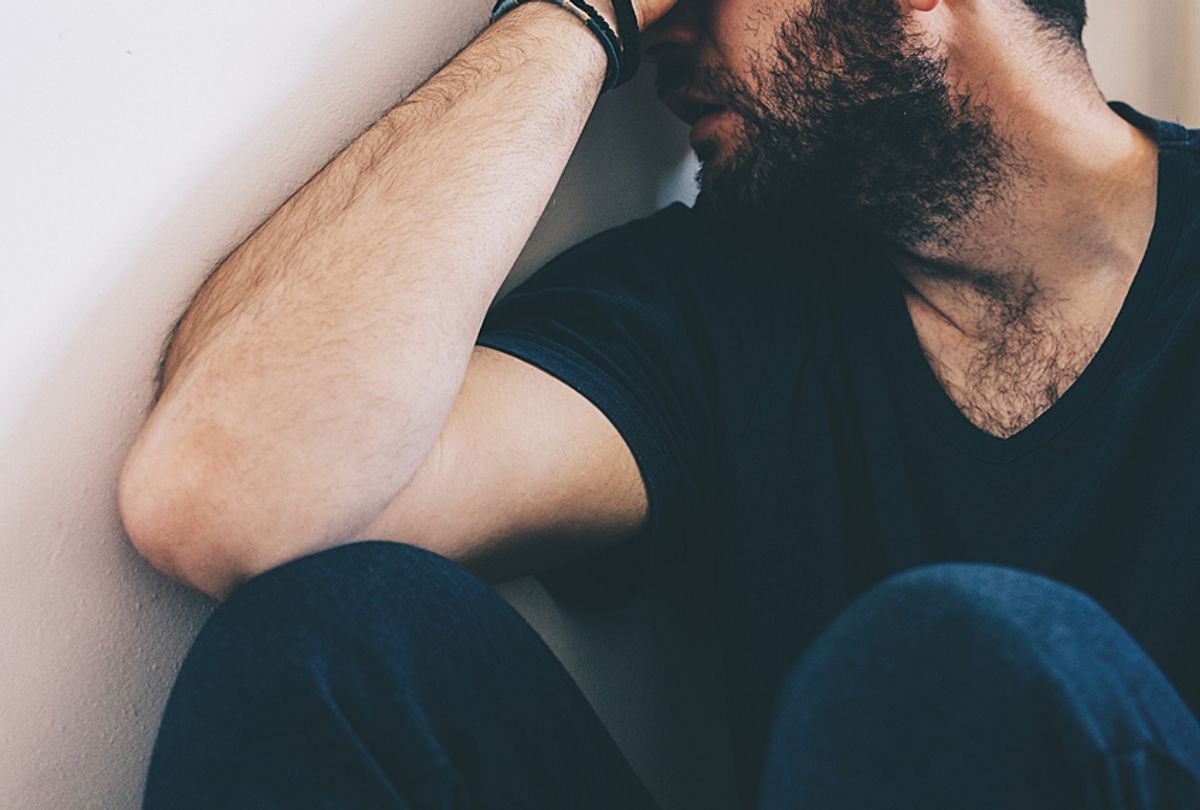 The following excerpt for Susan Senator’s revised and updated edition of Autism Adulthood explores the all-too-familiar case today of caring for adults with autism. In the following passage, Susan recounts her own experience caring for her adult son, Nat, and the ensuing complications, issues, and concerns.

On July 3, 2016 we were headed to a friend’s holiday party and I called my twenty-six-year old autistic son Nat upstairs to put on a new, festive shirt. He pulled his shirt off and there, screaming at me from his thin white chest, was a big yellow bruise. Fist-sized. I screamed for my husband, Ned. “Someone has hurt Nat!” I looked at his body again, horrified, nauseated at what I was seeing. And there were more: faint fingerlike bruises on his shoul­ders—and more, fainter, yellow circular bruises on his upper arms.

An investigation took place. But we had already been told that we may never know what happened. We were learning that this is the way it goes when someone of limited expressive ability gets hurt. “Unreliable reporter” was what they called him.

We pulled Nat out of all of his settings and he lived at home with us for nearly eight months. I did all I could to surround him with love, food, fun. Ned took him on long walks. His younger brother Ben stayed with him when we had to meet with the Department of Developmental Services (DDS) investigating team. Nat’s other brother Max came up just to be there for us. My sister drove five hours to stay overnight to see Nat, to take care of him and me. To be sure that her godson was okay. My parents, Ned’s family, all our friends formed strong glorious walls of support for us.

But still. I didn’t know how I would ever trust anyone again when what I wanted to do was rip heads off people.

It takes a lot of force to break ribs. But it takes one glance at a sickly yellow bruise to break a heart.

For most of July we were reeling. I spent a lot of time crying and wrapping Nat up in my care, and in the most basic expres­sions of Motherlove—making his favorite food, arranging his room so that it was comfortable and cheerful for him, pillows, comforters, CDs spread out on the floor. I compressed my brain into one shape, one thought: How do I help Nat heal? What are his favorite things? And the answers came easily: physical activ­ity, people his own age, travel, car rides, vacations, plane rides. That’s when I remembered the sports camp: Ascendigo, a camp in Colorado, where he’d gone for three summer weeks as a teen. What beautiful, blissful weeks those had been for Nat. The camp specializes in outdoors and even extreme sports like rock climbing and zip lines. I asked him about it, and he jumped at it. I then had to arrange it all very last minute and find the money to cover it. If it’s meant to be, I told myself, it will happen. And it did. They had a slot, and I found flights for us.

Camp went as wonderfully as we had hoped. The two weeks were very smooth, with Nat taking special pleasure in a new sport: horseback riding. And Ned and I had time to figure a few things out about what to do next—what supports we could find for him, a part-time staff person to work with him in our home. A new day program. By August, we were able to start looking into the future, such as his daytime occupations. What should he be doing with his time? He didn’t want to return to his old job of putting away shopping carts at a supermarket. So what else could we find for him? I did what I’ve always done: ask other moms who seemed happy. Nail down the places with the best reputations, the places that communicate a lot with the parents, the programs that offer choices, with consistent, com­passionate staff. A place with a diverse, friendly peer group. Then we’d visit them. Take Nat along and see how they respond to him, and he to them. Cheerful people, fun choices, open spaces, lots of eyes on him. I found three such places but in the end chose the closest to home. And so August was Nat’s transition back into a daily routine.

September brought with it transition to schedules and calen­dars, pastel gardens fading to jewel-toned burnished leaves. The soft summer air became more defined, and time ordered itself into slots. I settled into Nat’s new routine, and suddenly I had much more time—to teach and even to write a little. I could feel my body coming back to its old form, sensible eating, hardening of muscles. I was reemerging, following Nat’s lead—though not healed yet.

I started to think even longer term, to the time when Nat would move back into a home of his own. Even with the uncer­tainty of what had happened to Nat, I believe he should live as independently of us as possible. But only if he’s safe.

I determined that I would not rush this. Somehow, after the initial stress of having Nat back in our house 24/7, the worry of how to care for him as an adult, to get to know him as a roommate essentially, we reached a kind of symbiosis. I got to know this older, more mature, more together Nat. Not that he was totally mellow or easy—he also developed some really noisy stimming, some loud fake-sounding laughter, and occasionally would become really mad at us for somehow disappointing him and start biting himself and screaming. This could have also been delayed post-traumatic stress reactions, flashbacks to what had occurred in June.

Through the summer and into the fall, I was having a very hard time managing my feelings about what happened to Nat. Very often, I would have nightmares. I would talk about whether Nat was happy or okay too much to Ned. I felt that I hadn’t protected Nat well enough and I just did not know how to move forward. But even more, I was so worried about how Nat had internalized all that had happened to him. How would someone who has a communication challenge like his talk through and make sense of trauma?

By early fall, he became more destabilized—most likely he was fully processing his trauma. This volatile situation made our lives scary and restricted all activity outside of our four walls. We were learning once again, as we had when he was seventeen, that we alone could not help Nat live a functional life.

The search for a new home became more serious. By October, we had to be aware of Nat’s noise and mood, and choose outings wisely. Keep to our routines, for the smallest change would set him off. His anxiety only became worse and he would have fright­ening, loud, self-injurious outbursts that shocked and dismayed us. I’m sure he hated feeling so out of control, too.

That was our life until December, when an opening came up in a nearby group home. Our new service provider told us that we might not feel it was a match for Nat because the other men were much older than him. But the group was an active bunch, with a bowling league and basketball hoop and treadmills in the basement. The group had been together for fifteen years, so it was a stable house.

We went to see it, wending our way through small back roads that led into one of those incredibly narrow Boston streets, where cars park on both sides leaving just one lane. The house was in good shape, and right away I was struck by warmth and quiet. It was dinnertime and Nat was invited to eat with them. He seemed comfortable there, plopping down on the living room couch without hesitation, and then diving into dinner like he was already living there. After a few outings with the guys, we felt like this could be a good fit.

He moved in at the beginning of February, and by March he had settled in pretty well. It took me a long time to get used to things—I was so reluctant to trust anyone with Nat. I drove the manager crazy with worry and micromanaging details like his meals: “He doesn’t like bread, why are they giving him sand­wiches!” I’d cry. But then I’d hear that he was choosing to make the sandwiches on his own, and not throwing his lunches away.

This sort of mothering with my heart in my mouth was both old and new to me, where every event brought a whisper of worry in my ears, and a constant, light pressure on my shoulders and heart. After a while, though, you get used to this, the weight of love.

Excerpted with permission from "Autism Adulthood: Insights and Creative Strategies for a Fulfilling Life, Second Edition" by Susan Senator. Copyright 2018 by Skyhorse Publishing, Inc. Available for purchase on Amazon, Barnes & Noble, and Indiebound.