The gay appeal of superheroes

For gay comics fans like me, superhero comics have always had an extra frisson 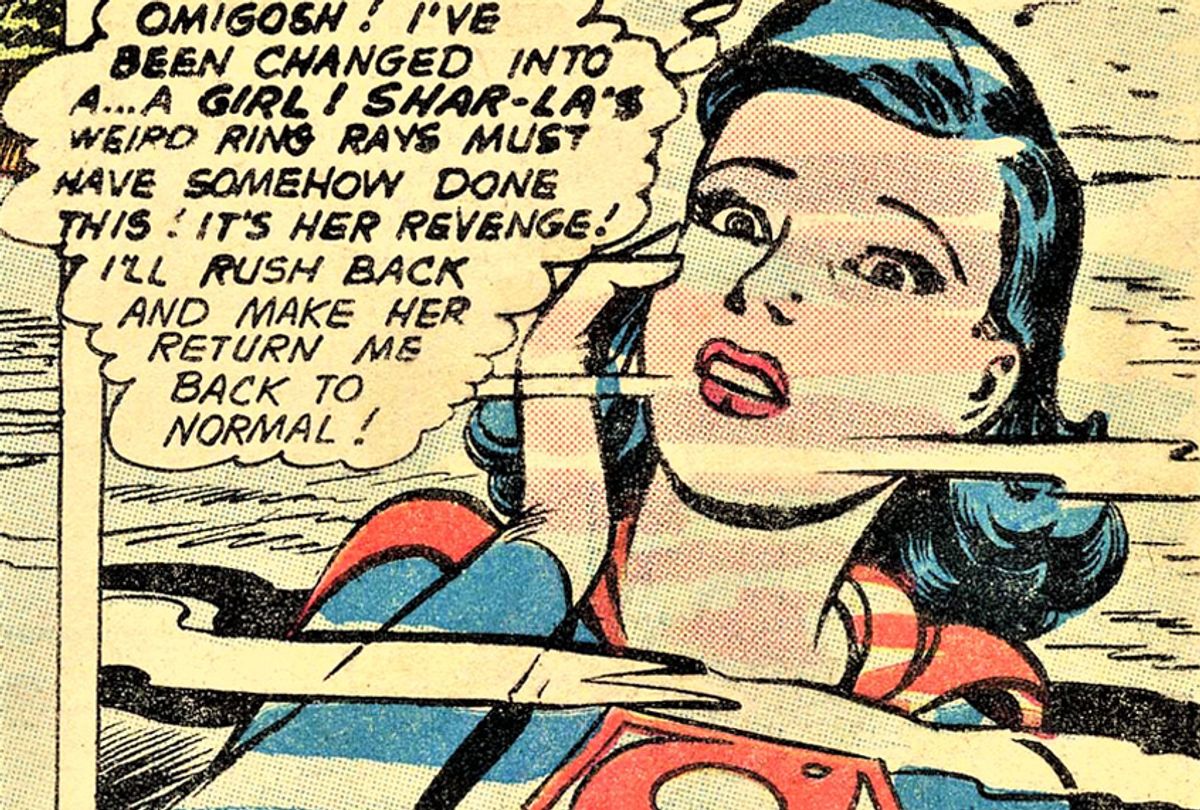 Excerpted from: "Sense of Wonder: My Life in Comic Fandom – The Whole Story," by Bill Schelly. Published by North Atlantic Books (April 17, 2018); reprinted with permission.

Empowerment fantasies are the heart and soul of the appeal superheroes have for readers of any sexual orientation. The desire to escape the humdrum world around us motivates all of us to enter into a world where people have powers and abilities “far beyond those of mortal men” and where things can transpire that don’t happen in everyday life. Also driving us is the human race’s universal need for stories.

There are, however, ways in which the appeal of superheroes is different for a homosexual male than for a heterosexual male. My straight friends like comics featuring what collectors call “good girl art,” that is, comics that feature the female form prominently and use sexual titillation to at least partly generate sales.

For gay comics fans like myself, virtually all superhero comics feature “good guy art.” Obviously straight guys notice the prominence of the male physique in comics; they just don’t experience it as anything sexual. For gay comic book readers, superhero comics had always presented that extra frisson of the male body drawn as if covered but delineated in ways to reveal the hero’s every rippling muscle.

Confession time: I found myself paying close attention to the way Spider-Man’s skintight costume fit, especially in the crotch. A special page in the Amazing Spider-Man Annual #1 detailing the features of Spidey’s costume was sexy as hell. Unlike the way other artists drew the male hero in tights, Ditko’s handling of Spidey actually included a bulge where Peter Parker’s male organs nestled. Yes, Peter Parker had a dick, and he had balls. (His bare feet and bare midriff shown as he was about to strip added to the hotness.)

Then there’s the wearing of a colorful costume. I used to fantasize about how cool it would be to wear such a getup, which was beyond the pale in the real world for anyone but a ballet dancer or a circus performer. This wasn’t true of me, but I can imagine other gay readers being attracted to the wearing of a superhero costume almost as a form of drag. Wasn’t that what “camp” was more or less about? One can imagine the young, hot members of DC’s Legion of Super-Heroes voguing at a meeting in the Legion Clubhouse, each one playfully displaying his or her outfit before the others.

I do wonder what straight readers made of Jimmy Olsen’s adventures in female impersonation in such stories as “Miss Jimmy Olsen!” (Superman’s Pal Jimmy Olsen #44, 1960), where Jimmy disguises himself as a woman to get close to a gangster and find out where he’s hiding stolen gems. I can only imagine what a boy experiencing what is now called “gender dysphoria” felt while reading “Claire Kent, Alias Super- Sister!” (Superboy #78, 1960), a story where Superboy dreams an alien has changed him into a girl. That tale is overdue for reprinting.