Anti-abortion activists trained the right to accept and perpetuate lies. Now the problem has metastasized 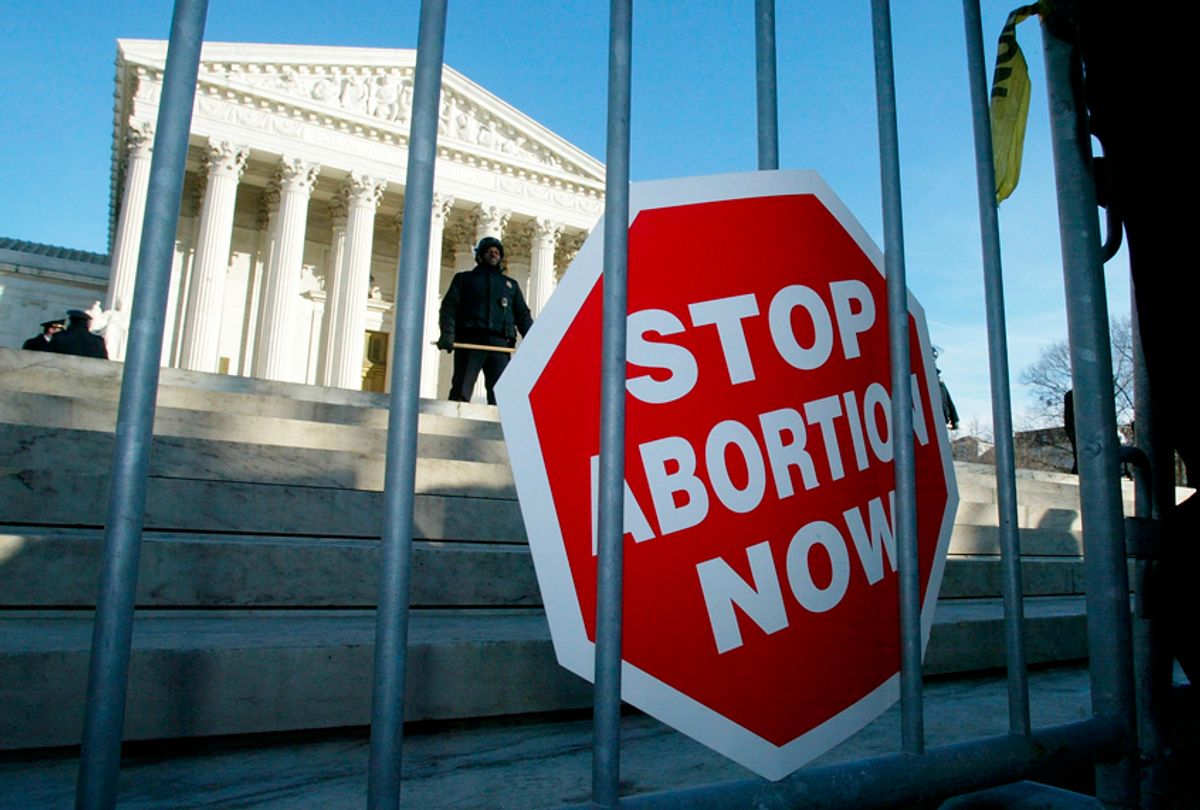 The name of Cambridge Analytica may be poison after the recent controversy about how the firm acquired and used personal data from Facebook, but those tactics aren't going away any time soon. As Fintan O'Toole of the Irish Times reports, Cambridge Analytica alum Thomas Borwick and his firm Kanto have been hired to convince voters in Ireland to uphold a constitutional amendment that bans abortion. If that amendment is repealed, it will open the door to legalizing the procedure that has been unconstitutional since 1983.

O'Toole suggests that the hire means that anti-choice activists both in Ireland and abroad intend to use "the dark techniques that were so successful for Trump and the Brexiteers" and that a "firestorm of fake news is coming" to Ireland in advance of the national referendum in May. There's reason to worry. As Sharon Kann of Media Matters laid out, there's evidence that anti-repeal forces are preparing to unleash a firehose of lies and nonsense on social media.

There's no reason to find this surprising. It's standard operating procedure for the anti-choice movement to deploy lies and conspiracy theories to fight against women's rights. In fact, I would argue that anti-abortion activists popularized the disinformation strategies widely adopted by Donald Trump and the populist right across North America and Europe. Anti-choicers are the OGs of fake news.

Back in the 1970s, the religious right came to realize that dishonesty was their most effective weapon in the fight against reproductive rights. Opposition to legal abortion has always been rooted in hostility to women's equality and sexual liberation — which is why anti-choice groups and religions also tend to oppose premarital sex, comprehensive sex education and contraception — but by claiming that they were "pro-life," anti-abortion activists could confuse the issue and garner more sympathy than they would have by admitting their true motivations.

But while that deception has fueled the movement for decades, what is really remarkable to someone like me who has covered the anti-choice movement for years is the way the entire movement is built on lies and conspiracy theories. In every area of anti-abortion activism and virtually every argument, there is a lie. Long before Donald Trump set foot on the political stage, abortion opponents really mastered the dark art of deceptive propaganda.

Here are just a small sample of the falsehoods that anti-choicers have promulgated, and around which they've often built legislation:

There's plenty more, including racist accusations that people in East Asian cultures eat fetuses, but readers get the picture. In a very fundamental and disturbing way, the anti-choice movement has decided to build its entire worldview and ideology on lies.

That pioneering effort really led the way to the Trump era, where right-wing lies are the new normal and the term "fake news" has itself been appropriated by conservatives to demonize any news story they find disagreeable. In retrospect, it seems likely that happened because conservatives got used to the idea that it was OK — even desirable — to lie in service of the anti-abortion cause. After that, they were wide open to the rapid expansion of lying as a tactic.

Deception has consumed all corners of the conservative movement. Donald Trump is just the latest and most extreme expression. Lies are how Republicans roll these days, from their years of pretending "Benghazi" was a thing to Senate Majority Leader Mitch McConnell pretending to have principled reasons for blocking Barack Obama's Supreme Court nominee to House Speaker Paul Ryan pretending to be a deficit hawk as cover for his real agenda of slashing taxes on the rich.

The question, of course, is why. Looking at the many decades of anti-choice lies, I think, helps illuminate the situation. For anti-choice activists, constant lying trained their followers to disinvest completely in not just the concepts of evidence and rationality, but also in any impulse towards decency and empathy. Getting used to the immoral act of lying paves the way for larger immoral acts -- in this case, fighting to deprive women of necessary health care.

This really helps explain the value of lying for authoritarians like Trump, even outside the immediate value any single lie can bring. Creating a system of disinformation gets one's followers to abandon their attachment to outside values, and instead orients them towards the single cause of fierce loyalty to their tribe. Trump's followers repeat lies to demonstrate their loyalty to him, just as anti-choice activists spout lies to show their commitment to the cause.

Unfortunately, my experience reporting on the Christian right for more than a decade suggests that outsiders can do little to fix the problem. Religious conservatives have been telling lies about gender and sexuality for so long that they had little difficulty shifting to telling ridiculous lies about Trump, such as claiming he's a Christian. Virtually the entire universe of conservative politics has been sucked into the vortex of disinformation, with no obvious way out.