Justice Breyer even suggested all sides weigh in once again, and for another hearing be held 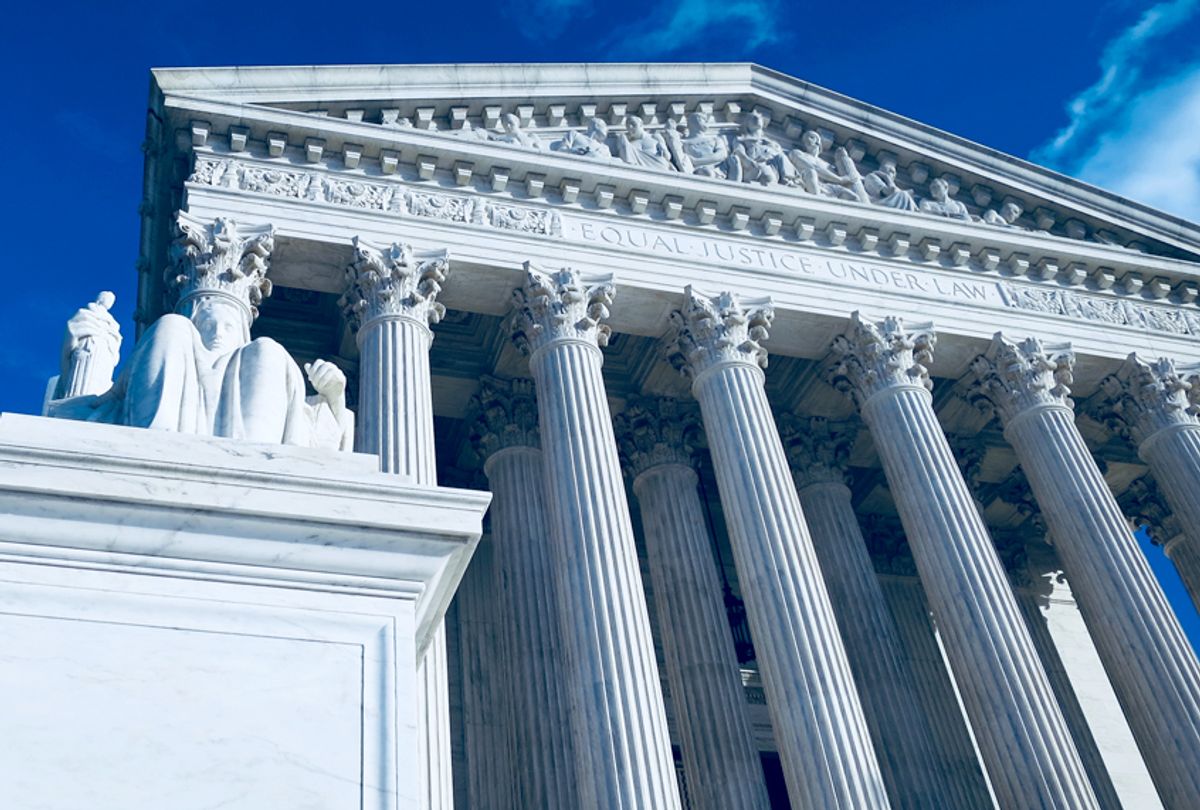 One of the most anti-democratic features of the political landscape does not appear destined to change before 2018's midterm elections, even though extreme gerrymanders this week returned to the Supreme Court for the second time this term.

On Wednesday, liberal and conservative justices visibly struggled with how to rein in partisan gerrymanders in a Maryland case. But because the 2018 election is underway — and judges are hesitant to disrupt elections — and the earliest ruling is months away, it appears congressional maps in the most gerrymandered states will remain for 2018’s midterms.

The only exception appears to be Pennsylvania, whose state Supreme Court earlier this year threw out a Republican-authored map for its House districts for violating the state constitution. The court's expert created a new statewide map, giving Democrats chances to pick up several seats. (Top Republicans have called for impeaching the justices who ruled against them.)

But from a national perspective, Democrats seeking to regain a House majority will likely face the same anti-competitive districts that they have seen since 2012. Despite close statewide popular vote results, the GOP typically wins more seats.

“Because of maps designed to favor Republicans, Democrats would need to win by a nearly unprecedented nationwide margin in 2018 to gain control of the House of Representatives,” the Brennan Center for Justice at New York University Law School said in an analysis released before the Court’s hearing. “To attain a bare majority, Democrats would likely have to win the national popular vote by nearly 11 points. Neither Democrats nor Republicans have won by such an overwhelming margin in decades. Even a strong blue wave would crash against a wall of gerrymandered maps.”

This week’s partisan gerrymandering case is from Maryland, where in 2011, top Democrats bragged about creating an additional House seat. The party drew district lines that deliberately included more Democrats and excluded Republicans. (That's a rare example of a Democratic gerrymander. In contrast, Republicans in 2011 targeted 16 states with 190 House seats for partisan gerrymanders, creating a House majority that has held ever since.)

The Maryland gerrymander was a clear abuse of power, the court’s liberal justices said Wednesday. Elena Kagan said, “How much more evidence of political intent do we need?” Sonia Sotomayor said the state’s Democratic leaders “were very upfront.” Ruth Bader Ginsburg noted that the court has rejected race-based gerrymanders targeting blacks, so “if ‘max-black’ [districts] was no good, why should ‘max-Democratic’ be okay?”

But the problem, as the court’s swing vote, conservative Justice Anthony Kennedy, alluded to, was figuring out the standard for determining when partisanship crosses a line and becomes an unconstitutional abuse. In another case also before the court, lawyers for the political losing side have argued that it’s possible to measure how extreme gerrymanders waste votes. In Maryland, the issue was whether the voters’ constitutional rights were harmed.

“Suppose the Maryland constitution had a provision that required that partisan advantage for one party be the predominant consideration in any districting. Lawful or not?” Kennedy asked Maryland’s solicitor general Steven Sullivan, who replied that it would be illegal. Kennedy then asked, “How is this case any different?”

Maryland’s constitution has no such gerrymandering clause. But Democrats who segregated its voters to gain an additional congressional seat acted like it did. That move, of course, prompted the state’s Republicans to sue to get back that House seat.

The opposite partisan scenario, in which the GOP used redistricting in 2011 to create a supermajority House delegation and state legislature, was the focus of the court’s other big gerrymandering case in Wisconsin, where the Democrats sued over the congressional map.

How to measure extreme partisanship?

In both cases, the court was presented with different legal theories and ways to measure excessive partisanship. In both cases, questions and comments from the justices did not suggest they were anywhere near a legal standard — or a mathematical analysis — that could be issued as the new law of the land. That absence of a clear remedy, or test, prompted Justice Stephen Breyer to suggest that the court ask all parties in these appeals — and another case from North Carolina — to submit another round of briefs, or analyses and arguments, and then hold another hearing to debate the “pros and cons.”

“The people who do the gerrymandering are not stupid,” Breyer said, noting that the problem is much bigger than a single House seat in Maryland.

“So what do we do? Just say good-bye? Forget it?” Breyer said, in remarks addressed to the most conservative justices, who have previously said that excessive partisanship is part of human nature and politics and shouldn’t be regulated. “You’ve read these briefs [showing gerrymanders defy or overturn statewide popular votes]. If you think what’s happened now is something, wait until you see those [map-making] computers really working.”

Because the answer was not obvious, it’s unlikely the Supreme Court will make a ruling later this spring that will affect 2018’s congressional races. And it’s not clear that the Supreme Court will issue any decision creating political fairness standards before the 2020 election cycle or 2021, when the next round of once-a-decade redistricting begins.

Why? If the Democrats retake the House this fall, it'll be the biggest midterm landslide since the 1974 elections, according to the Brennan Center. However, the court’s conservative majority could say that epic turnaround was part of the "normal" pendulum swing of politics, even if that’s not so. As the Brennan Center noted, Democrats face a very steep climb to retake the House.

“As of mid-March, Democrats held an average [popular vote] lead of nearly eight percentage points, 48-40,” Brennan’s extreme gerrymandering analysis said. “Based on historical election results, a lead of this magnitude should net Democrats around 30 additional seats — comfortably more than the 24 they need to retake control of the U.S. House of Representatives. Because of gerrymandering, however, that is no longer the case. Even the court-ordered redrawing of Pennsylvania’s congressional map will only improve Democrats’ chances slightly.”