Winnie Mandela, known as the "Mother of the Nation," dead at 81 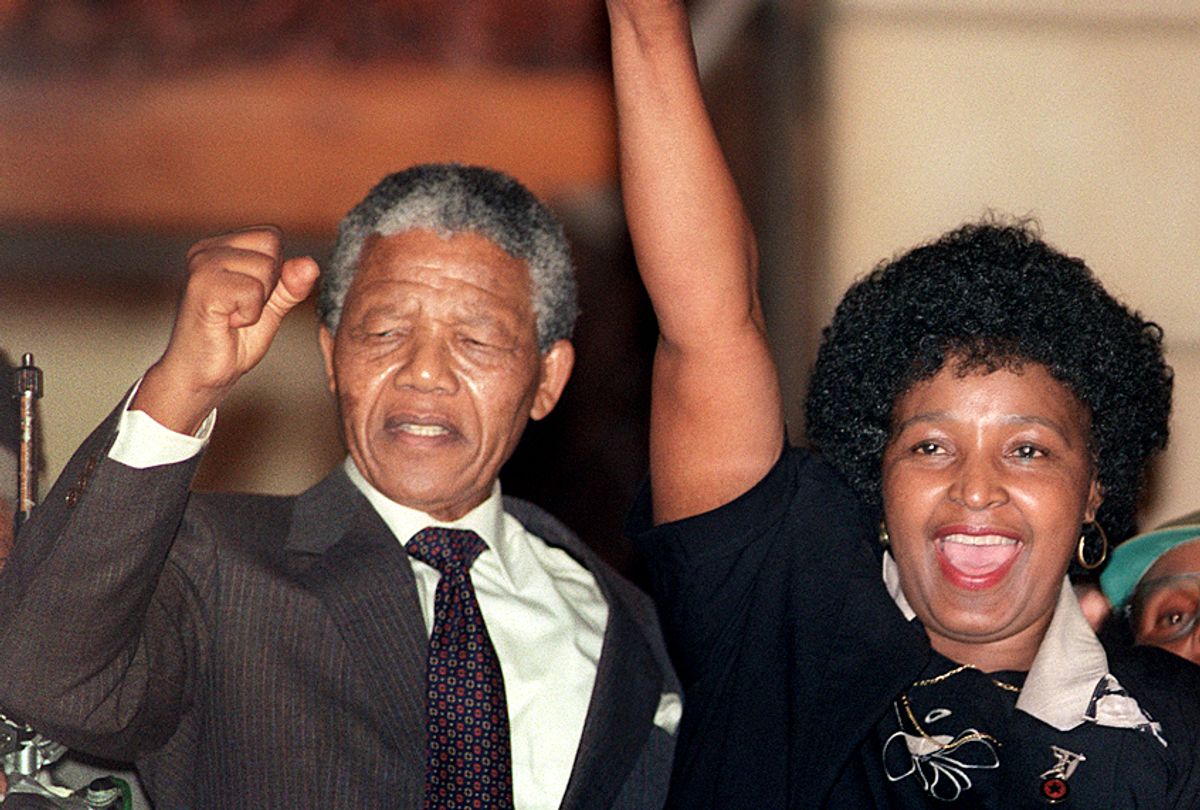 Family spokesman Victor Dlamini said Madikizela-Mandela "succumbed peacefully in the early hours of Monday afternoon surrounded by her family and loved ones" at the Netcare Milpark Hospital in Johannesburg, South Africa. He added that Madikizela-Mandela struggled with "a long illness, for which she had been in and out of hospital since the start of the year."

Madikizela-Mandela was married to Nelson Mandela for 38 years – the majority of which he spent incarcerated on Robben Island near Cape Town. The pair divorced in 1996, two years after Mandela's election as South Africa's first black president. The head of state later died in 2013.

But Madikizela-Mandela's political contributions were not defined by her relationship to her famous husband. "While he was in prison, she took on an increasingly political role, partly because of constant harassment by the South African security police," the BBC reported. "She became an international symbol of resistance to apartheid – and a rallying point for poor, black township residents who demanded their freedom."

In light of Mandela's incarceration, Madikizela-Mandela was officially "banned" from society, including being barred from moving and working freely. Five years later, in 1969, she was arrested and imprisoned for 18 months for anti-apartheid activities, 13 of which she spent in solitary confinement. Inside, she was beaten and tortured repeatedly. Madikizela-Mandela was incarcerated again for five months in 1976, the year of the Soweto Riots, and then banished to Brandfort – a remote and conservative white town.

When Madikizela-Mandela returned to Soweto in the mid-1980s, it was more violent as a result of police brutality and gangs. Her image began to shift as her rhetoric and tactics became more violent, too. "We have no guns — we have only stones, boxes of matches and petrol," she said at a rally in April 1986. "Together, hand in hand, with our boxes of matches and our necklaces, we shall liberate this country." Here, she referred to "necklacing," where suspected police informants or traitors were killed by forcing a gasoline-soaked tire around their necks and setting it ablaze. Later, she was protected by a vigilante gang, Mandela United Football Club. And in 1991, Madikizela-Mandela was convicted of ordering the kidnapping of four young people from Soweto from years prior.

In 2003, Madikizela-Mandela was implicated in another scandal, when a court convicted her of fraud and theft in connection to a bank scam. However, her motivations were viewed by some as admirable. "The sentencing magistrate compared her to a modern-day Robin Hood, fraudulently acquiring loans for people who were desperately short of money, but he said that as a prominent public figure she should have known better," the BBC wrote.

Throughout her later life, Madikizela-Mandela's popularity remained as a politician and revered freedom fighter. "Without condoning her misdemeanors, we must acknowledge that she is a victim. She is damaged and hurt," South Africa's future president Kgalema Motlanthe, who at the time was the secretary general of the African National Congress (ANC), said. "When someone is subjected to the kind of consistent persecution and harassment she suffered from the apartheid system, something is bound to snap. We understand that, and will always be there for her."

As the news of Madikizela-Mandela's death became public, largely that is how she is being remembered — for her bravery and unwavering commitment to racial equality.

Herman Mashaba, Johannesburg's mayor, wrote on Twitter: "My deepest condolences to the Mandela family for the passing away of the mother of our nation, Winne Mandela. She served our nation with distinction. May her soul rest in peace."

Retired Archbishop Desmond Tutu said in a statement that Winnie was a "defining symbol of the struggle against apartheid. She refused to be bowed by the imprisonment of her husband, the perpetual harassment of her family by security forces, detentions, bannings and banishment. Her courageous defiance was deeply inspiration to me and to generations of activists."

ANC National Chairperson Gwede Mantashe said, "With the departure of Mama Winnie, [we have lost] one of the very few who are left of our stalwarts and icons. She was one of those who would tell us exactly what is wrong and right, and we are going to be missing that guidance."