Veteran Fox Business host was a Trumper before Trump was. Now he reportedly calls in to White House meetings 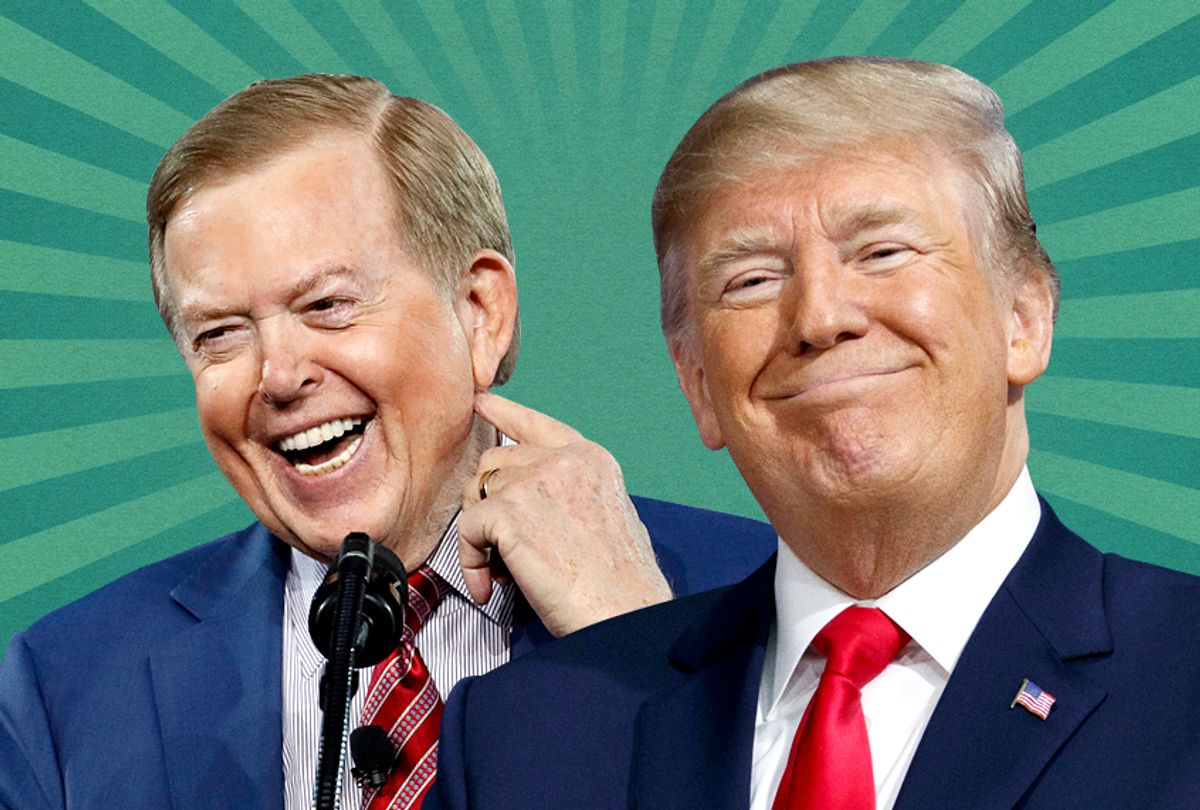 Anyone who's been observing American politics for any length of time will be familiar with the right-wing charge that the media has a liberal bias that makes it impossible for conservatives to get a fair shake. This has been around for decades, going back to speechwriter William Safire's famous screed against the "nattering nabobs of negativism" (written for Richard Nixon's vice president, Spiro Agnew) and backed up by studies showing that most journalists tend to vote Democratic, while ignoring the fact that most media companies are owned or run by wealthy conservatives. There are library shelves full of books on this subject on both sides of the argument.

As should be obvious, this is actually a clever political strategy deployed by cynical GOP operatives. Back in the 1990s, a powerful Republican official named of Rich Bond spilled the beans: This was really an effort to bully the press into trying to appease conservatives, thereby creating a rightward slant by default. He told journalists:

There is some strategy to it. I’m a coach of kids' basketball and Little League teams. If you watch any great coach, what they try to do is "work the refs" [meaning the media]. Maybe the ref will cut you a little slack next time.

According to Eric Alterman, author of "What Liberal Media," Bill Kristol, of current Never Trump fame, once admitted this, saying, "The liberal media were never that powerful, and the whole thing was often used as an excuse by conservatives for conservative failures." (Nonetheless, Kristol started beating the same drum again after George W. Bush was elected.)

This strategy led to the creation of Fox News, which adopted the fatuous slogan "fair and balanced" when it was anything but. Authors and right wing gadflies like Ann Coulter and Bernard Goldberg made a lot of money selling the stale old trope to conservatives. It certainly kept the press in line, if only by pressing them to be excessively harsh on Democrats, often creating a false equivalency in the process. At times this phenomenon took on a life of its own, as it did during the 2000 campaign coverage of Al Gore and again in 2016 with Hillary Clinton.

This belief in liberal bias is such an article of faith on the right that to deny it is to deny that the sun came up in the morning. To point out that Fox News has become a Donald Trump propaganda network, with a hotline directly to the Oval Office, is perversely seen as proof of it.

What sets Dobbs apart is the degree to which the president views him as a political and populism godfather, the #MAGA Socrates to Trump’s Plato.

It's true. He was Trump before Trump was Trump.

Dobbs was with CNN for 30 years before he jumped over to Fox as one of the first cable news stars. He was always obviously a conservative and openly hostile to liberals, but he didn't toe the usual Republican party line. Over time Dobbs evolved into a hard right wing populist with everything that implies, including white nationalism, xenophobia and selective outrage directed at certain industries and trade policies. Starting around 2007, he became obsessed with illegal immigration and then morphed into a full-blown culture warrior and birther conspiracist after Barack Obama was elected.

Back in 2010 Steve Bannon had even tried to persuade Dobbs to run for president and he seriously considered it. But at the time he was seeing serious success with his rebooted Fox Business show, after having studied the bombastic styles of Bill O'Reilly and Glenn Beck, so he decided to stick with his TV career. Donald Trump's decision-making process was remarkably similar.

These days, aside from his usual impassioned nativism, Dobbs is obsessed with the "deep state" and believes it's "time to declare war" on the FBI and the Justice Department to "clear out the rot." In his supposed view, those federal agencies "have broken the public trust by destroying evidence, defying oversight and actively trying to bring down the Trump presidency." His obsequious fawning over the president is more over-the-top than a teenage fangirl backstage at a Harry Styles concert. It's embarrassing.

According to Tani and Suebsaeng, Trump sees Dobbs as more than just a fan and an adviser:

Dobbs doesn’t get to just interview and socialize with the president; he is involved in some of the administration’s more sensitive discussions. During the first year of the Trump era, the president has patched in Dobbs via speakerphone to multiple meetings in the Oval Office so that he could offer his two cents, according to three sources familiar with these conversations. Trump will ask Dobbs for his opinion before and after his senior aides or Cabinet members have spoken. Occasionally, he will cut off an official so the Fox Business host can jump in ...

“He cherishes Lou,” a senior White House official told The Daily Beast. And the feeling is, evidently, quite mutual.

That's because it's like looking in the mirror. Alleged journalist Lou Dobbs and alleged president Donald Trump are reflections of each other, right down to the odd hair color, the war against immigrants and the deep state, and the fake news supposedly concocted on behalf of the American people. The liberal media doesn't know what hit it.