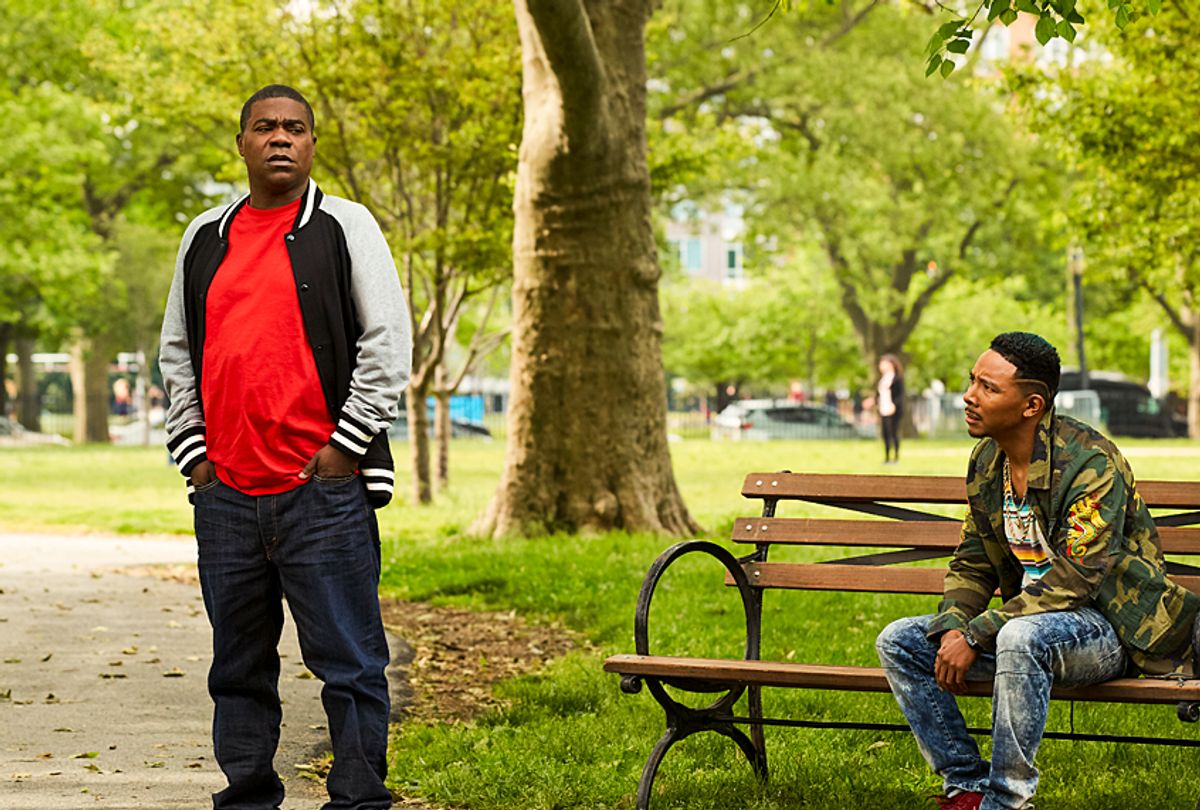 Tracy Morgan knows a thing or seven about second chances and starting over. Fresh off of a solid run in an NBC series, and on the verge of a production deal with FX, Morgan's fame was at its height when on June 7th, 2014, an 18-wheeler slammed into the rear of a chauffeured van Morgan hired to drive him home from a gig. The accident left Morgan in a coma for eight days with multiple fractures, and claimed the life of his longtime friend. There was a very real fear Morgan would not recover, or if he did, he would be fundamentally changed.

That makes his new TBS series "The Last O.G.," premiering Tuesday at 10:30 p.m., a miracle by its very existence.  Not only has Morgan returned, he still has the chops to headline a half hour. Make no mistake, however — Morgan's comedic style and presence has noticeably transformed whether due to or despite that terrible accident.

Expectations are high for "The Last O.G." for many reasons, some based in a curious desire to see Morgan whole and in action again, and some stemming from a residual love for his memorable "30 Rock" performer Tracy Jordan. And the continued prominence of "30 Rock" in the sitcom pantheon could mean that Morgan's character in "The Last O.G.," Tray, may have a tougher time winning over anyone expecting see the same freeform foolishness Morgan employed in his previous work.

Tray's life is nothing like Tracy Jordan's. Rather, he's a man frustrated and subdued by life, the opposite of the "30 Rock" star's absurdist master of navigating fame's rapids and tidal pools.

Morgan's Tray is a born and bred Brooklynite fresh out of prison after a 15-year prison stint for drug dealing. Much has changed in the decade and a half Tray spent in the cooler, and the initial half-hours of "The Last O.G." pull a great deal of fish-out-of-water humor out of that truth. When Tray went down his corner was ground-zero for dealing crack. In fact, he was the dealer.

Now its brownstones and stoops are clean and restored, and the only things making the block hot are the popularity of its nearby artisanal coffee shops, airy and overpriced eateries and designer boutiques.

Pulling apart of the irony of a Brooklyn's hipster gentrification is far from fresh territory in TV or film. Spike Lee's series version of "She's Gotta Have It" explicitly explored the clash and merger of the old and largely black Brooklyn and the new version that's been hipsterized into banality. It looked back with kindness, but it also viewed where Brooklyn is today with acceptance and celebration as well as bitterness.

"The Last O.G." plays with this dynamic in an entirely expected way, commencing with jokes about the high price of coffee and the ways the local demographic script has flipped. The main shocker for Tray is that his great love Shay (Tiffany Haddish), the woman who was still very much his round-the-way girl when he went away, is now married to a white guy named Josh (Ryan Gaul) who's been raising his two kids.

Within its first two episodes "The Last O.G." deftly skips through all the predictably difficulties Tray faces upon his release. Getting used to the new neighbors takes a moment, and he soon realizes that the dreams and talents he nurtured during his time in prison don't match up with his ability to be hired.

But once those are out of the way the series views Tray's life through a wider lens, transforming "The Last O.G." into a thoughtful story about what we leave behind when we make certain choices and the gains and price of adapting to change.

This makes "The Last O.G." an atypical work likely to clash against common expectations of what a Tracy Morgan comedy should feel like. It looks like a standard single-camera affair, mind you. With Morgan on the marquee and Jordan Peele and John Carcieri in the creators' seats, the bidding war that preceded the 10-episode comedy's landing at TBS is understandable.

Seeing the final product also makes it clear why FX, the network that initially ordered the pilot, ended up passing on it: "The Last O.G." is all compassion and heart and not at all outrageous. Indeed, it is a less of a sitcom than a weekly stroll with a guy with numerous strikes against him — he's a black, middle-aged ex-con with no work record. The odds will never be in his favor.

Yet Morgan emphasizes Tray's streetwise qualities and innate goodness, which runs counter to the image of the comedian's superior ability to clown up his parts. Tray circumstances are nothing to laugh at even though his story is the hook for a basic cable comedy.

Instead, he is awkward and stubborn, an old-school nasty flirt in a "cleaned up" neighborhood where the flavor's been watered down. In a new Brooklyn where white people feel safe, his aggressive overtures are laughed off as "authentic" color. But he's slow to catch on to these strange social cues, galumphing his way into situations he's not cut out for and refusing to accept that this this new Brooklyn may be a place that reared him but is no longer the home he once knew.

To make this show work, then, Morgan cannot play his character as a pure jester. The funniest person in the series, in fact, is neither Morgan nor Haddish, but Cedric the Entertainer, serving regular doses of comic relief as the head of the halfway house where Tray lands. Cedric the Entertainer is pretty much the same hilarious guy that he usually is, which "The Last O.G." needs.

Haddish, too, may be perceived as coming up short in her portrayal of Shay to those who have fallen in love with her over-the-top stand-up style. While it does feel odd to see her in a comedy she's not toplining — her career took a stratospheric leap between the time when this series went in production and now — the series writes Shay as a woman who has changed with the times and the culture and Haddish believably fills that role.

She's stretching beyond her routine here, allowing the story to shape Shay instead of jamming her comedic persona into the form of a woman astride a past she can't forget and the lucrative present of the new Brooklyn, where her kids attend private school and she can debate the merits of a fresh bruschetta recipe with her husband.

In the scenes they share, Haddish's chemistry with Gaul works well enough for us to pull for Josh as much as for Tray when the ex-con inevitably sets his sights on winning back his girl. Their contrasting dynamic is the highlight of one of the show's best episodes, in fact, a half-hour rooted in an examination of masculinity. Through Tray and Josh, seen in separate situations, the writers portray with simple finesse very different versions of what it means to be a man and a father without assigning greater or lesser value to either take.

"The Last O.G." brims with such thoughtful notes, even if it takes a few episodes to settle into its soul and embrace what it aspires to be. It looks like a straightforward comedy, and the fact that is it not as broad and more restrained than what viewers may have been expecting, could work against it. But if nothing else, it's a sanguine look at all the ways life changes us and the world around us; that's true of Tray and the man who plays him.  It's good to have Morgan back. It's even better to see him in a show that allows a glimpse at the ways that he has evolved.