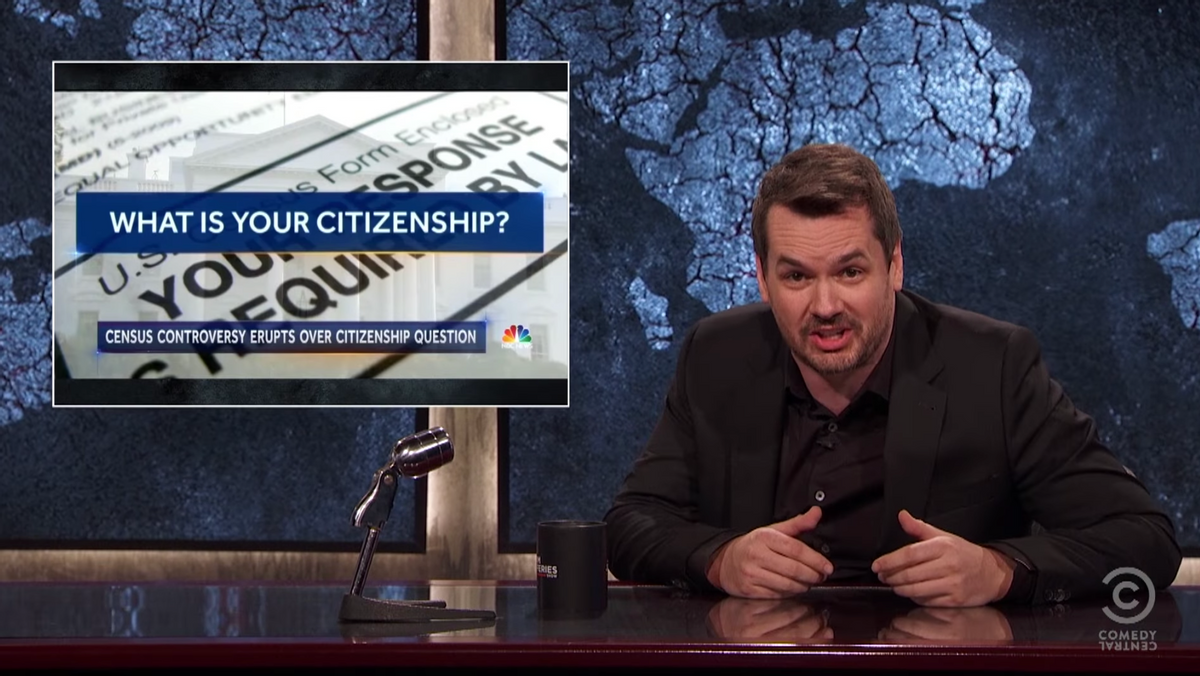 The Trump administration's precedent-breaking decision to once again implement a citizenship status question in the 2020 U.S. census has raised alarm. And late-night comedian Jim Jefferies doesn't believe the White House is even trying to hide its true intentions anymore.

He added, "To be fair it's actually, some racist bulls**t from the past, today!"

During a press briefing last week, White House press secretary Sarah Huckabee Sanders falsely stated that the citizenship status question has "been included in every census since 1965 with the exception of 2010, when it was removed."

Jefferies pointed out that "these lies are easily debunked."

"What happened to you Sarah?" Jefferies asked wryly. "You're usually so good at this but now you're like a drunk driver trying to explain to a cop why your car is in a swimming pool."

In reality, years of research is typically needed before the government adds a new question, or even changes the wording of previous ones. "The Census Bureau didn't decide to drop the word 'negro' until 2013," Jefferies explained. "Obama was already in his second term by then."

The Trump administration's decision has been widely denounced by civil rights groups, and Jefferies noted that even immigrants who are citizens could have proper reason to fear answering the question as well.

"In the 1940s census info was used to round up Japanese-Americans and send them to internment camps," he said. "Which was bad."

But, "you have to give it to the government" Jefferies quipped, "even when they're violating your civil rights they still make you fill out a s**tload of paperwork."