What parents need to know about virtual reality

As VR becomes reality for families, discover the potential and pitfalls of this impressive technology. 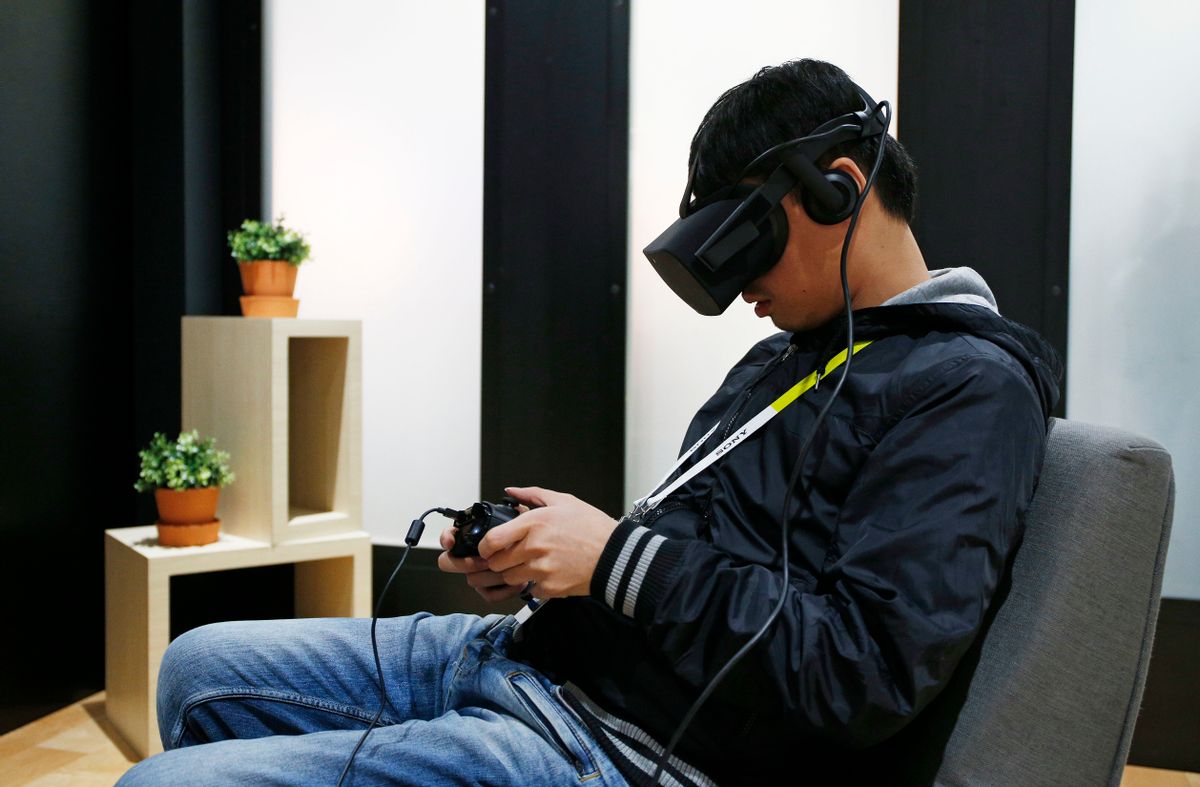 Everyone who's tried it agrees: Virtual reality is mind-blowing. Once you strap on that headset, you truly believe you're strolling on a Parisian street, careening on a roller coaster, or immersed in the human body exploring the inner workings of the esophagus. But for all its coolness — and its potential uses, from education to medicine — not a lot is known about how VR affects kids. Common Sense Media's new report, Virtual Reality 101: What You Need to Know About Kids and VR, co-authored by the founding director of Stanford University's Virtual Human Interaction Lab, offers a first-of-its-kind overview of the expanding uses for the technology and its potential effects on kids. Now that VR devices from inexpensive viewers to game consoles to full-scale gaming arcades are finally here — with lots more coming soon — it's a good idea to start thinking about how to manage VR when it comes knocking at your door.

Virtual reality can make you think and feel things you know aren't real. Other media can give you the sense of "being there" — what's called psychological presence — but not to the extent that VR can. This unique ability is what makes it so important to understand more about the short- and long-term effects of the technology on kids. Here are some of the key findings from the report:

Even though we don't yet have all the answers to how VR affects kids, we know enough to consider some pros and cons. And whether kids are using VR through a mobile device like Google Cardboard (check out our editor's picks of VR apps), on a console like the PlayStation VR, on a fully tricked-out desktop rig like the Oculus Rift, or at a mall arcade, these guidelines can help you keep any VR experience your kids have safe and fun.

Pay attention to age ratings. Check the recommended age on the headset package and don't let younger kids use products designed for older kids. The minimum age isn't based on medical proof of adverse effects on the brain and vision, but it's the manufacturer's best guess as to who the product is safest for.

Choose games wisely. Because the VR game experience can be more intense than that of regular games, it's even more important to check reviews to make sure the gameplay, the content, and the subject matter are appropriate for your kid.

Keep it safe. A few precautions: Once you have the goggles on, orient yourself to the room by touching the walls; stick to short sessions until you know how you're affected by VR; stay seated if possible; move furniture out of the way; and have a second person as a spotter.

Pay attention to feelings — both physical and emotional. If you're feeling sick to your stomach, dizzy, drained, or sad, angry, or anxious — give it a rest for a while.

Talk about experiences. Since VR feels so real, it's an excellent time to talk through what your kid has experienced in a game. Ask what it felt like, what the differences are between VR and regular games, and how VR helps you connect to other people's experiences by putting you in someone else's shoes.

Find opportunities; avoid pitfalls. Don't let your kids play VR games that mimic experiences you wouldn't want them to have in real life, such as using violent weapons. On the other hand, take advantage of VR that exposes kids to things they wouldn't normally get to see, feel, and learn, such as visiting a foreign country.

Keep privacy in mind. Devices that can track your movements — including eye movements — could store that data for purposes that haven't yet been invented.