Sending U.S. troops to police the Mexican border endangers us all

Immigrants to the U.S. have historically fled countries that use soldiers as an extralegal wing of law enforcement 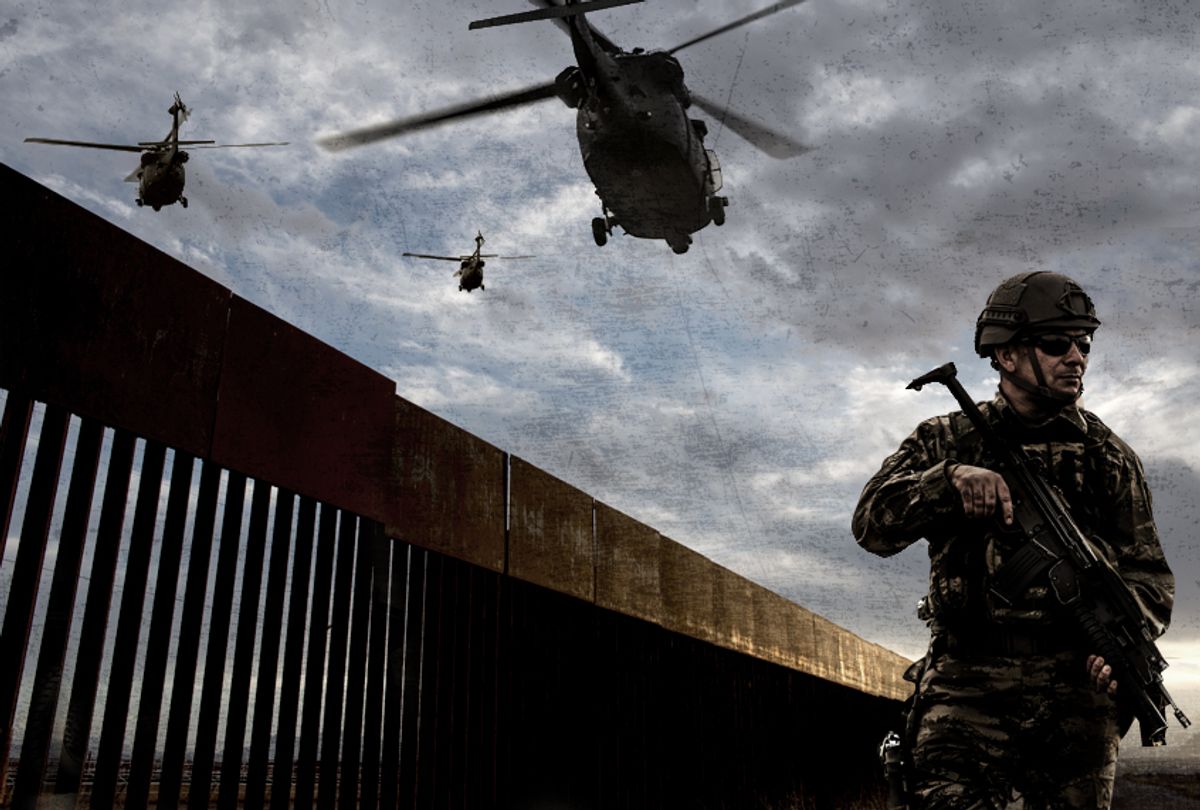 My partner’s grandmother, Karolina Segin, arrived at Ellis Island alone at age 15 on March 4, 1913. She didn’t like to talk much about her past growing up in what is now Poland. When asked why she left, she would simply say she ran away from home because “the soldiers were raping all the girls” and would leave it at that.

Karolina’s tight-lipped explanation of why she immigrated leaves so many questions unanswered: If only she were alive to tell us more about why she came to America. Who were these “soldiers”? Why did they do this?

But Karolina is long gone (she died in 1980 at age 83), and we must piece together her cryptic comments with what we know of history of the part of Poland she came from to try to understand what was going on to drive her to leave everything she had ever known and travel, alone, thousands of miles to start a new life in the United States.

One plausible theory is that the “soldiers” Karolina referred to may have actually been the perpetrators of the many anti-Jewish pogroms that happened in what was then the Russian Empire in the early 20th century, and that she took the extraordinary step of running away alone to a new land where she knew no one in an effort to find a better life.

This new land seemed like the safer choice in part because there were safeguards against the arbitrary use of military power by the government to oppress people. In 1878 President Rutherford B. Hayes signed the Posse Comitatus Act, which stated that “it shall not be lawful to employ any part of the Army of the United States, as a posse comitatus, or otherwise, for the purpose of executing the laws.” Hayes was seeking to ensure that our military could never be used as an extralegal wing of law enforcement, so that Americans would never have to know the fear that the Segin family lived with back in Europe.

That fear has not gone away in the modern world where, in too many countries, there are no such safeguards for civilians. Earlier this week former Guatemalan President José Efraín Ríos Montt died. Montt was convicted in 2013 of using the Guatemalan military to commit genocide in the 1980s against indigenous citizens of his own country (he was never incarcerated due to his advanced age and poor health). Rios Montt’s use of the military against civilians helped push many to seek refuge in the United States, as did similar conflicts in Central America (such as in Guatemala’s neighbors El Salvador and Honduras).

That flow has continued until modern times, with the Central American population in the U.S. rising tenfold (from 354,000 in 1980 to 3.4 million in 2015) as a result. If Karolina were alive today and able to speak to Central American refugees, together they might find that their stories — separated by an ocean and nearly a century apart — are more alike than different. Both she and these refugees know what it’s like when the military is unleashed to act against civilians: You end up with a country where no one is safe.

That’s what makes the proposal to use the military to enforce our border laws so troubling. The United States has always taken great care to put in place Constitutional and legal safeguards that restrict the role of the military in our civilian-led government, laws designed to make sure that civilians never have to live in fear of the use of military power against them (and the often inevitable abuse that follows). To those who feel this is an acceptable use of military force, I ask: Where does it stop?

We need only look to the Philippines, where almost 3,500 people have been murdered by the authorities in President Duterte’s domestic “War on Drugs” and where the International Criminal Court is now investigating the role of the military in possible crimes against humanity, to see how dangerous this can be.

In many cases, both past and current immigrants came to America seeking a safe harbor, one where the military knew its place, where civilians did not have to live in fear of their own army. If we abandon America’s tradition of safeguards against the use of military power against civilians, we are heading down a disturbing road whose destination — based on the history we know from Europe in the early 1900s, in Central America in the 1980s and in the Philippines today — is all too clear.