Italian writer Edoardo Nesi on the illusions of global capitalism: "We have lost our way"

Novelist and essayist Edoardo Nesi tells the story of one city's decline. It's also the decline of our civilization 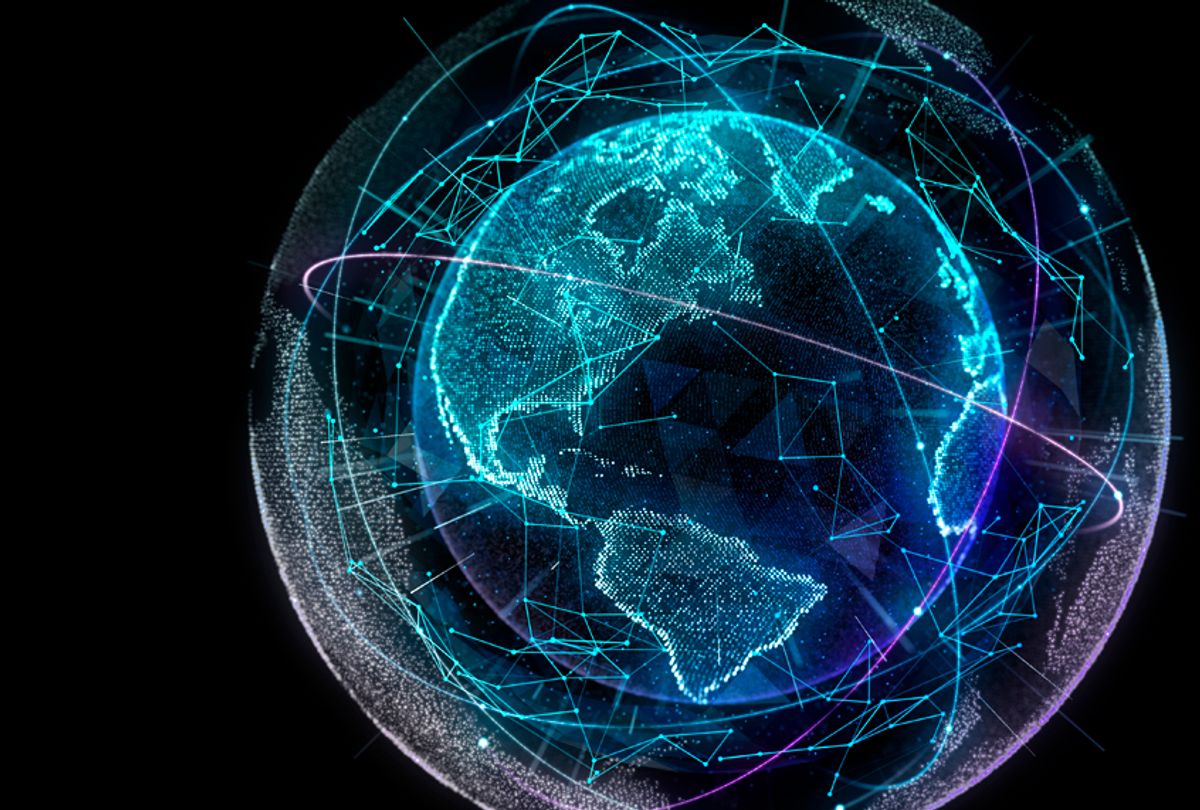 We all know all about globalization and its consequences, to note the obvious. But how many of us know how well we know this phenom? How many of us are clear in our minds about these things? How many of us look at a potholed road or at falling plaster in a third-grade classroom, or drive past blighted towns and abandoned farms and factories, or know some of the many millions who now drift toward poverty in a state of excruciating insecurity — how many of us are aware of a thousand such threads in the fabric of our lives and say, “Yes, well, this is the era of globalization”?

Some but not so many, by my reckoning.

“Globalization” became accepted shorthand for many complex matters instantly at the end of the Cold War — Cold War I, I should say. I have always found our near-universal approval of this term suspect. It is a mask, obscuring more than it reveals. For most of us, the process signified is reduced to statistical matter that abstracts reality even as it purports to describe it. This is reliably the result when one mistakes data for understanding, as our age insists on doing. A state of ignorance prevails, and I do not resist the thought that this is just as intended. Our humanity is dehumanized, if you can manage the paradox.

A book and an author bring these thoughts to mind. I just read the one and met the other. Edoardo Nesi stands at the front edge and the far end of the globalization phenom all at once. It’s broken, he tells us. It failed us. Then he tells us, This is how it worked and what it looked like at very close range. Most of all, this is what it felt like. Then Nesi asks two questions: What do we do now? What’s the way forward? All these are why I want to tell you about Nesi and the book he just published: He brings us to the rock face of our circumstance.

There are moments when uncertainty is useful because it makes alternatives available, and ours is such a moment, in my read. A lot hangs in the balance since Donald Trump’s astonishing victory over the quintessential representative of the liberal consensus — the globalizing elite. Variants of this circumstance are evident in other countries. What now? What’s next? I greatly like the chance to ask these questions and can think of no better time to consider them.

“At the heart of our civilization we find a huge problem,” Nesi reflected when I met him in New York a couple of weeks ago. “We have lost our way, haven’t we?”

Among Nesi’s various questions, this one requires no answer.

“Ignorance” is a strong term. I had better explain what I mean by it, and a brief story will do.

Years ago, when our post–Cold War triumphalism was in its ripest phase, I was on the foreign desk of one of the big weeklies (big then, anyway). There was a Paris correspondent named Gail, and there is no need to note a last name. Gail seethed at the French and their Sunday laws and small-merchant protections and restrictions against Carrefour, “Home Despot,” as I called it, and all the other hypermarchés. “They don’t get it,” Gail would complain with shrill conviction over the telephone. “They don’t see the globalization logic.” Then she would sigh: “The French!”

Gail went on holiday one summer. When she returned and I asked where she had gone, she swooned over a village she knew on the south slope of the Pyrenees. “Every evening they gather in the square and drink the local wine under these strings of twinkling lights, and the bread they bake every morning is the best I’ve ever had.” Then Gail scheduled her next piece — another harangue against France’s commercial and labor protections.

This is what I mean by “ignorance.” She was a sleepwalker — as so many of us are, now as then. In our somnambulism we destroy much of what we love — certain it must be right because the data tell us so.

Edoardo Nesi is now a writer and has a seat in the Italian Chamber of Deputies. If I had to explain his intent in a single phrase, I would say he rehumanizes the dehumanized. He is an antidote to ignorance. He watched at intimate range during the 1990s and 2000s as all that was close to him — families, a family business, an ancient industry, an Italian city — was destroyed in the name of globalism’s logic. He is an articulate victim of our culture of data, we might say. And now he is not letting go of the “why?” and the “what next?” of it.

Nesi is from Prato, which is, or was, “an entire city based on the textile industry,” as he puts it. This had been so for a century or more. There was an industrial culture that could also be called a design culture or an artisanal culture or a social culture or a family culture — and where one ended and another began it would be impossible to say: The city’s weave was very dense. There was a long history of pride. Nesi, born in 1964, took over his family firm while still in his 30s.

Then came the globalizing 1990s. Long story short, the quality Prato had long lived on gave way to cheap production and price. It could not compete with non-Western suppliers, China chief among them. In a city of 200,000, jobs evaporated by the tens of thousands; factories closed by the hundreds. Nesi was lucky when, in 2004, he surrendered and sold Lanificio T. O. Nesi & Figli, the family’s 78-year-old woolen mill; most other companies simply drew down the shutters, no interested buyer in sight.

Nesi now has 10 books behind him, seven of them novels. His latest is “Everything Is Broken Up and Dances,” a title deriving from a line on an old Doors recording. His co-author on this one is Guido Maria Brera, a lifelong friend. By way of brief, alternating chapters, the book is a conversation we are invited to listen to. The two talk about their initial delusions when globalization’s salesmen came a-calling and sold them Brooklyn Bridge. They talk about the systematic destruction of small enterprises, long-established industries and whole cities. Brera is now a fund manager in London, which is useful when they come to the financial mechanisms at work. The two of them are excellent on “the inferno of deflation,” as they call the fates of Greece, Spain, Italy and Portugal at the hands of the European Union during the post–2008 crisis — a complex topic they, once again, rehumanize.

Nesi and Brera get granular in a way I find usefully illuminating — and rare among American writers on this topic. They show us how to understand globalization more realistically, without all the abstraction. Example: Nesi tells the story of a friend in Prato, the owner of another textile factory, whose bank cuts long-standing lines of credit because the bank’s algorithms indicate that mills in Prato have become too big a risk. This is where the tale gets good.

“I don’t even know what an algorithm might be,” Nesi’s friend protests.

“Let me give you a piece of advice,” his banker replies. “If you move your offices in Prato just three or four miles away, say to Sesto Fiorentino, where there is no textile industry, maybe up in Milan they might give you back some of the line of credit you used to have. That way you can trick the algorithm, you see what I mean?”

I have no trouble seeing: This is the diabolical logic of globalization — an excellent example of what I call the irrationality of hyper-rationality.

I sense Nesi still nurses heartbreak — an impression that meeting him did not dispel. I know no one else who captures “the lack of meaning in everything,” as he puts it in “Everything Is Broken,” when the globalizing process hits a city like Sherman’s march into Atlanta. It is hard not to share the inner desolation he describes — a topic we Americans scarcely touch upon. “When globalization finishes, you have nothing,” he said as we conversed. “You’ve lost not only your job, or any general sense of well-being. It’s more. You no longer have” — he paused briefly — “even any philosophy of life.”

Not bad as a definition of nothing.

Brera, like Nesi in many passages, is properly bitter and properly blunt in ways one wishes more Americans were. Here is Brera on the essential American perversity of the post–Cold War era — the simultaneous rise of obsessive consumer culture and the dismantling of the social democratic norms so hard won in the mid–20th century: “Rights in exchange for merchandise. Social safety nets bartered for illusions of prosperity.”

I ask you, reader: Do you know a more succinct diagnosis of our current “political exchange,” as Brera calls it?

Nesi’s previous book, “Story of My People,” won the Strega Prize, Italy’s equivalent of the Pulitzer or the Prix Goncourt, the year after publication in 2010. He wanted me to read it, and I did: It is a hymn to the life and the city that Nesi now knows only in memory, and so makes a kind of preface to the more analytically rigorous new book. “A gracefully nostalgic memoir,” the Financial Times called the earlier volume.

This brings me to something I urge all of us to think about.

Nesi still wonders  whether the project now is to turn back — from the politics of Trump and the rightist parties in Europe, from globalization’s countless calamities, from the decline of the liberal order altogether — and correct the errors in the name of a restoration. One understands the question — it is commonly posed — but my answer is emphatically no. Globalization and the post–Cold War “order” — here I insist on the quotation marks — were fated from the first to fail because they were fashioned fraudulently and in the interests of too few. There is no going back from where we find ourselves, in my view. The project is to begin again and anew. I have always detested nostalgia as a form of depression, I should add, and consider now the very worst time to indulge in any.

“I’m very afraid, I’m very pessimistic,” Nesi said as we finished conversing. “I don’t think there’s any way forward.” One understands this, too. But pessimism prevails only when looking back. Face forward, and there are no more grounds for pessimism than for optimism. The future, by definition, will take whatever shape we in the present choose to give it. This we call history. The making of history is up to us.