Despite the firehose of disinformation, activists are winning by insisting on facts, evidence and science 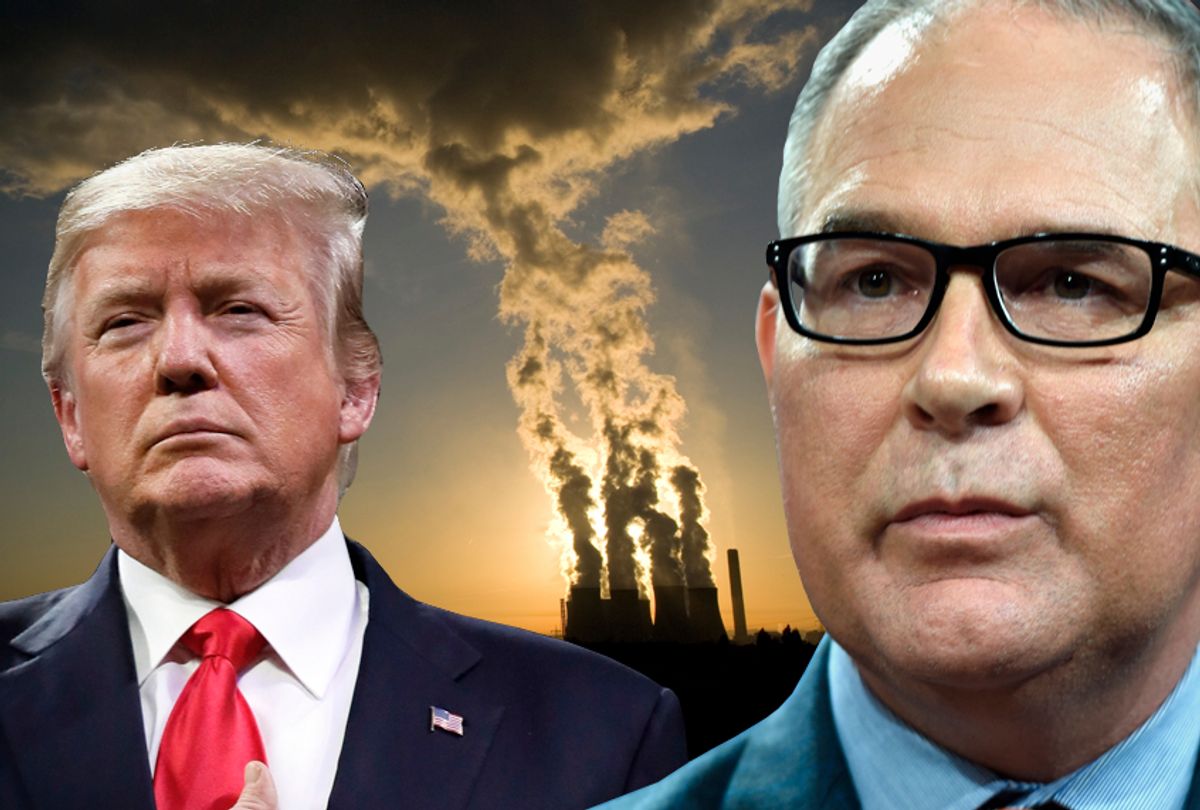 In the age of Donald Trump, one could be forgiven for believing that truth has lost all value. As of March 1, Trump had reportedly told 2,436 public lies, an average of six a day during his 13 months in office. That number doesn't even encompass the firehose of misinformation coming out of his administration, much less the right-wing media network that's geared towards propagandizing on behalf of Dear Leader. It's easy to despair, because it frequently seems there are no consequences for all this lying and that huge percentages of Americans have flatly decided they don't care about facts any longer.

But when it comes to the issue of the environment, there's reason to believe — at least for now — that there's still some value to having the facts on your side. There are at least two reasons for this. Environmental laws, as written, still have high evidentiary standards that conservatives simply cannot ignore. Secondly, attorneys general in blue states are ready to put huge amounts of resources to make it difficult for corporate interests and their friends in the Trump administration to hide, deny or distort the facts to support their pro-pollution agenda.

At the end of March, environmentalists quietly scored another victory against efforts to conceal the truth about climate change, when a federal judge ruled against ExxonMobil in a transparency case. In 2016, in response to reporting that found ExxonMobil executives had hidden the truth about climate change from investors and customers for decades, New York Attorney General Eric Schneiderman and Massachusetts Attorney General Maura Healey opened investigations into the oil giant to find out whether the pattern of deceit was legally actionable. Exxon sued in retaliation, claiming the investigation was politically biased, and lost.

“Exxon has run a scorched earth campaign to avoid answering our basic questions about the company’s awareness of climate change," Healey told Salon in an emailed statement. "Massachusetts customers and investors deserve answers from Exxon about what it has known about the impact of burning fossil fuels on its business and the planet, and whether it hid this information from the public."

Attorneys general have been using a similar strategy against Scott Pruitt, Trump's head of the Environmental Protection Agency, who has been notoriously secretive about his behavior, even installing a soundproof phone booth so he can talk to persons unknown without being overheard. But what he can't do, said David Hayes, the executive director of the State Energy & Environmental Impact Center at NYU School of Law, is run away from scientific facts when he's confronted with them in court.

Pruitt has certainly attempted a massive rollback of all sorts of Obama-era and other environmental rules, Hayes told Salon, but "when you look up and down the agenda he is pushing, in fact there’s been no change, by and large."

That is in large part because attorneys general keep suing the EPA. The NYU center sent Salon a report detailing 80 actions, both lawsuits and threats, that state-level law enforcement officials have taken to protect environmental regulation. Most of the time, they've been successful. The result is that the Clean Power Plan, limits on methane gas and limits on ozone have all been preserved, despite Pruitt's efforts to roll back such regulations.

"Time and time again, the AGs have been successful because Pruitt has not provided a factual record, a science record, that justifies the change in direction," Hayes said. In contrast, the original documents justifying the regulations, put together by the Obama administration, are supported by "a very strong record, a technical record and science record" that took years of work and research by EPA teams.

Pruitt has pushed another troubling effort to undo necessary environmental regulations, this time with an announcement that he intends to reverse the more stringent emissions standards for cars that the Obama administration put together. While the Pruitt EPA press release claimed that the agency under Obama had "short-circuited" the process, attorneys generals in over a dozen states have already indicated they plan to sue, saying they have substantial evidence that the Obama regulations are based on rigorous scientific research.

Beyond winning the immediate battles, these kinds of lawsuits "help spread the word about what’s going on with this administration, that this is an administration that is catering to the interests of industry over people," Hayes said.

“The analogy I use for this whole situation is the tobacco industry," he said. "The big turning point for public opinion, even public perception about smoking and cancer, was when the public realized that Big Tobacco had been lying to them and they knew all along that their product was harmful.”

Litigation against tobacco companies in the '90s successfully drew public attention not just to the science, but to the industry's efforts to hide it. The result was a rapid drop-off in rates of young people beginning to smoke. That rate started to fall in the '90s and has since hit an all-time low.

Right now, it seems there's a similar situation brewing on the topic of climate change. It's not just that environmentalists have the facts on their side, but they are also going to be able to show, as the lawsuits and investigations go down, that the Pruitt EPA and companies like ExxonMobil have actively been trying to hide the truth. Trying to cover something up often tends to backfire, making the public more interested in learning what facts were so alarming that someone felt the need to hide it in the first place.

Pruitt's efforts at a cover-up stink of desperation. He's trying to push scientists off the EPA's advisory boards, which of course has resulted in a lawsuit, backed by the Union of Concerned Scientists.  Working with Republican allies in Congress, he's trying to limit the amount of scientific research the EPA is allowed to consider when crafting clean air regulations. Researchers are now afraid to use the phrase "climate change" when seeking government grants, for fear of triggering the censorious impulses of Pruitt and other Trump administration officials who are eager to keep the scientific truths from being known.

Trump officials and ExxonMobil executives wouldn't be so afraid of the evidence on climate change unless they believed that truth still has the power to move the needle in both law and in public opinion. In the age of misinformation, it's even more important to keep pushing to get the facts into the light.