"The mask was strong": Junot Díaz reveals he was raped as a child 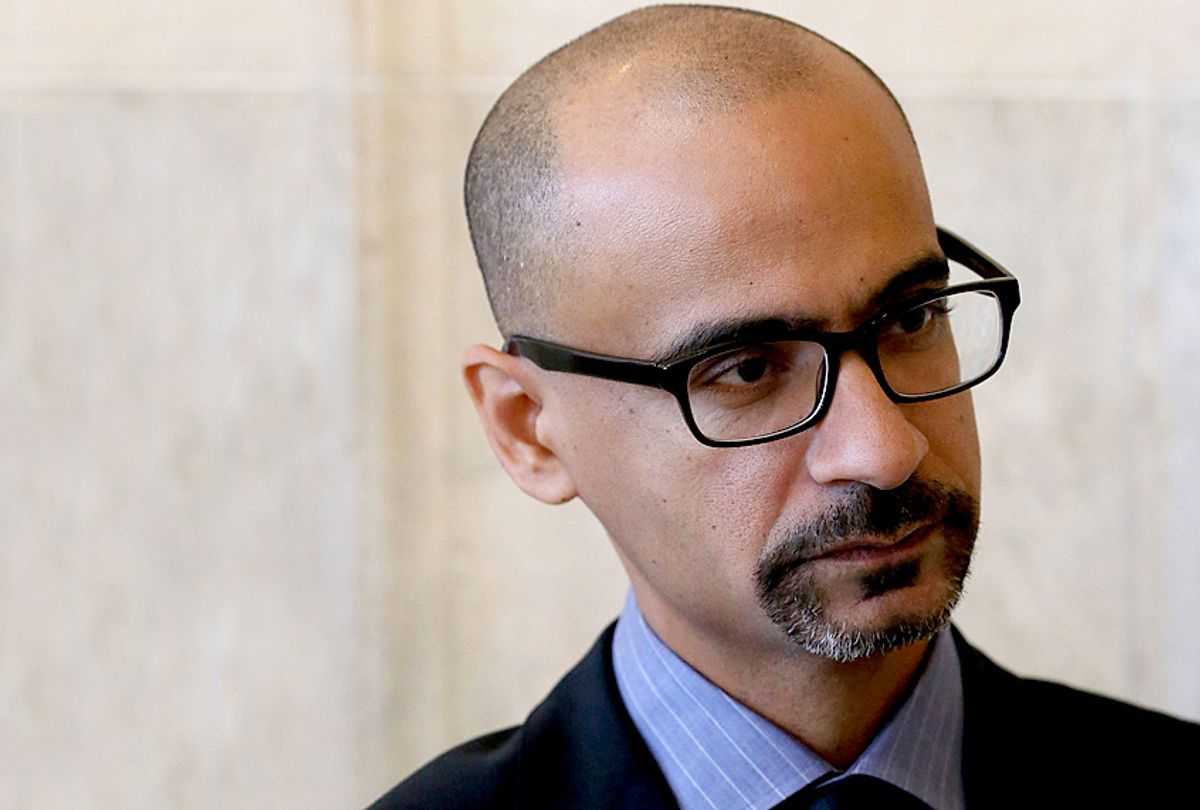 In an harrowing essay for The New Yorker, Pulitzer Prize winning author Junot Díaz reveals how he was raped at eight years old and describes the lifetime of trauma that has since followed him.

Though he often describes sexual violence in his work, Díaz explains the shame from his childhood experience made him afraid to open up about his abuse directly. He describes his life-long efforts of trying to overcome the traumatic experience, describing several failed suicide attempts, disturbing nightmares, failed relationships and a lifetime of struggling with telling even those closest to him.

"The mask was strong," Díaz says, referring to his desperate attempts to cover up for his trauma. "But as any Freudian will tell you trauma is stronger than any mask."

"It felt good to be behind the mask. It felt like home," he continues.

Díaz addresses his essay to a fan he met in line at a book signing who had brought up the abuse mentioned in his fiction and asked Diaz if he had experienced it himself. The author was unable to respond in the moment, but writes in response, "Yes, it happened to me . . . I never told anyone what happened, but today I'm telling you. And anyone else who cares to listen."

Díaz also talks about the hard work in therapy that has brought him to this moment. He says he has decided to speak openly about his experience now, because he can't keep hiding behind the same mask as before. "In Spanish we say that when a child is born it is given the light. And that’s what it feels like to say the words," he writes. "Like I’m being given a second chance at the light."

Díaz recently finished up the tour for his debut children's book "Islandborn," which has earned rave reviews. It's a picture book centered on the immigrant experience and how to discover family roots.

The author recently visited Salon to talk about his new project, the publishing industry and what he has in store for the near future.

"I've always writing about the lives of young people," he told Salon's D. Watkins. "I wanted to write something that would not [only] fill a huge absence in literature, but would also be useful for children."

Unlike Diaz's previous projects, "Islandborn" is neither an essay collection or a novel. Speaking about his writing process this time around, he said, "Young people, as you know, they're not buying a lot of our bullshit."

"Most children learn the most about their expectations of the world when they read kids books," Díaz said. "If they're reading kids books where it's all [about white people], they're getting some delusion."

You can watch his interview with Salon about the book here.