Who is in charge of the national security policy of the United States? 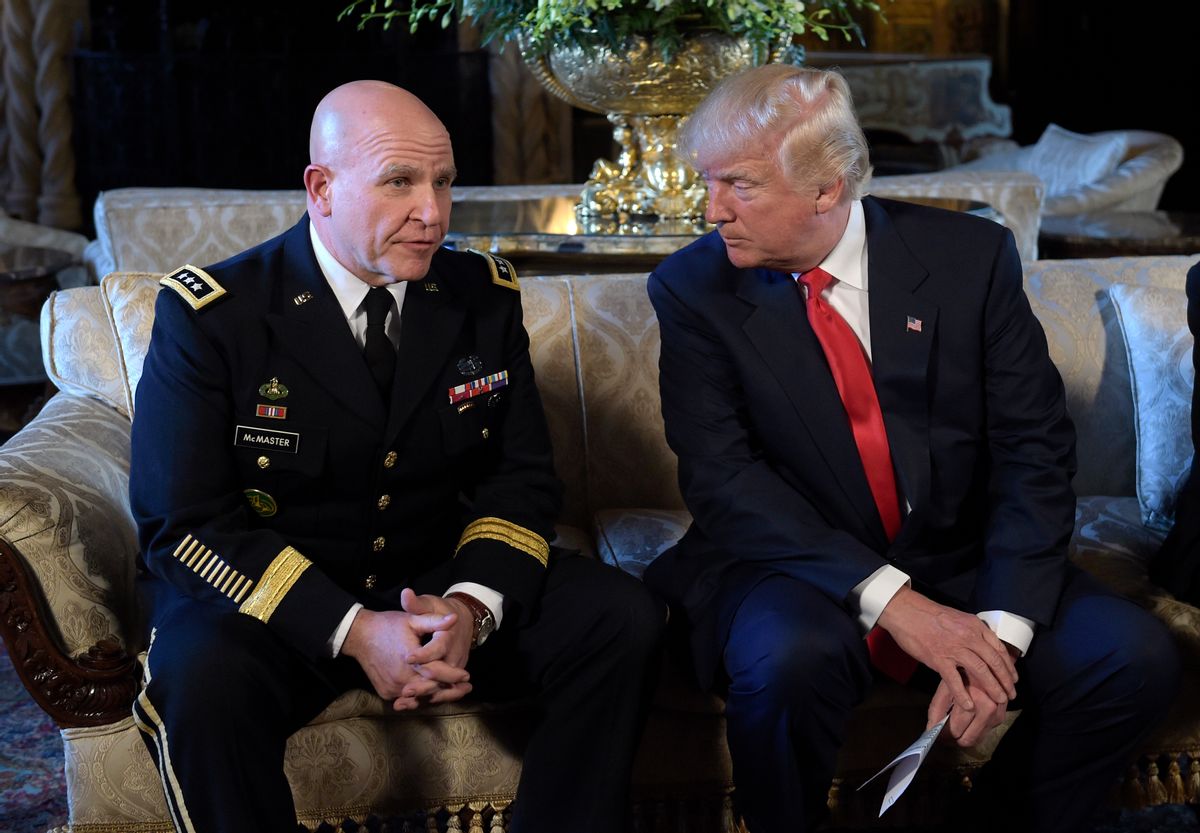 Who is in charge of the national security policy of the United States?

That question is reasonable, given the turmoil in the Trump administration’s national security team. That core team is made up of the national security adviser, the National Security Council and the secretaries of Defense and State — and many of those team members have been ousted and replaced over the last year.

The current — and fluid — structure of the president’s national security team has its roots in challenges that emerged during and after World War II.

Prior to the war, the secretary of state was clearly in charge of U.S. foreign policy. The U.S. had two military departments – War (Army) and Navy (including the Marines). The overseas presence of the U.S. military was minimal. The White House was only intermittently engaged in foreign policy and had little capacity to plan or coordinate these departments.

The war had revealed flaws in military coordination and civilian control. And after the war, new global U.S. responsibilities for recovery and security, particularly the Cold War with the Soviet Union, required continuous presidential and White House engagement and interagency coordination.

The membership of the NSC was intentionally kept small. Its members were the president, vice president and the secretaries of State and Defense, assisted by a presidential special assistant and a small staff. To avoid interagency conflict and to keep the NSC flexible, its structure and responsibilities were left up to the president.

Along with the establishment of the NSC as a central player in foreign policy, the post-war period saw the emergence of the president as a world leader and spokesperson, the principal foreign policy decider in virtually all administrations.

Some presidents entered office with significant foreign policy and national security experience - Roosevelt, Eisenhower, Nixon and and George H. W. Bush. But a surprisingly large number have had to learn on the job, including the first Cold War president, Harry Truman, who never graduated from college.

Each president, in his unique way, has relied on White House staff and the departments for information, policy views, deliberations and advice. Each president also had a unique view of what he wanted in terms of the NSC’s structure and role.

This unpredictability has allowed the NSC and particularly its staff to adapt to changing administrations and priorities. But it also opened the door to uncertainty about its relationship with the departments of Defense and State.

Some presidents wanted organized, systematic NSC planning and coordination. Eisenhower created a formal planning board and an operations coordinating board to develop policy options and oversee policy implementation. Other presidents have preferred to use an informal and changing group of advisers with very little staff structure. Some have had national security advisers that were close partners, while others have been less intimately connected.

The personality of the national security adviser has also mattered greatly. Some have subordinated themselves and their view and interpreted their job as being an honest broker between the departments and the president, gathering views and neutrally setting out options for the president.

The most classic example of that approach is Brent Scowcroft, national security adviser for George Bush, who saw his job as clarifying agency options, but studiously avoided intruding with his own views. Some saw Scowcroft as the exemplary adviser: “Brent’s concept of the national security advisor…was to never let us forget that the last name of the NSC is ‘staff,’” as one senior Bush official put it. Others, such as Henry Kissinger, who was Nixon’s national security adviser, have had dominant personalities and clear policy views, which they discussed directly with the president.

The other principal players in the foreign policy arena are the departments of Defense and State.

As I have documented, the influence of Defense has grown and it has taken on greater and broader responsibility for U.S. global engagement. The agency has the discipline and resources to do continuous contingency planning and policy analysis, which are essential tools for conducting foreign policy.

With its $700 billion annual budget, Defense employs 1.4 million in uniform and nearly 700,000 civil servants. There is a military command for every major geographic region in the world. More than 200,000 military personnel are deployed to more than 700 overseas installations.

By contrast, State’s budget is roughly $50 billion. Around 70,000 people work for the State Department, including a mere 13,000 foreign service officers and 11,000 civil servants. Most of this staff works in 250 embassies and consulates overseas, and roughly 65 percent are non-Americans in embassy support positions. There are no diplomatic regional commands and the State Department has few resources for, or tradition of, doing contingency planning or policy analysis.

This “imbalance” in the toolkit of American statecraft may have been inevitable, given the military focus of the Cold War confrontation, Defense’s large global presence and regional commanders and the sustained systematic interaction between the U.S. military and the armed forces of other countries.

Since the 1947 Act, the State and Defense departments have had uneasy relationships with the national security adviser and the NSC staff.

Kissinger, for example, generally ignored Secretary of State William Rogers, keeping him in the dark about major policies such as the opening to China.

Cyrus Vance resigned as secretary of state to Jimmy Carter in large part because the national security adviser, Zbigniew Brzezinski, shut him out of major decisions.

From my perch at the time as the national security budget official at the Office of Management and Budget, these “ABC” lunches appeared to “pre-cook” NSC decisions ahead of larger, formal meetings, which seemed pro forma, occasionally frustrating other participants in the process. Under President Obama, the Department of Defense frequently complained that the National Security Council micromanaged Pentagon decisions.

The relationship between these two departments, Defense and State, also has a complex history. 1947 saw the creation of the new NSC, with an adviser and staff, and a unified Pentagon, both of which diminished the policy supremacy of the secretary of state.

The imbalance was noticeable in the George W. Bush administration, when Secretary of Defense Donald Rumsfeld systematically sidelined Secretary of State Colin Powell. Secretary of State Hillary Clinton, according to insiders, was so determined to avoid such tensions that she was willing to share State Department authority over State Department programs that foster cooperation with the security forces of other countries (“security assistance and cooperation”). State’s weaknesses were a source of concern to then Secretary of Defense Robert Gates (Bush 43 and Obama), who voiced his worries publicly.

The imbalance has grown in the past year, due in part to decisions made by Trump’s first secretary of state, Rex Tillerson. Tillerson sought to cut State’s budget by 30 percent, shrink the Foreign Service by one-third, and delay the appointment of senior policy officials (many of the senior positions remain without appointees well into 2018).

While Secretary of Defense Jim Mattis has urged support for State, Defense is clearly the more influential department in setting and implementing national security policy priorities in the Trump administration. As the State Department loses financial and personnel resources, this imbalance is likely to grow.

The interactions among the major national security agencies may now be more explosive and chaotic than in the past, but they mirror trends already underway for some decades in the management of U.S. national security policy.