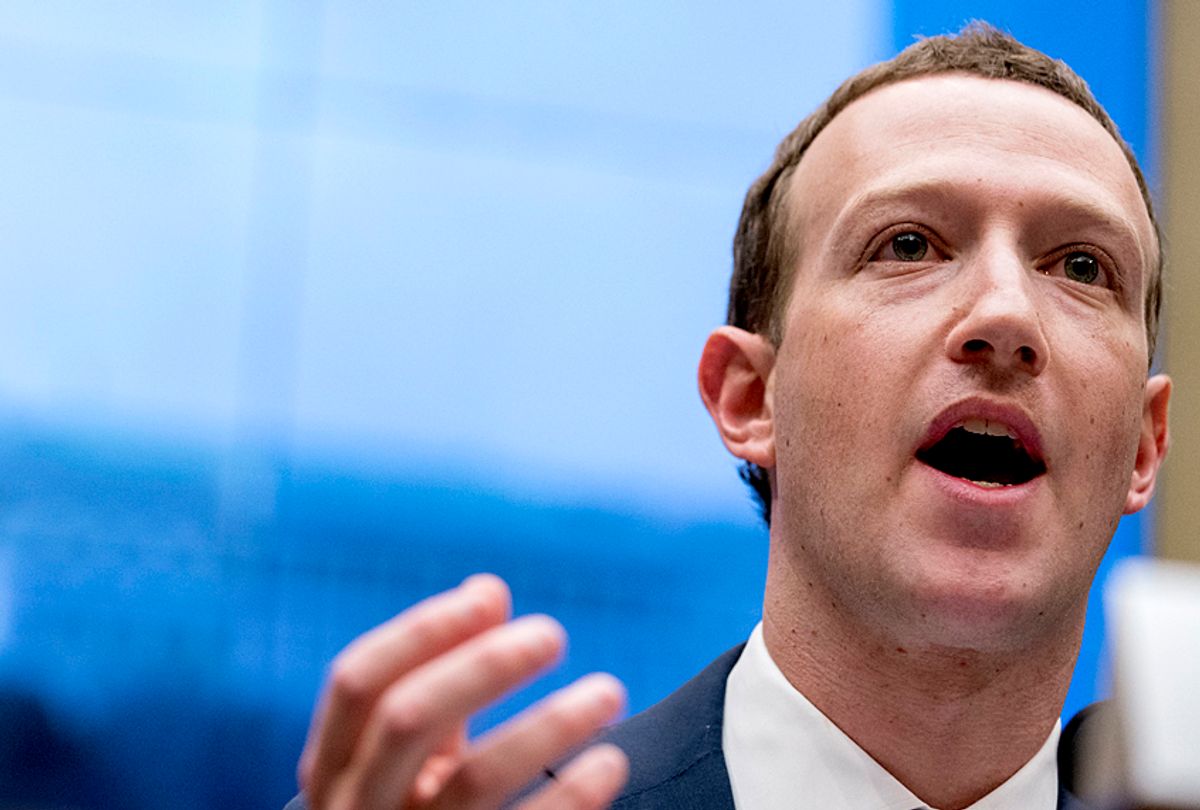 Lynnette "Diamond" Hardaway and Rochelle "Silk" Richardson have generated more attention from Republican legislators this week than multiple reports of troubling patterns out of Facebook — including allegations that the social media platform has ignored abuses that allow the genocide in Royhinga to continue undeterred. The sisters, who refer to themselves as "President Donald J. Trump's most outspoken & loyal supporters," quickly became Republicans’ number 1 priority during Zuckerberg's two-day Capitol Hill testimony when they alleged last week that they’ve been targeted by Facebook because of their political beliefs.

Known for their sassy defenses of Trump — typically posted to Twitter — the vloggers have quickly risen in the crowded right-wing media sphere, thanks in large part to personal shout-outs from the president. Now the North Carolina sisters say they have been corresponding with Facebook since September about “bias censorship and discrimination,” alleging that Facebook was not sending notifications of new content to their nearly 1.4 million followers. Appearing on “Fox & Friends” ahead of Zuckerberg’s trip to Capitol Hill, the duo said their videos were deemed “unsafe to the community” by Facebook’s team.

"We are not unsafe!" the duo said in unison on Fox News.

"This has to be an even playing field. If Mark Zuckerberg can't make this an even playing field, Facebook is going to be the face without the book and the book with no face when we are done with it," Diamond said on Fox News. "If he was concerned about his platform being a place for all ideas, then why would he put algorithms in place to censor some ideas?" she said of Zuckerberg. "And why is he turning Facebook into a political playground for Democrats?"

Host Brian Kilmeade responded by noting that "Fox News viewers are probably their biggest users, so they better watch what they are doing."

Since accusing Facebook of censorship, Diamond and Silk have become the latest conservative martyrs, portrayed by right-wing media as victims of political and racial bias.

"Popular black conservatives, Diamond and Silk, noticed that their Facebook fans weren't receiving notifications of the new content that they were posting," Fox News host Laura Ingraham said on Tuesday, claiming it was a conspiracy that displays the left's "totalitarian agenda in action."

Their plight has even been championed by the biggest celebrity not named Donald Trump in Trump country: Roseanne Barr.

Texas Sen. Ted Cruz, whom the North Carolina sisters worried in one of their 2016 YouTube videos would spend money on hookers if he became president, was the first to jump to their defense on Tuesday.

“There are a great many Americans who I think are deeply concerned that Facebook and other tech companies are engaged in a pervasive pattern of bias and political censorship,” he said, making mention of Diamond and Silk during the five scant minutes he was allocated to question Zuckerberg.

Republicans in the House kept up the pressure in defense of the duo during Zuckerberg's testimony before the House Energy and Commerce Committee on Wednesday.

Rep. Fred Upton, R-Mich., called them “Silk and Diamond” but insisted they were the victims of bias against conservatives at Facebook.

“Why is Facebook censoring conservative bloggers such as Diamond and Silk? Facebook called them ‘unsafe’ to the community. That is ludicrous. They hold conservative views. That isn’t unsafe," Republican Joe Barton of Texas, who said he was reading a message from one of his constituents, asked Zuckerberg.

“That is Diamond and Silk, two biological sisters from North Carolina,” Rep. Billy Long, R-MO., explained to Zuckerberg. “I’d like to point out that they’re African American, and their content was deemed by your folks to be ‘unsafe.'” Rep. Long said.

Tennessee GOP Rep. Marsha Blackburn also came to Diamond and Silk’s defense on Wednesday, saying they are “not terrorism.”

"Let me tell you something right now," Blackburn said to the Facebook founder. "Diamond and Silk is not terrorism."

For his part, all Zuckerberg, who had reportedly been prepped for weeks for the barrage of potential questions from lawmakers he could face, could offer on Diamond and Silk was a confused apology.

“In that specific case, our team made an enforcement error and we have already gotten in touch with them to reverse it,” Zuckerberg said on Wednesday.