Extreme anti-abortion rhetoric and "grab 'em by the p***y": The right's ugly fantasies about women

Kevin Williamson is no outlier. Violent fantasies about punishing women over sexuality are endemic on the right 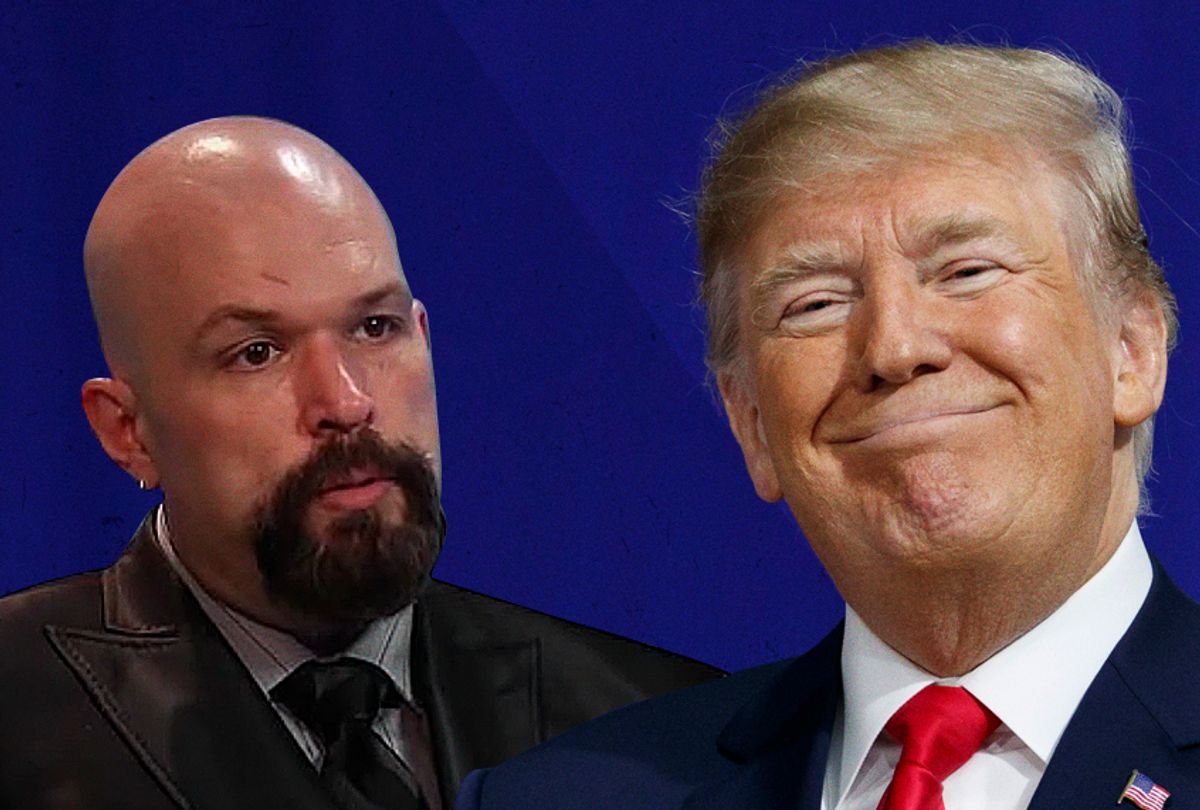 It's been a week since Kevin Williamson, a conservative columnist who had recently been hired by the Atlantic, lost his job after it became clear that he sincerely believed that women who get abortions should be executed by hanging. Still, fury in conservative media has not abated, as evidenced by the constant stream of articles defending Williamson, who had argued that abortion is "worse than your typical murder."

Few of Williamson's defenders will come right out and say what it is, exactly, that Williamson believes (which is that nearly a million women — roughly 20 percent of all women who become pregnant — should be put to death in gruesome fashion). Still, the rabid defenses of Williamson may give us some insight into why so many conservatives were ready to vote for Donald Trump, even after the infamous "Access Hollywood" tape where he was caught bragging about kissing and groping women against their will.

What connects the religious right to Trump's sexual objectification of women is not just misogyny. It's the willingness to use violence against women to dominate them and deprive them of sexual autonomy.

Anti-choice activists, it should be noted, understand that the public at large is squeamish at the idea of using overt violence against women to dissuade displays of sexual autonomy. That's why so many people on the religious right insist that they are not in favor of punishing women who have abortions. Instead, they go with "for their own good"-style arguments, portraying women as soft-headed children who are incapable of making health care decisions for themselves and need the state to gently but insistently force childbirth on them.

But the impulse to violently punish women for sexual autonomy is never that far from the surface. Instead of pulling a Williamson and outright calling for painful deaths for all wayward women, anti-choice activists wallow in fantasies where women are brought to violent ends (which they clearly deserve) through their errant insistence on making their own sexual and reproductive choices.

The list of punishments that anti-choicers claim that God or nature will inflict on miscreant women are gruesome enough to make Stephen King blanch. Women are told that abortion results in infertility, cancer, suicide, drug addiction and failed relationships. Anti-choice activists fantasize out loud that women will have their uteruses ruptured or their cervixes torn.

Dark fantasies of women receiving cosmic punishment for contraception are also common, with religious right materials comparing condom use to playing "Russian roulette" or running sites like The Pill Kills, which is devoted to spreading the thoroughly spurious claim that birth control leads to death.

The amount of creativity that goes to spinning tales of the grisly ends coming for women who choose non-procreative sex was on full display this week during the confirmation hearing for Wendy Vitter, a Trump nominee to serve on a Louisiana district court. Activists dug up a public appearance that Vitter had failed to disclose in her paperwork, where she endorsed the work of Angela Lanfranchi, an anti-birth control activist who has devoted her life to threatening women with all manner of violent and painful consequences for taking the pill. Among the lurid outcomes Lanfranchi breathlessly envisions for women who use contraception are cancer, suicide, heart disease and "lethal infections." 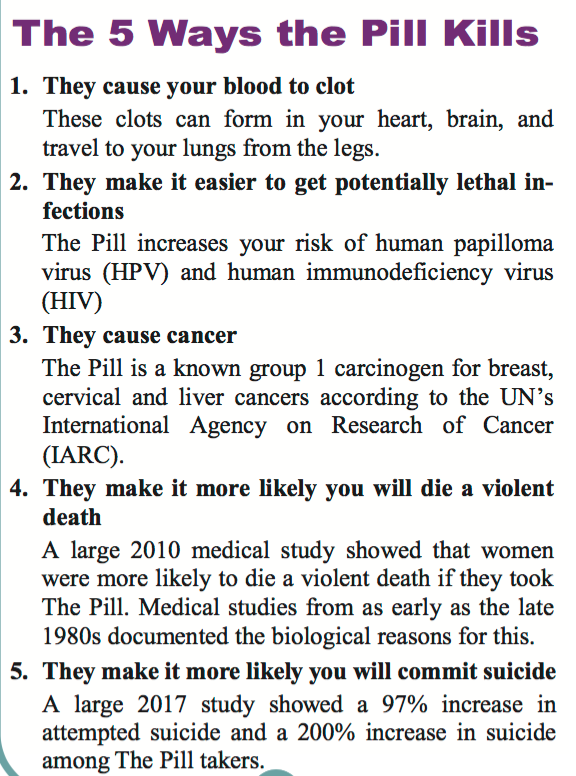 The brochure that Vitter recommended even suggested that women who take the pill are inviting their male partners to physically abuse them. The convoluted claim behind this is that the pill causes women to "reject sexual advances from their partner" in favor of "more infidelity and adultery" and that it is therefore "not unreasonable to suspect that these effects increase the rates of intimate partner violence." In other words, the implication is that women on the pill are shameless sluts, and if men beat them, they clearly had it coming.

Here's a video of Lanfranchi making a similar argument, suggesting that men actually murder women because they're on the pill.

It is perhaps worth noting that Vitter is married to former Sen. David Vitter, a Louisiana Republican, whom she stood by after he was exposed as a client of a high-end Washington brothel. Men, it appears, can have all sorts of sex, marital or otherwise, and keep their jobs and spouses. Women are to be denied even basic health care and subject to vile, violent rhetoric.

All this anti-abortion and anti-contraception pseudo-science is nonsense, of course. Research routinely shows that contraception and abortion are far safer than childbirth, which is why mainstream gynecologists consider it important to prevent unwanted childbirth. But the continued popularity of these blatantly false claims on the right indicates a desire to believe that women will pay dearly for sexual autonomy. While few conservatives will be as honest as Williamson and openly argue for the violent punishment of sexually active women, they clearly yearn for someone or something -- an abusive spouse or a deadly disease -- to inflict serious and perhaps lethal damage on women who dare choose contraception or abortion.

In the "Access Hollywood" tape, Trump doesn't say anything about physically harming women for having sex, of course. He's just interested in forcing himself on women who have no reciprocal interest in him. What ties that kind of "locker-room talk" to the anti-choice community is a rejection of the idea that a woman's body is her own and that her sexuality is hers to manage. Williamson and other anti-choicers want women to suffer violence for saying yes to sex, and Trump wants to hurt them for saying no to sex with him. Ultimately, both want to strip women of control over what happens to their bodies, and view physical pain as a legitimate tool to enforce their will on unwilling women.

Progressives should not view Kevin Williamson as an anomaly. They must understand that this thread of bone-deep loathing for female autonomy runs through the American right, as does a willingness to entertain violence -- in sublimated form or otherwise -- as an enforcement mechanism. "Grab 'em by the pussy" is more than ugly, macho boasting. It's an ethos.