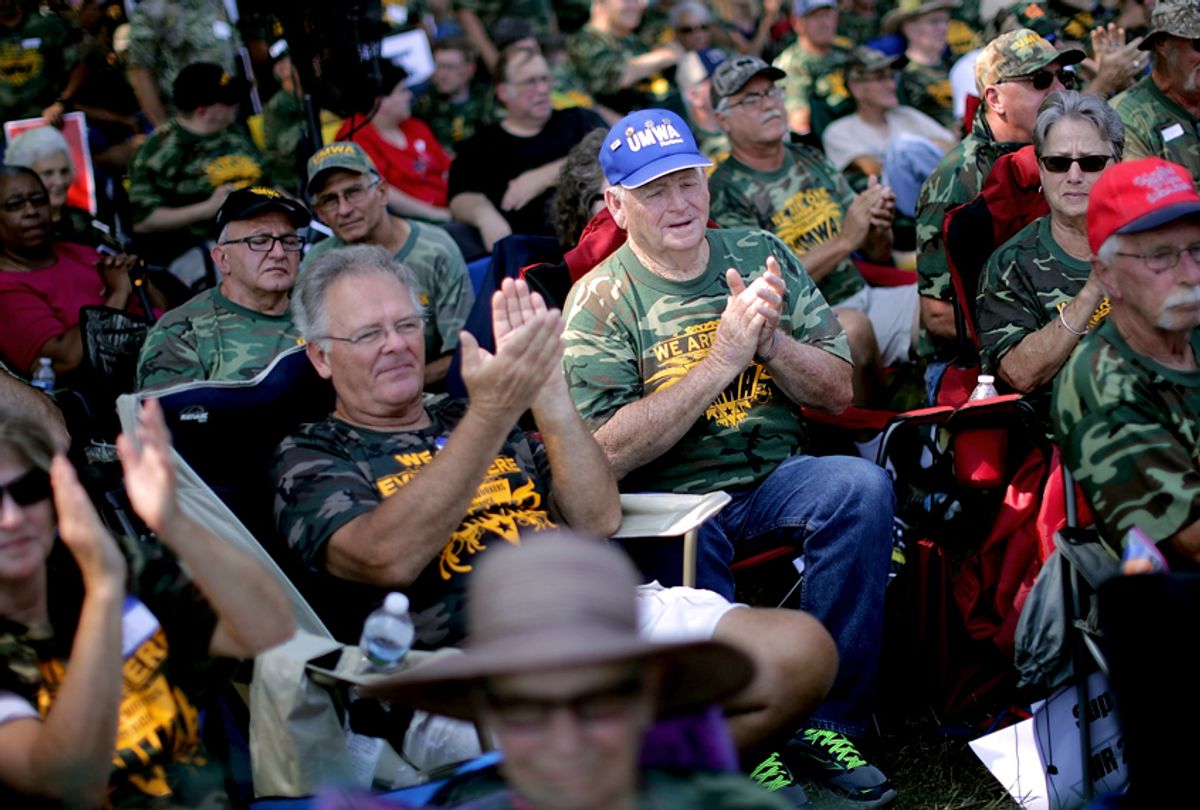 For decades the share of workers represented by labor unions has been on the decline. Today, factoring in both the public and private sectors, unions represent just 10.7 percent of the American workforce last year, down from one-third 50 years ago.

Yet in 2017 there was a slight uptick over the previous year, with 262,000 new union members enrolled, according to the Bureau of Labor Statistics. Drilling deeper into the data, in 25 states, including New York, New Jersey, Pennsylvania and Washington, D.C., the percentage of unionized workers actually increased.

None of these states matched the performance of Hawaii, which saw the percentage of unionized workers jump from 20.9 percent to 22.9 percent in just one year. Most of the growth was less than one percent of the workforce in each state.

But growth is growth. And it is only logical that the labor movement, which has been on the defensive for decades, would need to explore its own underreported success stories if it wants them replicated.

Where is this growth? Is it possible, 18 years into the 21st century, to actually create a new union? In conversations with veteran labor leaders, what’s clear is that finding fertile ground for getting unorganized employees to take the risk of collectively organizing means thinking out of the box.

One newly formed union in New York is the United Transit Leadership Organization, which was just formally recognized in November. Mario Bucceri, the UTLO’s lead organizer and now its president, worked with the Subway Surface Supervisors Association, an existing union representing Metropolitan Transportation Authority bus supervisors, which saw an opportunity to organize their bosses, the MTA’s nonrepresented superintendents and assistant general superintendents.

Bucceri and the SSSA saw that 400 managers were getting paid less and had inferior benefits than the unionized workforce they were managing.

“The biggest challenge was overcoming the widespread belief out there that the men and women in these management-type jobs could not be organized,” Subway Surface Supervisors Association President Michael Carrube told the Chief-Leader last year. “But if you are going to grow this movement, you have to organize the unorganized no matter what the job title.”

In a recent phone interview, Bucceri said that all he needed was a 30 percent show of interest from the bargaining unit, but he ultimately got more than 55 percent.

“All we wanted was to get parity,” Bucceri said. “So you have all these supervisors that are below superintendents. Why would they move up when their average salary as a supervisor is $127,000 and you have superintendents that are making a lot less than than that, between $99,000 to $115,000?”

He noted that other benefits vary widely as well, with his newly unionized managers paying far more to receive the same medical benefits. “And then there’s the commuter pass,” he said. “Supervisors, hourlies, cleaners, helpers, everybody gets a commuter pass and the managers are not entitled to that.”

And, unlike the rest of the workforce that superintendents manage, they don’t get time and a half for working more than eight hours, according to Bucceri. “They are forcing superintendents and assistant general superintendents to work more hours and not get paid for it and they are getting away with it,” he said.

Perhaps one of the longest simmering grievances for these previously unrepresented managers was the vast disparity in their pensions and the pensions of the unionized workers they managed.

Dozens of UTLO members originally worked for private bus lines that the MTA absorbed in 2005. At the time, they were told by the MTA officials that recruited them that they would be integrated into the more generous pension system with the rest of the authority’s workforce. But that never happened.

The UTLO is now pressing its case with regular appearances at the monthly public MTA board hearings, where UTLO members describe the impact of the pension disparity on their retirement, which can be as much as tens of thousands of dollars.

At the January public meeting, MTA board member Peter Ward, who is also president of the New York Hotel and Motel Trades Council, expressed concern over the UTLO members’ plight and volunteered to lead a committee that would chart a resolution to the long-standing pension disparity.

“What I am hearing is that we have employees who, through no fault of their own, are being treated differently than other groups of employees,” Ward said. “And as they enter their golden years and should be retiring to a much-deserved retirement, they can’t make plans – and the plans they do make are economically disadvantageous to them [compared] to the co-workers they supervise.”

Yet, Bucceri said the UTLO is doing more than advocating for improving members’ compensation, health care and pension benefits. “Right now, I have been involved with a lot of discipline stuff that has been going on and we have been very successful on working deals out for these guys,” Bucceri said. “They want to demote people. They want to dismiss people. They wanted to give suspension time like 10 days, 20 days. We were able to work something out. Now you got union representation. That’s one of the biggest things, is the security of a having a union represent you when you are in a hearing.”

UTLO is also in the final stages of a drive to win the right to represent 600 managers who work in the subways. “There are a lot of other titles I want to go after once I am done with the subways,” he said. The UTLO is also planning to make a pitch for Metro-North Railroad and Long Island Rail Road managers too.

John Samuelsen, the president of the Transport Workers Union and former head of TWU Local 100, said that the UTLO zeroing in on the vast pension disparity between its members and the rest of the MTA unionized workforce “totally exemplifies the importance of the trade union movement.” Samuelsen said a bus driver’s pension is probably $25,000 a year more than that of the superintendents that manage them.

Samuelsen said his union expects to add close to 2,000 white-collar and high-tech jobs within the MTA that are outside the stereotypical image of the blue-collar union workers portrayed in the media.

“The telecom specialists are highly educated and very technically skilled and they were given some benefits by the MTA that high-level managers had but they did not have union protection,” Samuelsen said in a phone interview. “Yet even though they were treated with a level of deference by the company in terms of some benefits they received, as soon as the MTA came under any financial pressure and they could not extract concessions from the union, they turned their guns on them.”

Arthur Cheliotes, the president emeritus of Communications Workers of America Local 1180, which primarily represents municipal supervisory and administrative employees, has seen his local’s membership double, to close to 10,000 workers, over his 38-year tenure.

Part of the growth strategy included branching out into organizing nonprofits like Planned Parenthood, the American Society for the Prevention of Cruelty to Animals and Human Rights Watch. “Generally speaking, people have an image of unions as representing factory workers when in fact probably the majority of unions today represent service workers,” Cheliotes said.

In the case of the nonprofits, Cheliotes said the union knew going in that the workforce was not just motivated by money. “You don’t join these nonprofits because you’re in it to make the money. You join it because you believe in what they are trying to do,” he said. “But what we point out is, are they exploiting you because of your commitment? And the question is, what should be your reasonable compensation?”