Meaningful work shouldn't be a luxury 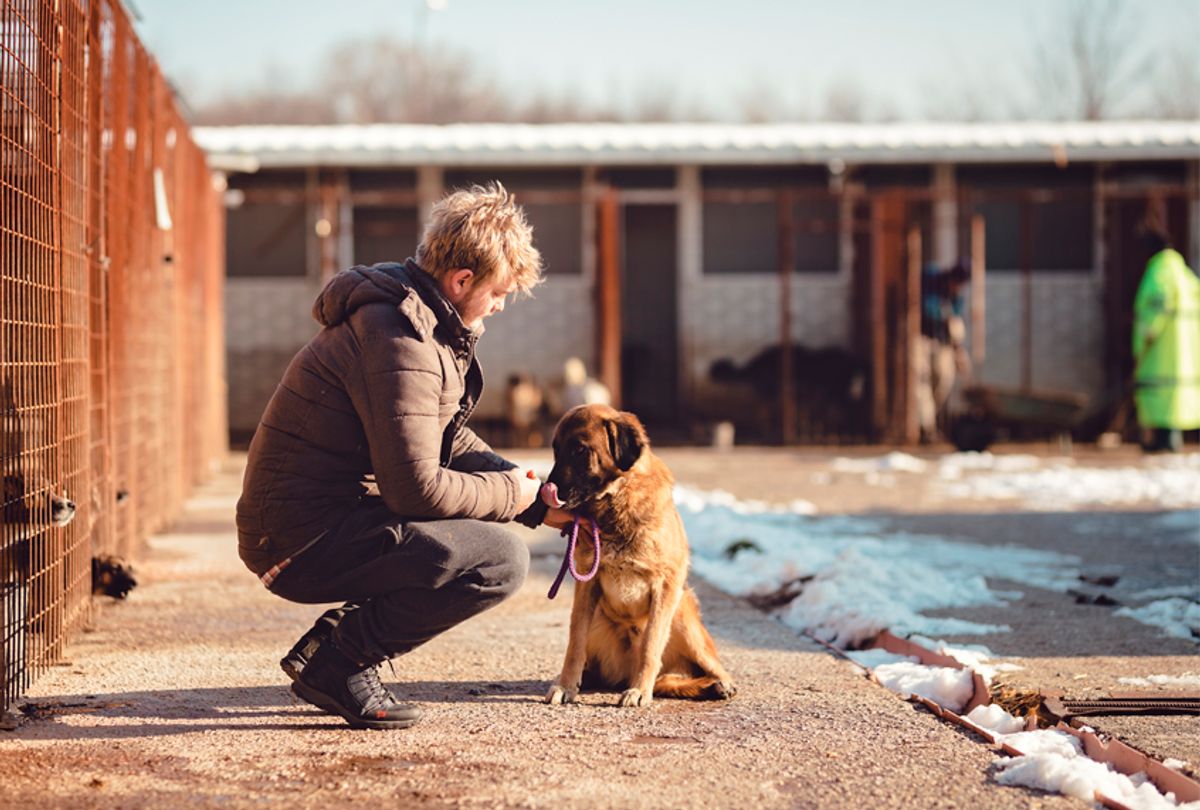 Most discussions of finding meaningfulness in work are held in a vacuum. That is to say, meaning is discussed as though it can only happen between 8 a.m. and 5 p.m. But there are many things out­side of work that give our lives meaning. Omitting these elements from discussions of what makes work meaningful is a big problem.

Work is a critically important part of life — and, true, for some it may indeed be the most significant part of a life — but it still must be discussed in conjunction with meaning that can be found in other times and places.

People generally enter the full-time workforce between their late teens and late 20s, depending upon their amount of training and formal education. And people generally exit full-time employment between their late 50s and their early 70s. There’s also an average of 20 years of living at either end when people aren’t working. But in that middle, people spend 40–60 hours at work each week. That comes to about 35 percent of their total time, at least in the Western world. That’s a lot, but it isn’t everything.

People develop mental frameworks for making sense of the world and their place in it, including the place of the work that they do. This is seemingly the core nature of people or personhood. Jose Ortega y Gasset, a Spanish philosopher, once noted in his book "Man and Crisis," “How can anyone live if we silence these ultimate dramatic questions? Where does the world come from, and where is it going? What is the supreme power of the cosmos? What is the essential meaning of life?”

There are many ways of attempting to answer these questions articulated by Ortega y Gasset. In most countries and societies, reli­gion and a religious framework has played a crucial role in finding those answers. Alistair McGrath, Professor of Science and Religion at the University of Oxford, in his book Mere Apologetics, suggests that

So when we talk about work having meaning — indeed, when we are talking about meaning at all — we’re talking about a sphere that nec­essarily has to do with religion. We have to accept this. Many con­temporary workplaces find it distasteful or troubling to talk about work and religion together. However, every employee is ultimately a meaning-seeking individual who is wrestling with what the role of work is in his or her lives.

Viktor E. Frankl, author of the massively influential "Man’s Search for Meaning" (1959), has skillfully summarized the importance of this search. Frankl survived the horrors of Nazi concentration camps of World War II. In doing so, he learned that the survivors were not the most physically strong camp inmates, but rather those who had found some purpose to live for beyond their present circumstances. When the war ended, Frankl developed this idea into the concept of “logos therapy.” Believing that people who had a “why” could endure any “how,” Frankl concluded that

Man’s search for meaning is the primary motivation in his life and not a “secondary rationalization” of instinctual drives. This meaning is unique and specific in that it must and can be fulfilled by him alone; only then does it achieve a significance which will satisfy his own will to meaning (Frankl, 1959, p. 121).

Frankl also made the case that meaning — including deep, existen­tial meaning — could be pursued and considered apart from what we would today call established religion. In other words, Frankl would say that we are able to embrace the value of the pursuit of meaning without needing to employ or identify with a particular religious framework.

Another perspective on meaning is provided by Stephen Green, in the UK. Lord Green is former chairman and CEO of the Hong Kong and Shanghai Banking Corporation (HSBC), a global finan­cial services institution with $80 billion USD in annual revenue. During his time at the helm, HSBC had 300,000 employees and generated $20 billion in annual profits. Lord Green is also an ordained minister in the Church of England, and the author of books on subjects ranging from German history to modern-day financial markets. In a chapter titled “In My End is My Beginning,” in one of his books entitled "Good Value" (2009), he states, “The goal [in life] is a completeness we will never achieve; but the journey is all-important. The end is clear, and it defines how we must begin.” As Green further notes in the same work, “Neither money nor ambi­tion nor serendipity is good enough as a work/life principle. We have to find a better answer to the question: Why do I do what I do? . . . The answer matters. We have only one life.” Here again we see the connection. Work, life, and a deep quest for meaning — all are linked. All are inextricable.

Any organization is composed of people — employees, volunteers, and so forth. And virtually all of these people are seeking meaning in their lives. Since work is where people spend many of their waking hours and much of their intellectual energy — and is often where and how they derive their identities — a truly effective organization must understand how to address this omnipresent need for meaning. The most successful companies are the ones that actively engage with how their approach works on an existential level.

There are many in the business world who operate on the idea that money is the only (or at least primary) motivator of an employee. This is not an altogether safe assumption. People are not simply economic maximizers. Identity matters. Culture matters. How they spend their time matters. People want more out of life than only a paycheck, and this is, time and again, reflected in their decision making. Further, these motivations vary with each generational cohort. Put plainly, people make decisions that do not make economic sense, and they do this all the time.

We all know the answers to these questions already. There is more to life. There is meaning.

Workers are increasingly connecting their decision making with their meaning-making priorities.

So, if this is the case, we are forced to arrive at the following question: How is the pursuit of meaning achieved in a relationship between employees and the companies they work for?

THE IMPORTANCE OF MEANING AT WORK

Meaning at work cannot be separated from the consideration of meaning in life. The two are connected, and employers should embrace this fact with open arms. For, if the two are in sync, employees will be far more motivated.

Most people accept the following as common sense: “The more meaning, purpose, and significance you can ascribe to your work, the more likely it is you’ll work harder, be more productive and successful, and enjoy it along the way” (Yoon, 2014). But if this is so obvious, why isn’t it being practiced by more organizations? It’s a question we need to answer. There are some fundamental gaps in how organizations work with employees, which have costly conse­quences for engagement, productivity, and enthusiasm.

Over the past few years, a few authors have tried to engage with this search for meaning under different names. As Amabile and Kramer (2012) note in a McKinsey Quarterly article,

As a senior executive, you may think you know what Job Number 1 is: developing a killer strategy. In fact, this is only Job 1a. You have a second, equally important task. Call it Job 1b: enabling the ongoing engagement and everyday pro­gress of the people in the trenches of your organization who strive to execute that strategy. A multiyear research project whose results we described in our recent book, The Progress Principle, found that of all the events that can deeply engage people in their jobs, the single most important is making progress in meaningful work.

The pursuit and satisfaction of meaning is not one of many things to cover — instead, it is the primary one. As Amabile and Kramer also point out,

People are more creative, productive, committed, and col­legial in their jobs when they have positive inner work lives. But it’s not just any sort of progress in work that matters. The first, and fundamental, requirement is that the work be meaningful to the people.

While we like this article by Amabile and Kramer, it also — like so many other pieces that attempt to engage with this topic — falls short in a disappointing way. At the end of the article, although the problem has been satisfactorily identified, no worthwhile solution is offered. We read only that

As an executive, you are in a better position than anyone to identify and articulate the higher purpose of what people do within your organization. Make that purpose real, support its achievement through consistent everyday actions, and you will create the meaning that motivates people toward greatness. Along the way, you may find greater meaning in your own work as a leader (Amabile and Kramer, 2012).

The real answer is far more complex and nuanced than this, and there are many more steps to implement a successful change in a company.

Another recent article that caught our eye in this connection was by Jessica Amortegui in Fast Company (2014), where she notes,

Increasing a sense of meaningfulness at work is one of the most potent—and underutilized—ways to increase produc­tivity, engagement, and performance.

Consider the latest survey findings from the Energy Project, an engagement and performance firm that focuses on workplace fulfillment, as well as the recent New York Times story on why many hate their jobs. The survey, which reached more than 12,000 employees across a broad range of companies and industries, found that 50 percent lack a level of meaning and significance at work.

That is half the work force.

And the benefits of employees finding meaning at work are well known. As Amortegui (2014) also notes,

employees who derive meaning from their work are more than three times as likely to stay with their organizations—the highest single impact of any other survey variable they tested. By this account, meaning trumps items related to learning and growth, connection to a company’s mission, and even work-life balance. And the employees who have meaning don’t just stick around longer. They also report 1.7 times higher job sat­isfaction, and are 1.4 times more engaged at work.

Amortegui goes on to say that: “Increasing a sense of meaningful­ness at work is one of the most potent—and underutilized—ways to increase productivity, engagement, and performance.”

The benefits of an engaged workforce seem to be clear both from research and from practice.

This raises the question, of course, that if the benefits of increasing a sense of meaning are so clear, then why is it not being more successfully pursued? If half of workers lack this thing that would improve their performance on so many levels, then why aren’t we trying to give it to them?

Excerpted with permission from "Service Leadership: How Having a Calling Makes the Workplace More Effective" by Richard Goossen & Theodore Roosevelt Malloch. Copyright 2018 by Skyhorse Publishing, Inc. Available for purchase on Amazon, Barnes & Noble, and Indiebound.