"Mission Accomplished!": Trump declares victory after Syria strikes — but what was achieved?

Trump was quick to declare victory after the strikes against the Assad regime, but was anything actually achieved? 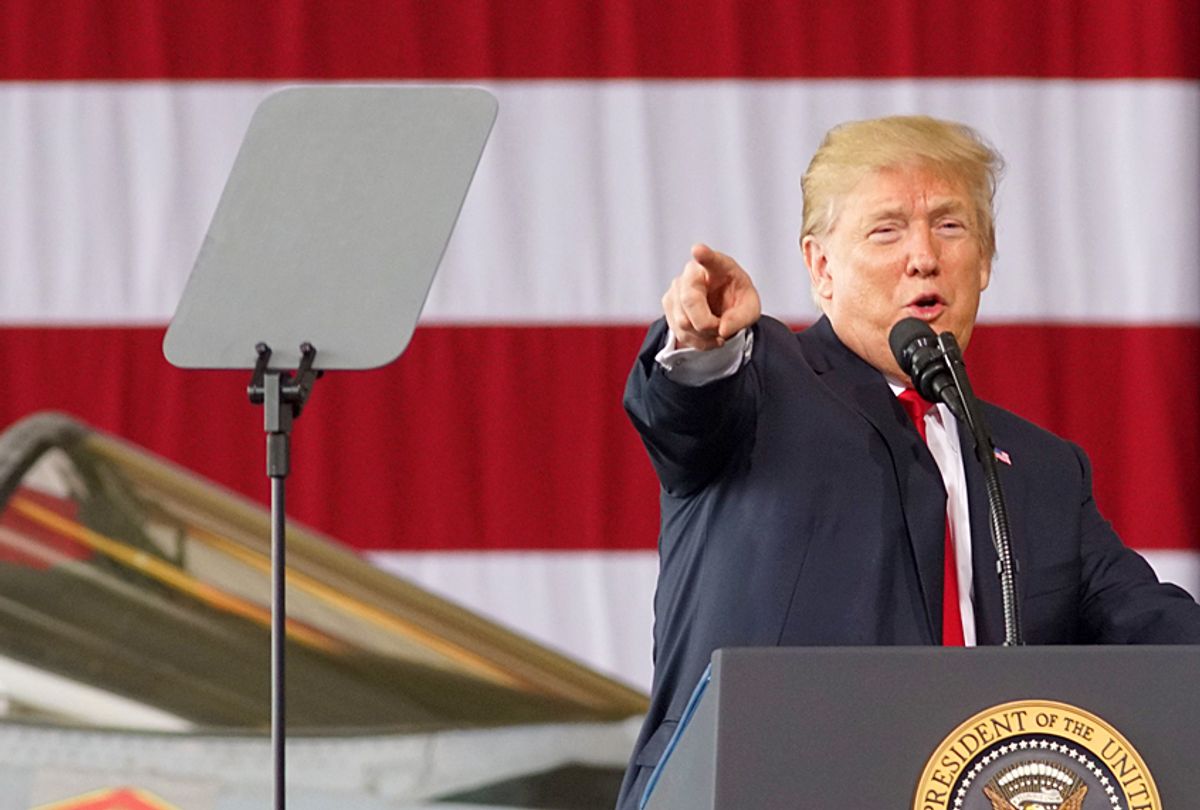 But the question of what exactly was achieved remains largely unclear, as the president has not established a broader plan for Syria, and the legality behind the strikes has essentially been left in limbo.

Trump also thanked European allies Britain and France for joining the U.S. in the strikes, which targeted Syrian "research, storage and military targets" in response to the recent chemical weapons attack allegedly carried out near Damascus earlier this month by the Assad regime, which left dozens of civilians dead.

In a press briefing a Saturday morning the Pentagon reiterated the president's "mission accomplished" sentiment and also announced that there had so far been no civilian casualties as a result of the strikes. The Pentagon explained and that in the immediate aftermath, the U.S. had "not seen any military response from actors within Syria."

"I can assure you we took every measure and precaution to strike only what we targeted and — and we successfully hit every target," Pentagon spokeswoman Dana White said.

"In a powerful show of allied unity, we deployed 105 weapons against three targets that will significantly impact the Syrian regime’s ability to develop, deploy and use chemical weapons in the future," he said in a briefing Saturday morning. "This is going to set the Syrian chemical weapons program back for years."

He noted that he's "not going to say that they're going to be unable to conduct a chemical attack in the future," but that the ability to do so wouldn't be easy.

Russia has strongly supported the Assad regime throughout the civil war, and with direct military action since 2015, and denounced the U.S.-led strikes. On Saturday morning, Russia called for an emergency meeting of the United Nations Security Council, Reuters reported.

Trump's use of "mission accomplished" is, of course, reminiscent of the same phrase that was used by former President George W. Bush in 2003 about one month after the U.S. invaded and subsequently occupied Iraq.

But the president's broader mission in Syria is largely unclear, and the Pentagon stated that fighting the Islamic State continues to remain the primary focus for the U.S.

"Our focus remains defeating ISIS. It is not to get involved in the Syrian civil war," White said.

Experts and some lawmakers have questioned the legality of Trump's airstrikes against Syria and have expressed concern about the U.S. military becoming further involved in the civil war in Syria. A larger U.S. role in Syria is also likely to only heighten tensions with Russia and Iran. Trump said earlier this week that U.S. relations with Russia were at the worst point ever "and that includes the Cold War."

When Trump first announced the strikes on Friday night, he said Assad's alleged actions were "not the actions of a man," but rather, "they are crimes of a monster instead," according to the New York Times.

However, it's important to point out that the president has hardly been concerned with humanitarian concerns inside Syria in the past. That is evidenced by his past rhetoric, the abundance of civilians that have been killed by the Trump administration in the fight against ISIS and, of course, the fact that the president has dehumanized Syrian refugees and has dramatically reduced the number of refugees the U.S. has taken in. So far this year, the U.S. has let in only 11 Syrian refugees.

There were various reactions to the events on Twitter, but many condemned the strikes as illegal and unnecessary.