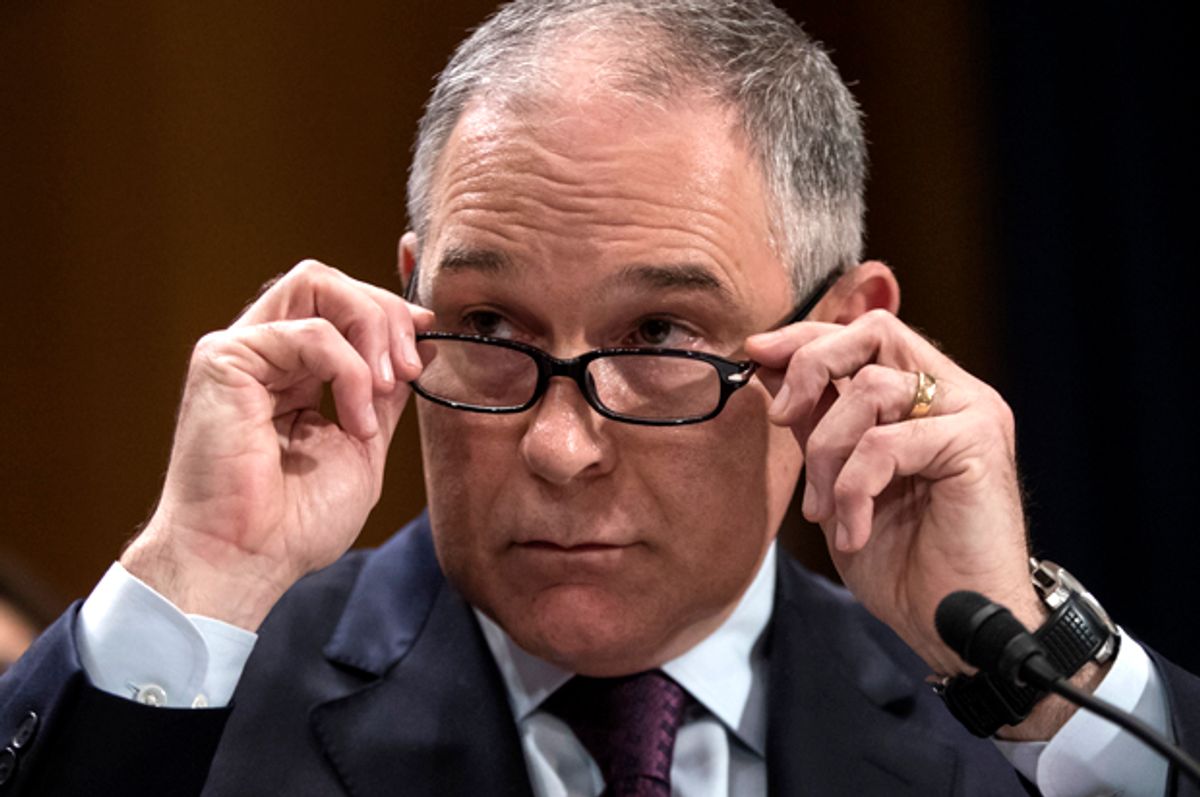 As EPA Administrator Scott Pruitt faces mounting scrutiny for ethics violations, including the misuse of taxpayer funds and cozy relationships with the industries his agency is meant to regulate, at least one Democrat actually wants Trump to keep Pruitt right where he is.

In a Saturday morning tweet, Rep. Ted Lieu (D-Calif.) joked that President Trump should reject the calls for Pruitt's dismissal (which now include at least 20 members of Congress, three of them Republicans), because Pruitt is "such a great symbol of the corruption and fraud, waste & abuse in your Administration."

The congressman also asked Trump to “do more toxic rallies” that include Pruitt, saying that Pruitt's continued presence will help the “Dem wave” that "continues to get stronger."

The scandals swirling around Scott Pruitt, who served as Oklahoma's attorney general before joining Trump's cabinet, are so numerous it's hard to keep track of them. Pruitt has reportedly demoted or reassiged EPA staffers who were critical of him; splashed out on premium flights and lavish hotel stays; rented a Washington, D.C. condo from the wife of a natural gas lobbyist for just $50 a night; and hired a full-time, 20-person security detail that has cost taxpayers millions.

On Saturday evening, Lieu took another jab at Pruitt in a tweet asking House Speaker Paul Ryan if Lieu could "get a multimillion security detail when I go to Disneyland this summer."

Lieu, a member of the House Judiciary and Foreign Affiairs Committee, isn't really serious about keeping Pruitt on. He was one of 64 Democratic members of Congress who signed a letter Friday demanding that Trump fire the EPA chief.

In an appearance on MSNBC Saturday, Lieu called Pruitt a "deeply paranoid person," citing his huge security detail (three times the size of his predecessor's part-time detail) and his creation of a $43,000 soundproof phone booth in his office. "This is a person that is the epitome of fraud, waste and abuse ... there’s no reason why he should remain at the EPA," Lieu said.