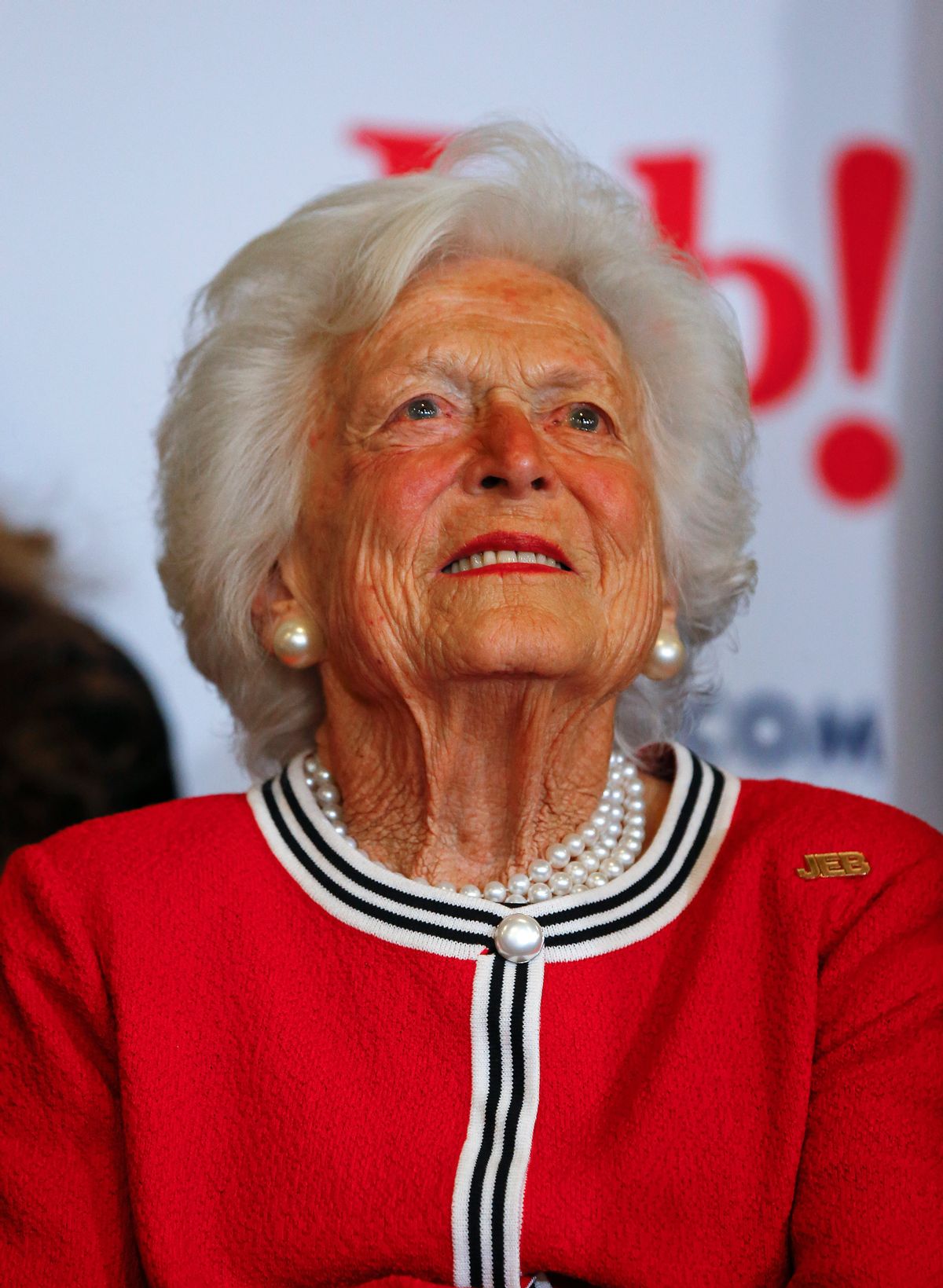 A family spokesman announced the news of her death on Twitter. The official statement read:

“A former First Lady of the United States of America and relentless proponent of family literacy, Barbara Pierce Bush passed away  Tuesday, April 17, 2018 at the age of 92. She is survived by her husband of 73 years, President George H. W. Bush; five children and their spouses; 17 grandchildren; seven great grandchildren; and her brother, Scott Pierce. She was preceded in death by her second child, Pauline Robinson “Robin” Bush, and her siblings Rafferty and James R. Pierce.”

The funeral schedule will be announced “as soon as is practical,” according to the family.

News of Bush's passing came after it was reported that she had opted for “comfort care” on Sunday.

“It will not surprise those who know her that Barbara Bush has been a rock in the face of her failing health, worrying not for herself — thanks to her abiding faith — but for others,” the statement read. “She is surrounded by a family she adores and appreciates the many kind messages and especially the prayers she is receiving."

The elder Bushes celebrated their 73rd wedding anniversary in January. Their marriage has lasted longer than any other U.S. presidential marriage.

She will be remembered for her strength, loyalty, lifelong dedication to charitable causes and outspokenness. In recent years she even spoke out against incumbent President Donald Trump. Her son, Jeb Bush, dropped out of the 2016 presidential race.

Born in New York City, Bush has also long been an advocate for civil rights and literacy. In her memoir, “Barbara Bush: A Memoir,” she revealed that she had struggled with depression. She later said the experience was "one of the best things that ever happened” to her.

Her love story with George H. W. Bush is one to admire. The two met at a Christmas party when she was 17 and he was 18.

In her 1994 memoir, she said they were, "the two luckiest people in the world, and when all the dust is settled and all the crowds are gone, the things that matter are faith, family and friends. We have been inordinately blessed, and we know that."

Indeed, Barbara likely passed peacefully and without fear. In 2013, she said she had no fear of death.

“Which is a huge comfort because we’re getting darn close,” she said. “And I don’t have a fear of death for my precious George or for myself because I know there is a great god.”