Israel's "melting pot" turns 70: This is why I call myself an Arab Jew

As a member of Israel's un-silent generation, I'm committed to telling — and hearing — my family's stories 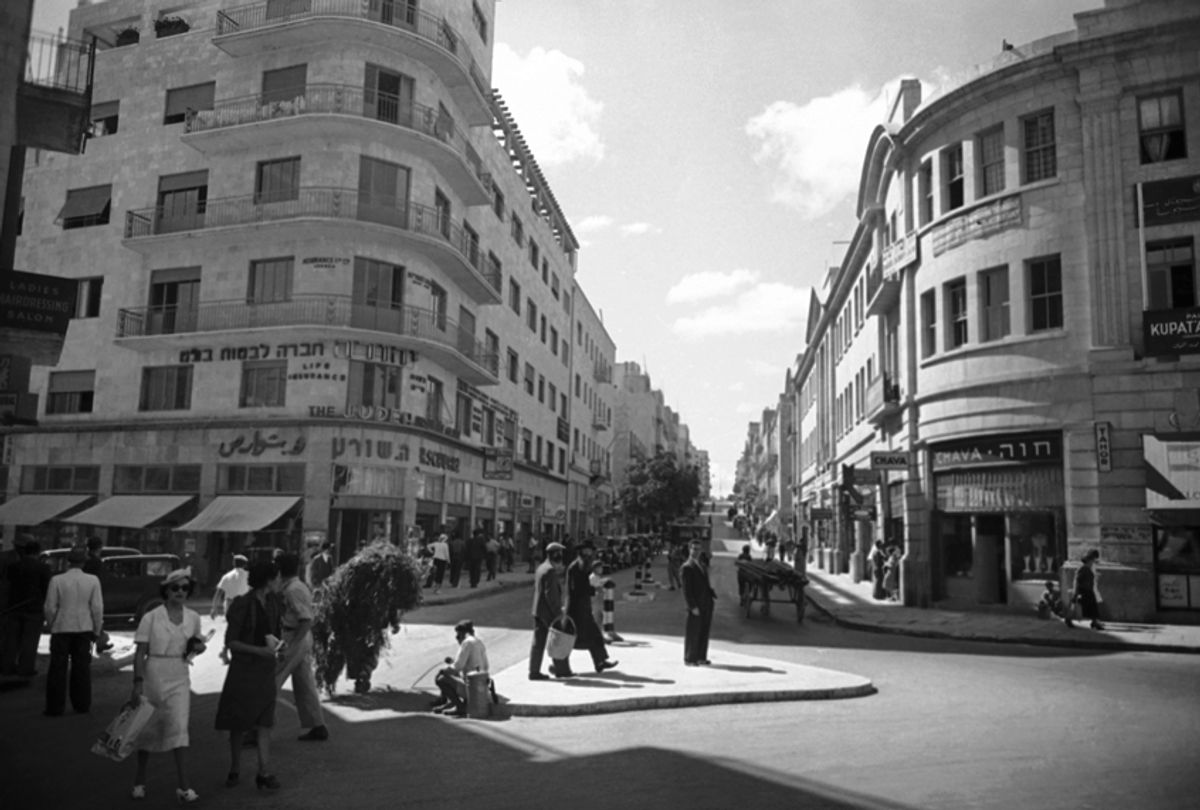 "Meranenet!” grandmother repeated the word, astonished. She tried to keep calm. “What can I say to you, Mishmish. I have no idea.”

But because of the way she reacted, it was clear to me that she knew that word well.

My grandmother Subhiya was born in Damascus. She is over 80 years old and has lived alone in a suburb of Tel Aviv since the death of my grandfather. They both came to this country in the evening of the first Independence Day, in 1949, after spending one year in Beirut.

Meranenet was used in Harat Al-Yahud (the Jewish Quarter) in the latter days of the Ottoman Empire to describe young Jewish women who were singers, musicians and courtesans; a geisha of sorts. They performed in Damascus and conducted relationships with eminent Arab men.

These women were despised by the Jewish community, yet the community leaders — somewhat hypocritically — sought their help in times of need. The glory days of Damascus were over by then. The city was in decay after the opening of the Suez Canal in 1869 and the bankruptcy of the Ottoman Empire in 1875. Many wealthy families became very poor. These courtesans donated Torah books to the Jewish synagogues; thanks to their connections, they helped community members who got in trouble with the authorities and helped free Zionist activists from imprisonment.

I’ve read about such a Jewish meranenet — an intelligent, talented woman who can afford to live alone in a big elegant house in Damascus. This meranenet speaks freely and subversively about the miserable condition of married women, as well as with great skepticism about the idea of Zionism.

In my novel "The Diamond Setter," I tell the story of Gracia, a Jewish meranenet who performs for the Turkish Sultan Abdul Hamid II. The Sultan gives her a famous blue diamond. When Gracia follows her family to Israel in 1949, she leaves her beloved Damascus behind. Afterwards, she refuses to sing and stays shut in for the rest of her life in an apartment in Tel Aviv, by the Mediterranean, gazing towards ash-Sham — as Damascus is referred to in Arabic. Gracia, the famous singer, becomes almost mute.

I know too well this state of mutism; it runs in the family. My grandparents, just like many other immigrants, never discussed the life they left behind, although they have sweet memories from Damascus. My grandfather, Moshe Sakal, who had written fiction in Arabic, completely stopped writing; in Israel, his mother tongue was considered to be the language of the enemy.

My grandparents raised their children to be good Israelis. Following the Zionist need of creating a New Man, being Israeli in the 1950s (and also nowadays, one may say) meant not being Polish, nor Yemenite, nor Syrian, nor Romanian. Being Israeli meant the sum of all negations; most of all not being an Arab, God forbid, nor some Yiddish-speaking Holocaust survivor. A real Israeli had to be robust, he would not be a polyglot, he’d never leave his new country and he would despise the diasporic Jews.

My parents’ generation is the Silent Generation. But I hope for my grandparents’ generation to finally open its mouth. When I came to Subhiya and said to her in Hebrew: “Grandma, please tell me how you and grandpa Moshe met in Damascus,” she replied, in a mixture of Arabic and Hebrew: “Ya ibni, lama lecha?”

Her suspicion turned into content. She finally told me everything: about Grandpa Moise who taught French at Alliance school in Damascus, about years of dating that started when she was fourteen and he was nineteen, about his blind mother, about the roses they used to burn once a year to made rosewater and how they washed the house’s floors with what was left of last year’s rosewater, and the smell of roses for days on end, about her family’s slaughterhouse and the poor young men who had to inflate sheep carcasses with their lips so as to help prepare the carcasses for skinning (no surprise, she never ate meat).

After a short break, grandmother mentioned the day they illegally crossed the border from Lebanon to northern Israel with the help of two Arab border smugglers. “It was dark. And suddenly we heard shooting. Everyone was scared.” The smugglers changed their route. When they finally reached the Israeli side, they found out that the shooting was fireworks to celebrate the first Day of Independence.

And for the rest of their lives, they lived in Tel Aviv in a sort of exile.

Seventy years after the foundation of Israel, the Israeli melting pot may be considered both a success and a failure. My generation, unlike our parents’ Silent Generation, has the privilege to go back to these diasporic stories, to speak other languages. Books are published; documentaries are displayed on TV in prime time.

But this profusion does not necessarily mean diversity. The Mizrahi discourse is often done with sentimental nostalgia and is manipulated by the right wing to intensify the bitterness towards the old Ashkenazi Establishment and get more votes for the right. Thus, the Mizrahim ("Easterns," Oriental Jews) turn their backs on their original countries, and — just like one despises those similar to him — many of them are outrageously racist against Arabs. That is why, as an opposition, some of my colleagues and I refer to ourselves, rather than Mizrahim, as Arab Jews.

As we approach the 70th anniversary of the State of Israel, nationalism has taken place in every dimension; Defense Minister Avigdor Lieberman, according to Ha'aretz, refused to allow 110 Palestinians to enter Israel for an Israeli-Palestinian Alternative Memorial Day Ceremony for bereaved families and combatants on both sides of the conflict. No end of the Occupation is in sight, and no one even mentions the Peace Process anymore.

All the people who came here from the four wings of the world had a story, and this story was often forgotten, evaporated. If there is a task, it is out of our comfort as the third generation to tell the story. Not in order to divide or create more hate, but to allow this place to be a real diversity of personalities, languages and cultures: not a single block, but a multitude; not a multiplicity of division, but a multiplicity of cultural and linguistic abundance; not “a villa in the jungle” (as former Prime Minister Ehud Barak once described Israel), but rather a real part of the Middle East.

That is what I wish for the country I grew up in and in which I live.

Moshe Sakal is the author of "The Diamond Setter: A Novel," out now from Other Press.