Wu-Tang Clan battles over the future of their hidden album

The DOJ possesses the one-copy-only Wu-Tang album, and the legendary hip-hop group wants it back 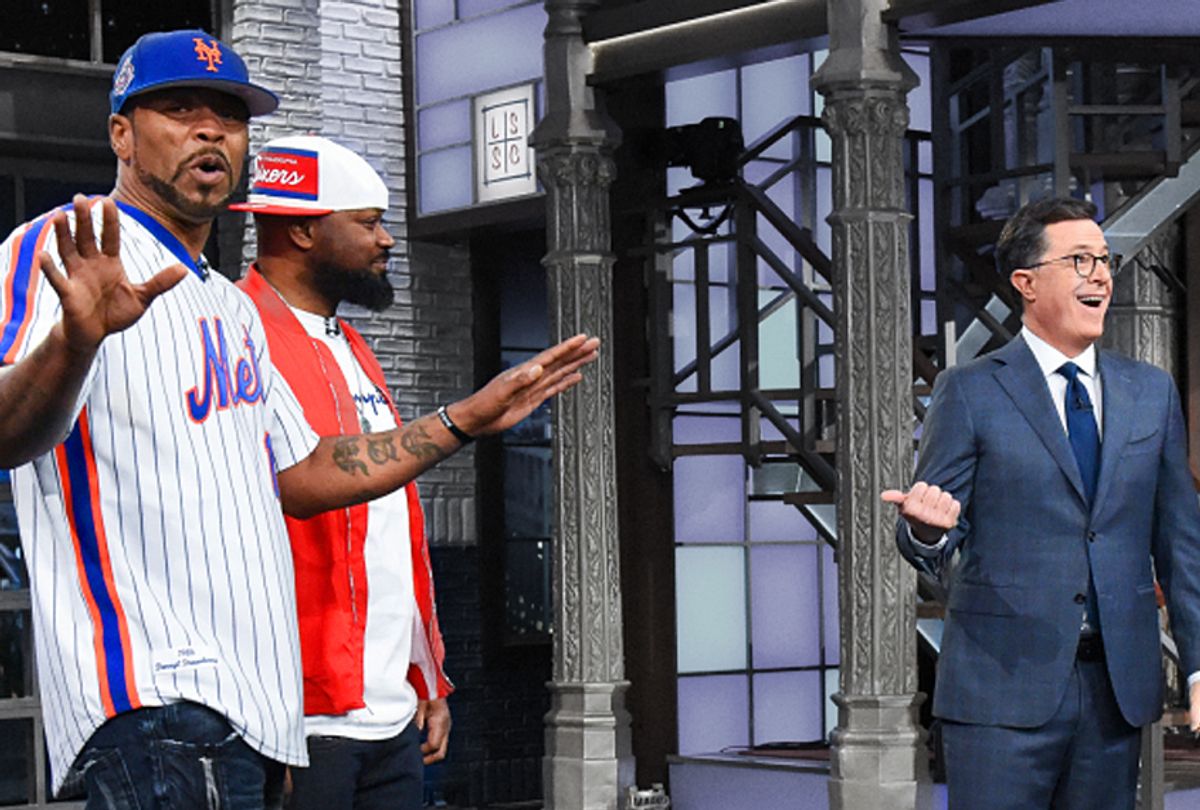 Method Man and Ghostface Killah, famed Wu-Tang Clan members, battled it out on "The Late Show with Stephen Colbert" with Attorney General Jeff Sessions (actually just a Keebler elf cookie) in a quest for possession of one of the legendary hip-hop group's albums, of which only one copy exists.

The comedic interpretation was all about the group's "Once Upon a Time in Shaolin," which was sold for $2 million to "Pharma Bro" Martin Shkreli. The album has quite a history. After Shkreli's arrest and conviction, the album became property of the federal government, meaning, maybe, it would become available for all Americans to enjoy. Earlier this month, a member of the hip-hop group, U-God, was featured on SalonTV's "Salon Talks" and addressed the issue. He explained, "All I know is the Feds got it [the album] and I’m going to have to go see Jeff Sessions just to hear it."

U-God added, "There’s a stipulation in the contract I heard that says if one of us gets our hands on it, it’s ours."

But Colbert explained that "unfortunately Shkreli came down with an acute case of going to jail."

"So he was forced to turn the album over to the Department of Justice," the late-night host said. "Which means that, believe it or not, the forfeited Wu-Tang album is now in Jeff Sessions' hands."

He continued, "It's in his hands! He could be staring at the album cover right now trying to figure out how there are nine black men he hasn't put in jail yet."

Colbert announced that "the man who controls the album's fate" was in the building, and he held up a Keebler elf cookie.

"Yo, yo, yo, it's the return of Jefferson Beauregard Sessions," the cookie, voiced by Colbert, said.

"I'm here to let you know that I will not be releasing 'Once Upon a Time in Shaolin' to the public. It's mine, all mine!" Method Man and Ghostface Killah interrupted the faux attorney general. "First of all, that album belongs to the people," Method Man said.

"Well, well, well well, if it isn't Mr. Man and Mr. Killah, two of my favorite Clan members, right up there with Inspectah Deck and David Duke," the Keebler cookie said. "Sorry b**ches, I'm not handing over anything for free. As you can see from my profile, I'm filled with C.R.E.A.M. — Cash Rules Everything Around Me."

The Wu-Tang members came to the conclusion that they had been given no choice but to settle this "through ancient ways of shaolin."

After a dramatic stare-down, Method Man calmly grabbed the Keebler elf cookie, bit its head off and walked off the stage.