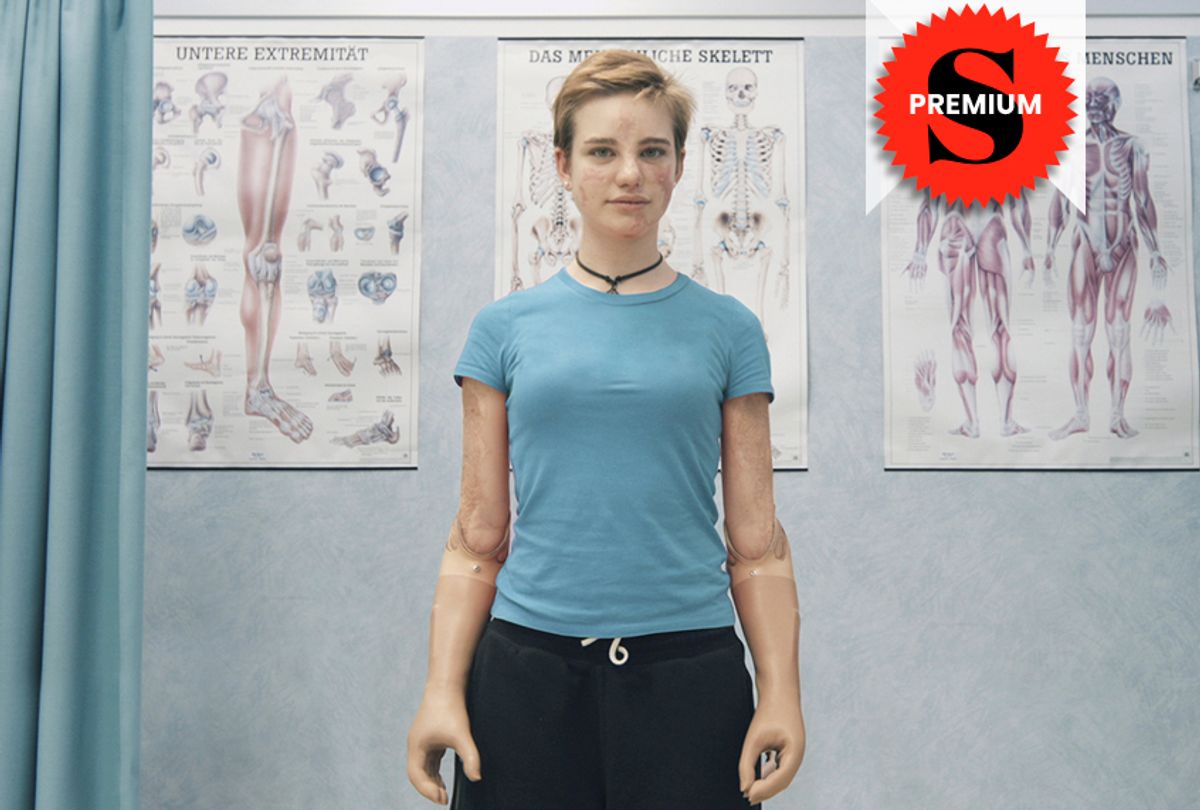 A still from "Beatrice" (Lorena Alvarado)
--

There’s both magic and the gritty real in director Lorena Alvarado’s film, “Beatrice,” which brings us into the fascinating world of Beatrice Vio, a 19-year-old Italian fencer who had her four limbs amputated because of complications from meningitis.

You can watch the full documentary "Beatrice" on Salon Premium, our new ad-free, content-rich app. Here's how.

Alvarado talked to Salon about what it’s like to be in the room with Vio and how she found inspiration in her subject.

What are your interests as a filmmaker and why did you zero in on Beatrice as a subject?

I’m interested in stories that integrate magical realism within documentary. Growing up in Venezuela, I felt that surreal elements were often seamlessly intertwined within mundanity. I love finding people that have some fantastical aspect and presenting it through a realistic lens.

What was a central take-away from filming Beatrice?

After her sickness, Beatrice had to re-learn how to do every single minuscule activity that most people take for granted. Seeing how she became completely self-sufficient and independent without real arms and legs remains an absolute wonder to me. She didn’t regain control over her body overnight — it was years of hard work, perseverance and determination. She made me realize how much can be accomplished with the right spirit and enough will power.

What was it like spending time with Beatrice and the Vio family?

Spending time with Beatrice and her family was an absolute pleasure. From day one, they were extremely open and welcoming. The whole production experience felt more like we were spending time with friends than actually making a film.

A funny anecdote is that Beatrice mentioned that the Hong Kong fencers were some of the most challenging athletes to compete against. She marveled that every championship they got better and better because they studied her moves. The cinematographer of the film, Shek Po Kwan, was actually from Hong Kong, so during the entire shoot we would joke that he was a double agent for the Hong Kong fencing team.

Beatrice is an international symbol of perseverance. How does she handle her fame?

That’s a question for Beatrice herself. I can’t really talk for her, but from all the time we spent together, I was really struck by how spectacular her family is. I think her parents and sibling are an enormous grounding force for her. They support her unconditionally and keep her sane within the fame.

Could you compare the status and treatment of paralympic athletes and disabled people in Italy compared to the United States?

This is another question I don’t feel necessarily equipped to answer. In social terms, I don’t know if one country treats disabilities with less or more prejudice than the other. But in a lifestyle sense, I think the U.S. is more hospitable to disabled people because of its infrastructure and services. This is not necessarily because it’s not an important issue in Italy, but because most Italian cities and towns were constructed thousands of years ago. With the preservation of these buildings, it is hard to remodel infrastructure that can become accessible for people with disabilities. Venice, which is where Beatrice was born, cannot even be traversed by car.

On the other hand, in the case of the U.S., construction is grotesquely prolific — buildings can be torn down and rebuilt in a heartbeat. It’s much easier to design modern buildings that have ramps, elevators and infrastructure that is purposely disable-friendly.

Right now, I’m developing a series of short experimental monologues on a variety of philosophical topics. The idea came from another short I made in Italy about eternal recurrence.

Watch Vio parry, lunge and esquive her way from a life of mere disability to world domination in her sport in "Beatrice," streaming on Salon Premium, our new ad-free, content-rich app.