The Second Amendment used to be absent from constitutional law classes, but no more 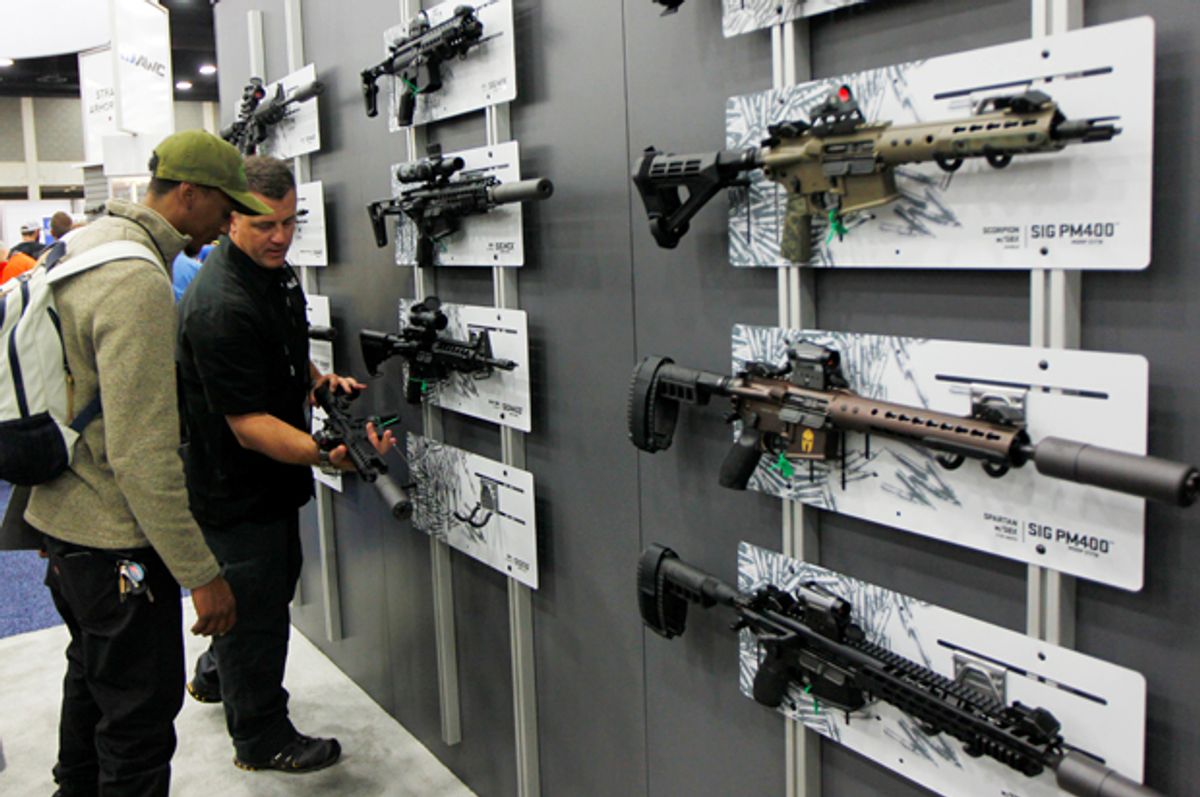 Twenty years ago, when I was a law student taking constitutional law, the Second Amendment did not even come up in class.

Today, as a law professor, I teach the Second Amendment as the very first case in my constitutional law class.

The emergence of the Second Amendment in law school classrooms is a lesson in the ways politics and society drive constitutional debates, breathing meaning into our Constitution.

The Second Amendment says, “A well regulated Militia, being necessary to the security of a free State, the right of the people to keep and bear Arms, shall not be infringed.”

The only reference to this right in my law school casebook was tucked into a 1997 case where the court ruled that the federal government could not commandeer local officials to enforce federal law.

There, Justice Clarence Thomas noted in an aside that the “Court has not had recent occasion to consider the nature of the substantive right safeguarded by the Second Amendment.”

Before that case, the last time the Supreme Court had addressed the Second Amendment was in a 1939 ruling, when it linked the right to possess a gun to “the preservation or efficiency of a well regulated militia.”

For the rest of the 20th century, a federal right to keep and bear arms was discussed only in a handful of law review articles, lower court cases and the occasional law school class.

“Perhaps, at some future date,” Justice Thomas mused in 1997, “this Court will have the opportunity to determine whether” the Constitution guarantees a personal right to bear arms.

That opportunity came in spring of 2008, when the Supreme Court heard Washington, D.C., resident Dick Heller’s challenge to the city’s ban on keeping a handgun in his home.

In a much-anticipated opinion issued that June, the court ruled “the District’s ban on handgun possession in the home violates the Second Amendment.”

Justice Antonin Scalia wrote a textbook opinion for the court in what is known as the Heller case. Clearly written and filled with historical references, the opinion and its dissents demonstrate the various ways we argue about the Constitution in the United States. These include the text, structure and history of the Constitution itself, as well as the practices, policies and principles of the American people.

This is how we study the case in my classroom.

We begin by asking, what does the text mean?

The court begins by defining “the People” who possess the right as “all Americans,” comparing the term with similarly broad uses in the First and Fourth Amendments. It also defines “keep and bear arms” as possessing and carrying weapons generally, not only for military use.

Next, students explore how that text fits within the broader structure of the Constitution.

Here the court must explain how the introductory reference to “a well regulated Militia,” relates to federal power over the citizen militia in the states. It decides the militia was the main purpose of the right, but it does not limit the right to the militia.

Then we turn to history. Like nearly all of our constitutional rights, the Second Amendment is derived from earlier state constitutions, many of which expressed pre-existing rights in English law. The court noted how commentators at the time of framing the Constitution recognized “the right of having and using arms for self-preservation.” Meanwhile, some of the first states explicitly guaranteed an individual right to self defense; others adopted an individual right in the decades after the Second Amendment.

The class then leaves the drafting of the Second Amendment itself, and looks at subsequent practices that bear on the right to bear arms, including interpretations by commentators and courts. One notable example is Congress’ protection of “the constitutional right to bear arms” for freed slaves after the Civil War. Of course, the court’s own interpretations of the Second Amendment were sparse and inconclusive – until Heller.

After examining these conventional legal materials, students turn to the court’s discussion of policy considerations. The Second Amendment, the court wrote, is “not a right to keep and carry any weapon whatsoever in any manner whatsoever and for whatever purpose.” The court points to historical limits on carrying concealed weapons and “longstanding prohibitions on the possession of firearms by felons and the mentally ill” or in “schools and government buildings.” Nor does the Amendment extend to “dangerous and unusual weapons.”

The court, and the class, concludes by placing the right within broader principles of American constitutionalism. The self-defense principle the court finds in the Second Amendment, like the free expression principle in the First Amendment, “necessarily takes certain policy choices off the table.” One of those prohibited choices is the handgun ban at issue.

None of this is to say the court’s decision is uncontroversial, even on these legal terms. So we also teach students about the dissenting opinions in Heller and other critiques of the decision.

In dissent, Justice John Paul Stevens offers, for example, a line-by-line rebuttal of the court’s historical account. Justice Stephen Breyer describes an American policy of reasonable gun control from colonial times to today’s responses to gun violence. Many commentators criticize the opinion as going too far, or not going far enough.

In the end, however, the case has had limited impact, raising more questions than it answers. The questions it poses are why it is such a teachable case. It leaves to future generations the task of filling out the Second Amendment’s meaning.

As I tell my students, our lawyer’s oath to “support the Constitution” is largely a commitment to a culture of argumentation. We lawyers, like citizens generally, sustain our Constitution by debating it, as we have for centuries. In this way, we are all law students, working out the Constitution’s meaning, together.

Anthony Johnstone, Professor of Constitutional Law, The University of Montana