Suddenly Republicans sound like the ACLU, when the point is to keep Mueller away from Trump's shady business deals 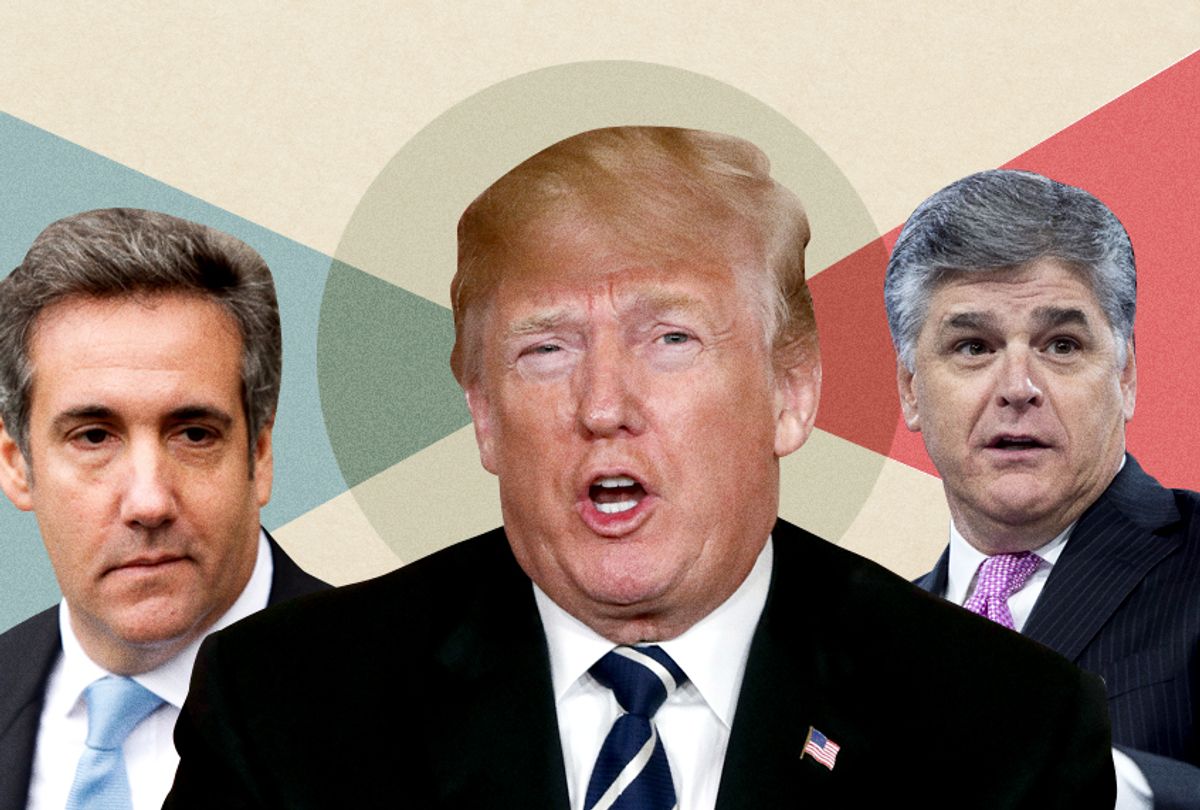 What's the old saying? A liberal is a conservative who's been arrested, and a conservative is a liberal who's been mugged? Well, the Donald Trump era is proving this to be more true than we knew. Liberals certainly feel mugged by the corruption, ineptitude and chaos of the Trump administration, and conservatives are all becoming "card-carrying members of the ACLU," as the senior George Bush used to spit derisively at his political opponents. The former are uncomfortably counting on the rule of law to bring some sanity to an insane political environment, while the latter claim to believe that the "deep state" is involved in a massive conspiracy to remove their president from power.

Trump supporters have tried out a lot of different tactics to derail Special Counsel Robert Mueller and his investigation. But as the months have gone by and we have seen indictments and guilty pleas in various strands of the Russia investigation, along with the latest move by the U.S. attorney in New York against Michael Cohen, the president's self-identified "Ray Donovan," they have adopted a new strategy. And it's really something.

Essentially, Team Trump is now claiming that the rule of law is only applicable to Donald Trump as it pertains to Russian "collusion." Any other crimes that may be uncovered from any source are to be ignored:

That tweet referred to a New York Times op-ed about Trump's myriad shady overseas business deals in Russia and elsewhere. The president, who has refused to divest himself from his business, appears potentially vulnerable to blackmail for previous unsavory activity with criminal elements. These things should have been sorted out before the election, but nobody ever considered that the president of the United States might retain his domestic and international business -- still less that he would refuse to open his books and reveal his financial ties. It is still mind-boggling that Trump is getting away with that.

The special counsel referred the Cohen investigation to the New York federal prosecutor because he came across information suggesting criminal activity that fell outside his mandate. That should give all these people pause. Mueller, and presumably his boss, Deputy Attorney General Rod Rosenstein, are playing it by the book. It seems not to have occurred to these Trump defenders that federal law enforcement authorities might be pursuing these cases not because they hate Trump but because they keep finding evidence of corruption and criminality. Contrary to Trump's insistence, most of these cops are Republicans. Many of whom probably voted for him, although as they would surely agree, that's irrelevant.

While Republicans fret about Mueller exceeding his mandate, it's because the Cohen case has Trump highly agitated at the moment. His supporters have all been out there telling reporters that Cohen is going to "flip," either because Trump treated him like dirt or because he is afraid of being raped in prison. Either way, the whole discussion is sordid. Trump himself tweeted about it:

If I were a cynical person, I would observe that that comment lays the groundwork for Trump to claim that Cohen was coerced into lying, if he does cut a deal. (Unofficial Trump legal adviser Alan Dershowitz explicitly spells out that narrative in this op-ed.) Of course, the problem for Trump is more than Cohen's testimony. There are communications, financial records and purportedly audio recordings that could be just as incriminating.

That brings us to the other player in the Cohen saga, Fox News host and shadow White House chief of staff Sean Hannity. When it was disclosed that he was one of Cohen's three clients, the right raced to his defense with the same fervor with which they defend the president. Judicial Watch's Tom Fitton said Hannity had been "victimized in this process. I mean, his name was leaked out . . . forced out by the court." Fox News' Tucker Carlson suddenly sounds like liberal Justice William O. Douglas:

Attorney-client privilege no longer means anything, we learned that the other day. Neither does privacy or public reputation or fairness. If Cohen’s other clients can be exposed by the left solely to embarrass them, what is the next step exactly? Could you punish a Trump ally by, I don’t know, revealing his internet search history? What about someone’s medical records? How about a private conversation with a priest or rabbi? Why not? All of that will happen, no question.

Why Hannity should feel the mere fact of this professional relationship should stay private, even as he comments on the case on a daily basis, remains an open question. Most news organizations would call that unethical. But then, this is Fox News we're talking about.

At the time Hannity's name was revealed, he said that he had asked Cohen for some casual real estate advice but nonetheless expects attorney-client privilege, which is within his rights but piques everyone's natural curiosity. Why in the world would he need to consult about real estate deals with a "fixer" like Cohen? This is particularly true considering that we have since learned that Hannity has a professionally managed real estate portfolio worth tens of millions of dollars. If anything, it appears that Hannity may be more successful in real estate than Donald Trump, who was reduced to flogging cheap perfume and hosting a cheesy game show just a few years ago.

Whatever Hannity consulted Cohen about will probably never see the light of day. The feds are only seeking evidence of criminal behavior, and unless Hannity is lying, that will be the end of that. We'll all still be able to talk to our rabbis without Robert Mueller squeezing us for the details.

How long will conservatives continue to care about civil liberties? The only time they ever care about them is when a rich, powerful, white Republican gets caught in the maw of the legal system and finds out that "law and order" isn't just for poor people. It's like a solar eclipse or Halley's comet -- it happens so rarely that we barely get to see it, and after it's over it's like it never happened at all.