Listen to an interview with Sarah McBride, who made history as the first transgender person to speak at the DNC 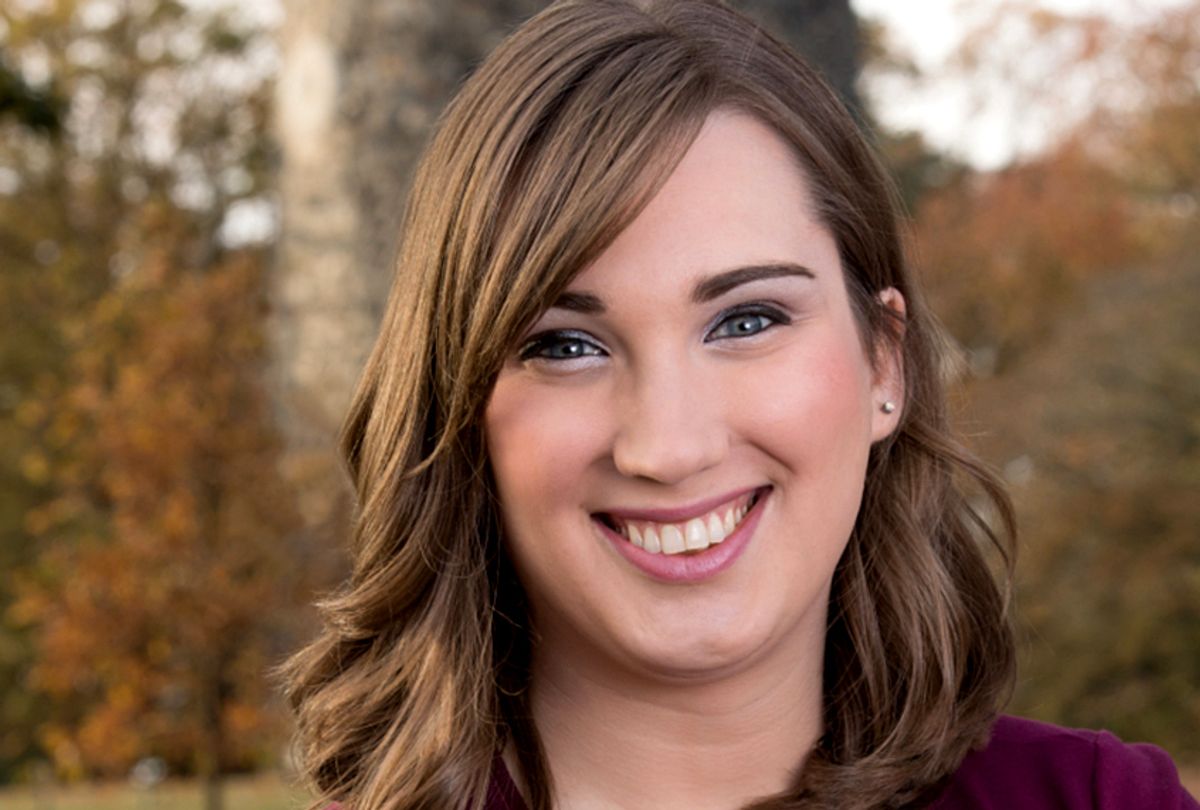 She was understandably both anxious and exhilarated. But it wasn’t the hardest thing she had to find the courage to do.

“It was a surreal experience,” Sarah told me in our conversation for the Inflection Point podcast. “What really brought me a lot of a lot of comfort in that was knowing that it was a moment that hopefully meant something to other people, and it wasn't about me, it was about that arena full of people standing up and cheering and applauding and affirming our dignity.”

Two years before, Sarah stood at the altar with her beloved partner and fellow trans rights activist Andrew Cray and vowed to love him forever and ever. It was a bittersweet wedding ceremony because they knew that Andy had terminal cancer and had very little time left.

“Through it all, my brother, who is a radiation oncologist and has watched far too many people pass away, said to me, ‘This is going to be incredibly difficult. But look around you and take stock in the acts of amazing grace that you will see,’” Sarah told me.

“For me it actually was eye opening because I then started looking around and I saw humanity at its best. . . . All of these miracles, all of this amazing grace that I was able to witness. It didn’t just change my perspective in Andy’s last month, but it's totally changed my perspective in life.”

A year before saying “I do” and then “goodbye" to Andy, Sarah stood on the steps of the Delaware state capitol, where she was working to get the Gender Identity Nondiscrimination Act passed in her home state. An angry woman walked up to her and threatened Sarah with assault if she were to see Sarah in a women’s restroom.

When Sarah reported the threat to the Capitol Police, they told her, “this is what you get for coming down here and doing this.”

“At first I was like, ‘Oh yeah, that is what I get. That is what’s to be expected,’” Sarah said. “But then I was like, ‘No. That's not to be expected. It might not be surprising, but it should not be a natural byproduct of advocating for your dignity to then be threatened with violence.”

But going toe to toe with the hatred so many transgender people face every day wasn’t the hardest thing that Sarah had to find the courage to do.

The hardest thing was finally finding the courage to use her voice and embrace the power of her story.

“My voice isn't just powerful, my voice doesn't just matter, but I as an LGBTQ person I am powerful by just being, by living.” Sarah says. “And that is a power we carry with us from the scariest of spaces to the safest of places.”

To hear more of Sarah's powerful story, listen to my conversation with Sarah McBride, press secretary at The Human Rights Campaign and author of "Tomorrow Will be Different: Love, Loss, and The Fight for Trans Equality."

Hear more stories of how women rise up on "Inflection Point" on Apple Podcasts, RadioPublic, Stitcher and NPROne