Shigir Idol could be oldest piece of monumental art: study

The wooden statue once reportedly stood 16 feet tall, and was created right after the Ice Age ended 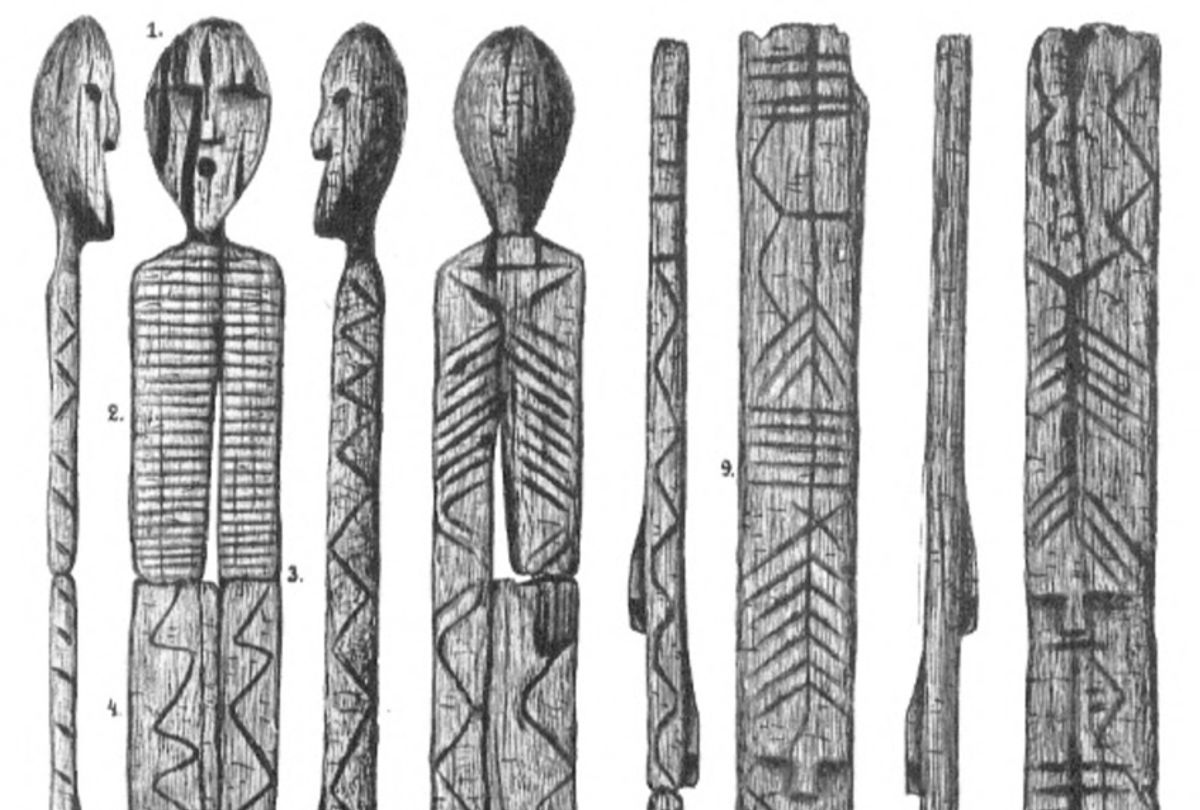 When did the notion of art begin? What is the first piece of artwork to be created by a human? These are questions that have long been debated among archaeologists and anthropologists. However, a recent study published in the journal Antiquity, makes the case that there are  compelling reasons to believe that a statue known as the Shigir Idol—which was discovered in 1894 in Russia—is being reconsidered as one of the oldest examples of monumental art.

According to researchers from the Russian Academy of Sciences and the University of Göttingen, a new analysis calculated that it could be nearly 11,600 years ago. To put it in context, the Ice Age ended about 11,700 years ago. It was previously on display at a Russian museum. Researchers thought it was only a few thousand years old, but the recent round of radiocarbon dating suggests otherwise. Additional examination reportedly discovered new markings on the statue that once stood 16 feet tall.

As the abstract of the study explains:

“Recent application of new analytical techniques has led to the discovery of new imagery on its surface, and has pushed the date of the piece back to the earliest Holocene. The results of these recent analyses are placed here in the context of local and extra-local traditions of comparable prehistoric art. This discussion highlights the unique nature of the find and its significance for appreciating the complex symbolic world of Early Holocene hunter-gatherers.”

“We have to conclude hunter-gatherers had complex ritual and expression of ideas. Ritual doesn't start with farming, but with hunter-gatherers,” Thomas Terberger said, via Science magazine, an archaeologist at the University of Göttingen in Germany and a co-author of the study.

Science magazine writer Andrew Curry reported that the first radiocarbon analysis of the statue suggested the piece was 9,800 years old. The age of the piece caused controversy because some scientists reportedly claimed that hunter-gatherers couldn’t have created such a piece of art. The researchers from the latest study took samples from the piece in 2014 which helped discover its new age.

“The further you go inside, the older [the date] becomes—it's very indicative some sort of preservative or glue was used” Olaf Jöris, an archaeologist at the Monrepos Archaeological Research Centre and Museum for Human Behavioural Evolution—who wasn't involved with the study—told Science magazine.

Peter Vang Petersen, an archaeologist at The National Museum of Denmark in Copenhagen (who also was not involved with the study) explained to Science magazine that prehistoric art changed as Earth transitioned out of the Ice Age.

“Figurative art in the Paleolithic and naturalistic animals painted in caves and carved in rock all stop at the end of the ice age. From then on, you have very stylized patterns that are hard to interpret,” Petersen said. “They're still hunters, but they had another view of the world.”

Coauthor and archaeologist Mikhail Zhilin of the Russian Academy of Sciences in Moscow told Science magazine the piece of art could depict local forest spirits or demons.

Little is known about the society that carved the idol though. According to Science magazine, Zhilin has returned to the site to excavate. Zhilin and his team have reportedly found small bone points, daggers and elk antlers with carvings of animal faces. He also commented that their knowledge on how to handle wood is impressive.

“They knew how to work wood perfectly,” Zhilin said.

“I expect there were many more of these and they're not preserved,” he said.