Here's why NeverTrumpers should stay in the GOP: It might help save democracy

Yes, the Republican Party is gravitating toward fascism. All the more reason for those with another vision to fight 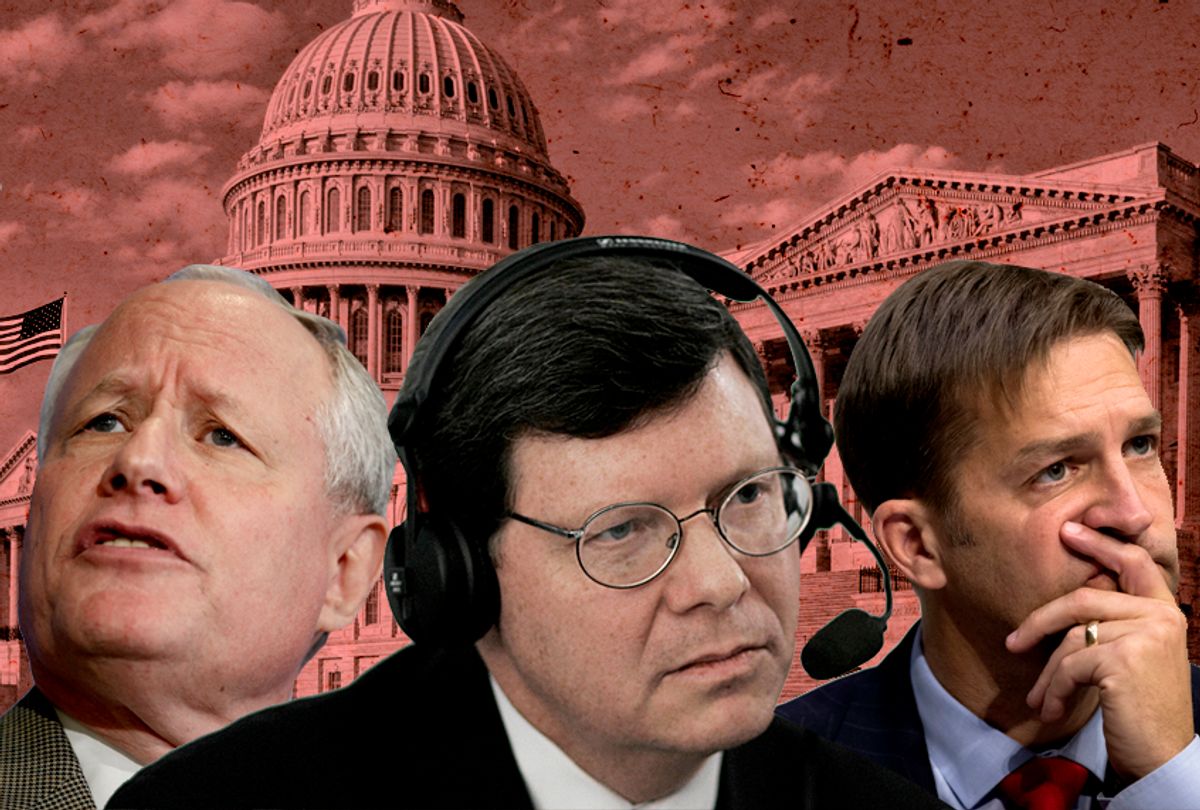 Whether we like it or not, the GOP is firmly in the grip of Donald Trump and his brand of ethnically driven populist nationalism. As political scientist Larry Bartels points out, there is no meaningful anti-Trump sentiment in the party. Republicans have long shared the cultural grievances marshaled (toxically) by the president, and moreover, have been far more passionate about those grievances than the traditional concerns of the party establishment — tax cuts, fiscal restraint, and laissez faire economics. Despite all that has transpired since the election, the political landscape is fundamentally no different than it was on the day that Donald Trump shocked the world and won the White House.

Where does that leave Never-Trump Republicans? Some are understandably running for the exits, convinced that it would be easier to start anew with a third party than to scrub the GOP clean of the toxins now surging through its base. But while that task is admittedly hard (a task we’ll return to in a moment), launching a competitive third party is even harder. Despite an increase in independent voter identification and declining approval ratings for the Democratic and Republican parties, the two parties are arguably more secure than ever. Even were they not, the rules and regulations surrounding electoral competition (rules and regulations that neither Democrats or Republicans have any incentive to change) make it virtually impossible for a third party to meaningfully compete.

Moreover, where are these new party members going to come from? Republicans are reasonably happy with Donald Trump, and Democrats are happy with their party leading the #Resistance. Third parties don’t succeed until one of the two parties collapses. And despite the blue wave that’s building towards November, there’s no signs of that happening (yet).

Where else might Never-Trump Republicans go? Independent candidacies are certainly possible, but without a party’s infrastructure, campaigns at the national level are only viable for mega-rich celebrities, a dubious crap-shoot for Never-Trump Republicans. And even if a successful independent campaign for the presidency were to play out (something we’ve never seen, by the way), it would still leave Congress in the hands of bitter party loyalists and dysfunction the likes of which we can only imagine. State and local independents occasionally win, of course, but victories are personal and rare, with the national political terrain remaining unchanged. Going Democratic is an option, but there aren’t enough Never-Trump Republicans to really impact where that party is going (Sanders-Warren) and little enthusiasm for their progressive agenda.

Even if self-imposed exile were a comfortable option, it’s probably a self-defeating one for those alarmed about the direction of the Republican Party. Granted, a steady string of decisive electoral defeats would eventually force the GOP to change course or die (the fate of the party in California). But despite what some bullish progressives are beginning to think, a generation-long series of electoral beatings is unlikely. Donald Trump may lose in 2020, but if the party continues along its current path, he would simply be replaced by new and better “Trumps” on the horizon.

If past is prologue (and we see no signs that it will be otherwise), Democratic overreach will trigger a Republican resurgence. Only two years after Richard Nixon resigned, after all, the GOP nearly held the White House in an electoral cliffhanger. Two years after that, they posted gains in the 1978 midterms and, two years after that, they regained the presidency and (for the first time since the 1950s) the Senate. If Richard Nixon didn’t sink the Republican Party, it is unlikely that Donald Trump will.

Let’s remember what’s at stake. The Republican Party is slowly becoming comfortable with the authoritarian, blood-and-soil politics of Marine Le Pen’s National Front. A competitive, proto-fascist party (let’s not mince words) in a two-party system would be an existential threat to American democracy. Democrats and Iindependents are in no position to change the trajectory of the Republican Party. Only Republicans can do that. And if Never-Trump Republicans walk out (as Jonathan Chait recently invited them to do), who exactly will undertake what might prove to be the most important job in modern American political history?

While this might be the very definition of “heavy lift,” it’s a lift that has been executed in the past. Political scientist David Karol points out that, not long ago, the GOP was a party that embraced abortion rights, trial lawyers, gun control, the Equal Rights Amendment and desegregation. And the migration of Southern Democrats into the Republican Party cannot fully explain the party’s transformation. Even a decade ago, the GOP nominated for the presidency a man (Sen. John McCain) who campaigned on aggressive measures to address climate change. And almost four decades ago, Ronald Reagan campaigned for the White House while giving full-throated support for liberal immigration laws.

Then-President Barack Obama was not wrong when he told a Miami television station in 2012 that “if I had set the same policies that I had [advanced as a president] back in the 1980s, I would be considered a moderate Republican.” What happened? In part, Republican moderates lost heart and left the party. Had they not, the history of American politics might have turned out rather differently.

There is an important lesson to be learned here: Powerful political establishments can fall to determined intra-party insurgencies virtually overnight, even when they appear to be at the pinnacle of their strength. Never-Trumpers may not have it in their power (or necessarily even have it in their mind) to return the GOP to Dwight Eisenhower’s “modern Republicanism,” but their position is no weaker than Barry Goldwater’s and William F. Buckley’s were coming out of the Republican national convention of 1960.

The GOP will likely stay on its present course until it is decisively defeated in a national election. What happens next will depend on whether there are dissidents in the party with a will to fight. There is no more important job in American politics than that which fate has bestowed on the dwindling contingent of Never-Trump Republicans. But they need to remain Republicans to see it through.