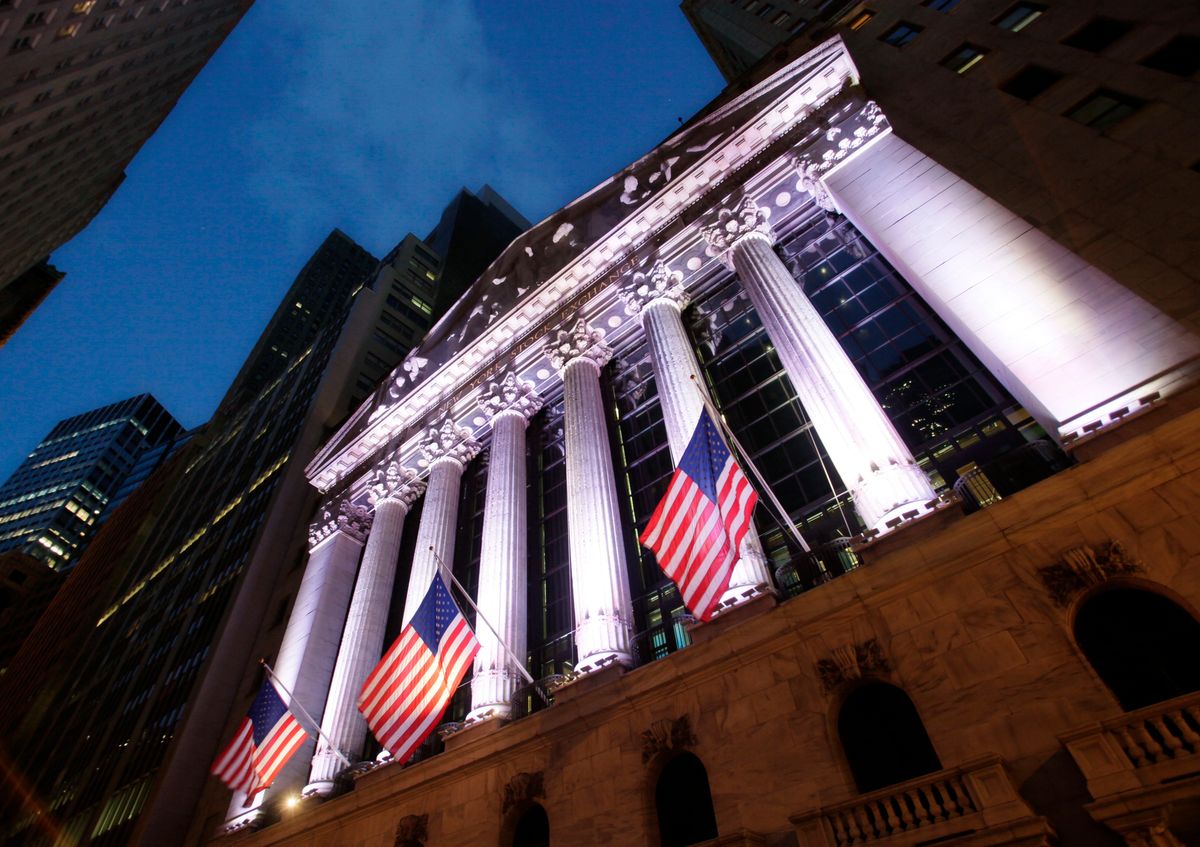 Stocks have been on a bumpy ride lately as concerns over a trade war prompt investors to rethink their appetite for risk.

But what prompts people to take risks in the first place? A desire for wealth? Fear of failure? Personality? Gender? Age? Education? Race?

While studies have found that each can play a role, research I recently conducted with colleagues found another surprising factor: their location inside buildings, specifically their distance from street level.

Business and the environment

Yet over 75 years since Churchill said this, we still don’t know all that much about the role buildings play in shaping how we behave.

While our understanding of the human psyche and behavior has changed radically over the past few decades thanks to advancements in various branches of psychology and neuroscience, study of the link between humans and their physical environment seems to have mostly been on hiatus since the 1970s.

Despite this, a peculiar group of academics have made great strides in recent years when it comes to understanding human-environment interactions: business researchers.

A growing number of scholars in business schools — including my own — have been investigating how people’s financial and consumer decisions are affected by factors in the built environment. Labels have emerged to describe these findings, such as “atmospherics,” “sensory marketing,” “servicescapes” and “embodied/grounded cognition.”

For instance, studies have shown that people are more creative in rooms with high ceilings, more likely to vote in favor of educational initiatives when they are physically in a school, seek more variety when shopping in narrow aisles, prefer romantic movies in cold rooms and are more likely to donate to charities in brightly lit settings.

While the burgeoning literature in this area is often disjointed and scattered across fields such as marketing, finance and organizational studies, these findings are nonetheless fascinating.

So what does all this have to do with risk?

Most people would like to think that they are stable decision-makers, and that their attitudes toward risk are part of their personality. They may describe themselves as chronically hotheaded, overcautious or somewhere in between — but always consistently so.

However, research has shown that risk-taking is a function of situations as much as traits. Behavioral economics pioneers Daniel Kahneman and Amos Tversky, as well as others that followed, have found that risk preferences and behaviors can shift dramatically depending on a multitude of extrinsic factors, such as how a decision is framed, resources available to the decision-maker and social pressure.

Yet research on the impact of physical environments on risky decisions is scant. Until recently, the only thing we really knew about it is that people who are chronic risk-takers often seek the thrill experienced in high elevations. Think skydiving, bungee-jumping, skiing and so on.

My colleagues and I wondered if the opposite is true. In other words, does being placed at high elevations make people more risk-seeking than they would be, say, at street level?

In a series of studies recently published in the Journal of Consumer Psychology, we found that risk tendencies change drastically depending on people’s location in buildings, specifically what floor they are on.

We started exploring this topic by collecting data on fund performance and office location from over 3,000 hedge funds, which collectively oversee more than $500 billion in assets.

We then examined the correlation between hedge fund volatility and office location in terms of number of stories above ground. We found that as the elevation of hedge fund managers’ offices increased, they were more willing to take risks that resulted in more volatility. This was true even when statistically controlling for factors such as total assets, fund strategy and several other variables that could have led more resourceful hedge funds to occupy expensive offices that are often found on higher levels of buildings.

Next, we conducted four field studies across 22 U.S. states to explore the causal link between elevation and risk and to explain how and when this phenomenon occurs.

One of these studies involved conducting, quite literally, an “elevator pitch” — or making a proposal in the time it takes to get from one floor to the next. Essentially an experimenter would randomly meet with people in an elevator at the Renaissance Center, a 73-floor skyscraper in Detroit, Michigan. While traveling up or down, the experimenter would pose a potential investment decision (a 30-second elevator pitch, if you would) which involved deciding how to allocate a certain amount of money between a low-risk savings account and a high-risk investment.

We found that people going up were much more likely to invest in the risky (rather than safe) option compared with those going down. This was true even when we asked the same person about two hard-to-compare investments, once while going up and the other on the way down. We used various other controls to ensure there was no “order” effect.

In another study, we randomly placed participants on the ground floor or third floor of a building and asked them to make 10 decisions with differing degrees of risk and payoff. We found that people implicitly feel more powerful in higher elevations, consequently leading to increased risk-seeking behavior — often in an irrational manner. This is in line with previous psychological findings suggesting that individuals who feel powerful are more likely to seek risks.

No risk-takers in Kansas

What these results suggest is that while buildings people occupy everyday probably affect their decisions at one point or the other, the impact may be more consequential for individuals who work in high-rises and manage millions of dollars of investments.

Loftier office location may be one element that nudges money managers to take unreasonable risks, whether during the subprime mortgage crisis in 2008, historic volatility in the cybercurrency market or in the record stock market surge that ended in January.

Does this mean that moving Wall Street from the skyscrapers of Manhattan to the flat plains of Kansas will save us from the next recession? Probably not.

But the point to remember is that, as Churchill alluded, the buildings that surround us can have a powerful impact on our decisions. And scientists have barely scratched the surface when it comes to understanding the complex ways in which it can shape us and subtly guide our thoughts and actions.