"I think it’s a time in our culture where people love to pretend they’re offended," he said. 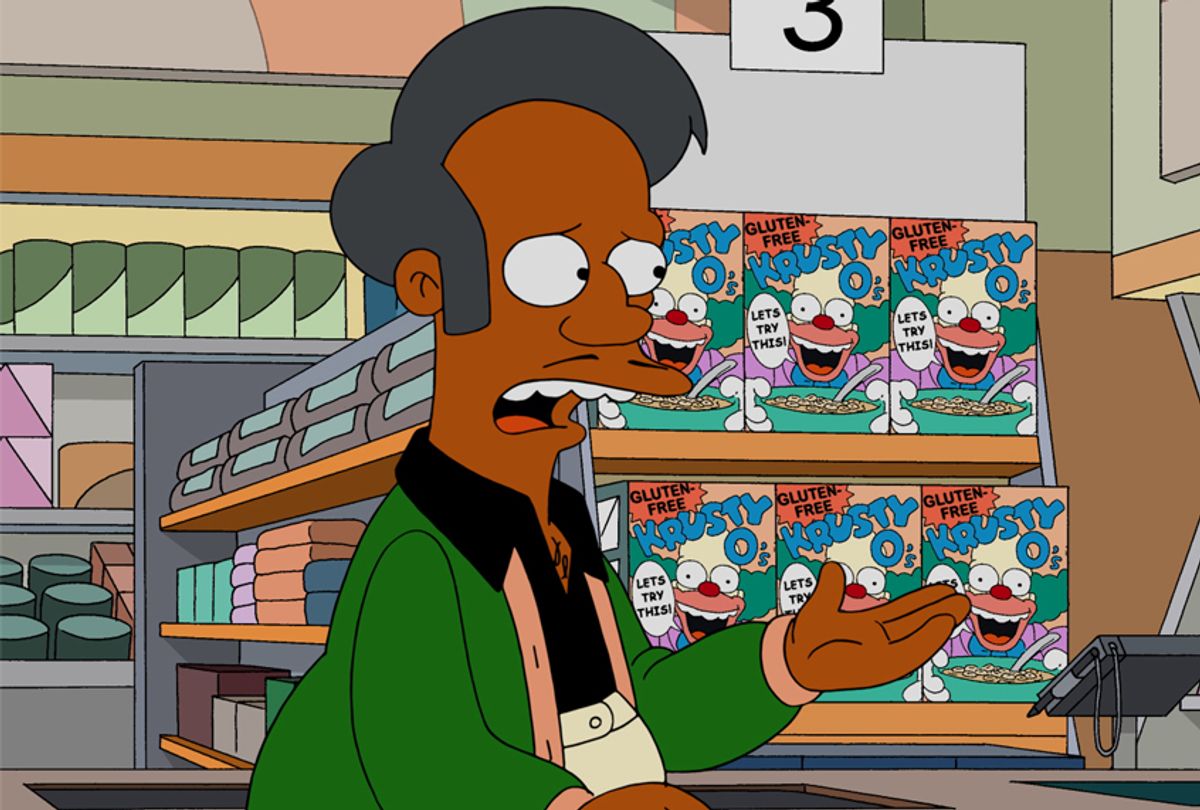 For the first time, "The Simpsons" creator Matt Groening publicly addressed criticism surrounding the character of Apu Nahasapeemapetilon, an Indian-American convenience-store owner voiced by a white man, in an interview with USA Today in honor of the show's record-breaking 636th episode.

Apu, a shopkeeper who has been part of the long-running animation series since 1990, with Hank Azaria adopting an Indian accent to voice him, has been widely condemned as an instance of racist stereotyping.

When asked if he has mulled over the backlash of Apu as a stereotype, Groening replied, “Not really. I’m proud of what we do on the show. And I think it’s a time in our culture where people love to pretend they’re offended.”

He then added, “We’ll let the show speak for itself.”

The most prominent recent criticism of Apu came from comedian Hari Kondabolu. Kondabolu is the creator of a 2017 truTV documentary, "The Problem with Apu," which suggests Apu is emblematic of a larger issue: The negative representation of people of color in pop culture.

"The Simpsons" referenced the Apu controversy in the April 8 episode, "No Good Read Goes Unpunished." In the episode, the writers confessed that while Apu's character was "politically incorrect," they did not apologize for the offense the series has caused and the racist stereotypes it has enforced. Instead, the sitcom indicated that being politically correct is bad for story-telling and for art and suggested that not much can be done to mend the transgressions of the past — a lackluster response for a series known for its savage satire and cultural criticism.

The episode wrestles with the Apu controversy after Marge (Julie Kavner) tries to share her favorite childhood book with Lisa (Yeardley Smith) but discovers that it's filled with racist comments and stereotypes. In an effort to "fix" the problem, Marge attempts to rewrite the book to make it politically correct, then decides that it makes for a dull and uninspired narrative.

“Well, what am I supposed to do?” Marge asks.

“It’s hard to say. Something that started decades ago and was applauded and inoffensive is now politically incorrect,” Lisa answers. “What can you do?”

The camera then pans to a picture of Apu on Lisa's bedside table.

"Some things will be dealt with at a later date," Marge adds.

"If at all," Lisa responds, and the pair stare directly into the camera.

Kondabolu was not impressed with the way the show addressed the controversy.

"Wow. 'Politically Incorrect?' That’s the takeaway from my movie & the discussion it sparked? Man, I really loved this show. This is sad," Kondabolu tweeted.

After the episode aired, showrunner Al Jean tweeted that the show will “try to find an answer that is popular & more important right,” while Hank Azaria, who voices Apu, offered to “step aside” from voicing the character.