The White House frets about how the U.S. imports more stuff than it exports 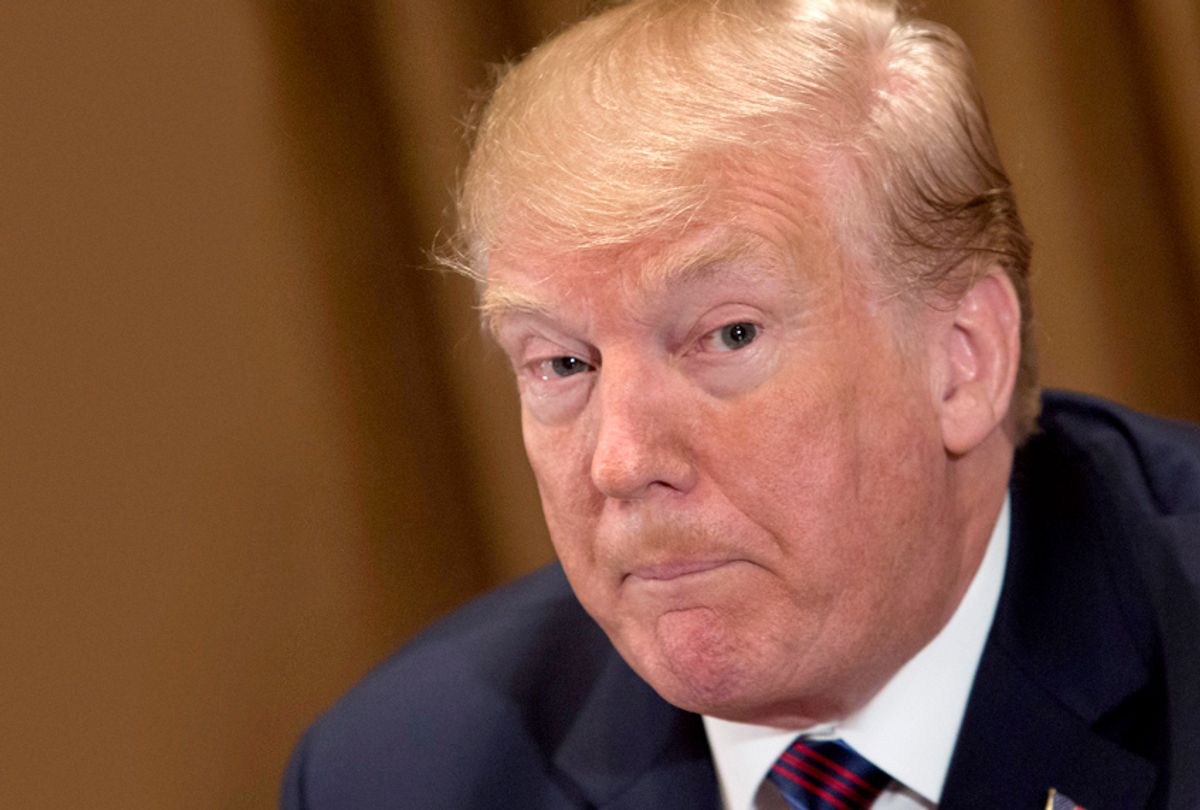 His apparent desire to start a trade war with China is only one example on a long list of what I see as poor trade policy choices. Others include: abandoning the Trans-Pacific Partnership trade deal, threatening to abandon NAFTA and the tariffs he’s imposing on imported steel and aluminum.

The U.S. has historically led the global trade system, which I’d argue has benefited the nation economically overall, even if researchers estimate that the U.S. lost 985,000 manufacturing jobs to Chinese competition between 1999 and 2011. Why is this administration apparently willing to undermine a half-century-old system of rules governing the international exchange of goods and services?

The short answer is Trump’s “America First” ideology, a term that among other things rests on a guiding principle of economic nationalism.

I can describe this trade policy’s logic, even if I can’t understand why his administration embraces it.

Trump essentially subscribes to a modern version of mercantilism, a school of thought most economists believe Adam Smith extinguished after he published his landmark book “The Wealth of Nations” in 1776. Mercantilism rests on a key idea: Exports are good and imports are bad. People who believe in mercantilism therefore see global trade as a zero-sum game.

Navarro, a former University of California, Irvine associate professor, is the only economist with a Ph.D. of the bunch. But when I scanned Navarro’s scholarship it surprised me to find that he has not published on this topic in a leading academic economics journal. One sign that he’s outside the mainstream on trade: The Economist magazine dismissed him as a “China-bashing eccentric.”

It didn’t take Ross long to live up to his reputation as “Mr. Protectionism.” Under his leadership, the Commerce Department took the lead on slapping tariffs, taxes levied on imported goods, on steel and aluminum from other nations.

Lighthizer is a lawyer with decades of experience litigating anti-dumping cases on behalf of American steelmakers that accuse foreign manufacturers of selling here at prices below what customers have to pay in their own countries. He is highly critical of the World Trade Organization, especially the process through which it handles trade disputes over dumping.

Until former Goldman Sachs President Gary Cohn resigned as Trump’s chief economic adviser in March, there was at least one strong supporter of free trade inside the White House. Now that he’s moved on, the mercantilists are clearly in charge.

Although Cohn’s replacement Larry Kudlow has criticized the steel and aluminum tariffs, he has expressed support for Trump’s hard line on trade with China. His background as a television pundit with no formal training in economics suggests he will have a hard time pushing back on the mercantilist rhetoric, making it unlikely that the administration will adopt a more mainstream trade policy anytime soon.

Like nearly all economists, I believe that contemporary mercantilism is wrong on three counts. First, trade is not a zero-sum game. Second, imposing new and higher tariffs on imports won’t make the U.S. trade deficit go away. Third, reciprocity in trade negotiations does not require all countries to cut their tariffs to the same level.

Actually, every one of my students at The Ohio State University can explain why trade is a positive-sum game. Most of the exchanges that occur, such as when the U.S. sells China soybeans and China sells the U.S. sneakers, are efficient uses of a country’s resources. Overall, trade boosts national incomes and consumer purchasing power.

All Macroeconomics 101 classes taught in America should quickly impart an appreciation of the underlying cause of the U.S. trade deficit. Currently, the value of goods and services the U.S. produces adds up to less than the total value of the nation’s consumption, investment, government spending and exports. Due to low household savings and high federal expenditures, the U.S. runs a trade deficit, imports making up the difference between consumption and production.

Given this macroeconomic imbalance, raising tariffs and pulling out of trade deals will not tame the trade deficit. Any reduction in imports from, say, China, would be matched by new imports from elsewhere. A more effective policy would encourage U.S. households and businesses to consume less and save more while cutting federal spending.

Thanks to global trade diplomacy, the average tariffs developed countries apply to their imports have been falling since WWII and most now average between 10 and 15 percent.

As you might suspect, trade negotiations are not politically feasible if they strongly favor one country over another. Some 167 countries belong to the WTO, an organization through which they conduct multilateral trade negotiations and resolve trade disputes. With the exception of developing countries, its members must offer to cut their tariffs when other countries cut their own.

Trump seems to favor a new approach to reciprocity that would, in this example, require Japan to bring its tariffs to the same level as America’s, essentially forcing it to make a bigger concession. As a result, Japan would likely walk away from the negotiating table.

In short, I believe that the Trump administration’s trade policy is grounded in an ideology that was debunked long ago, lies outside mainstream economic thinking, and isn’t backed by any credible empirical evidence. This mindset could possibly push the U.S. into a full-blown trade war and undermine the established rules of the global trading system, endangering the global economy.