How one researcher accidentally invented a "breathalyzer" test for weed 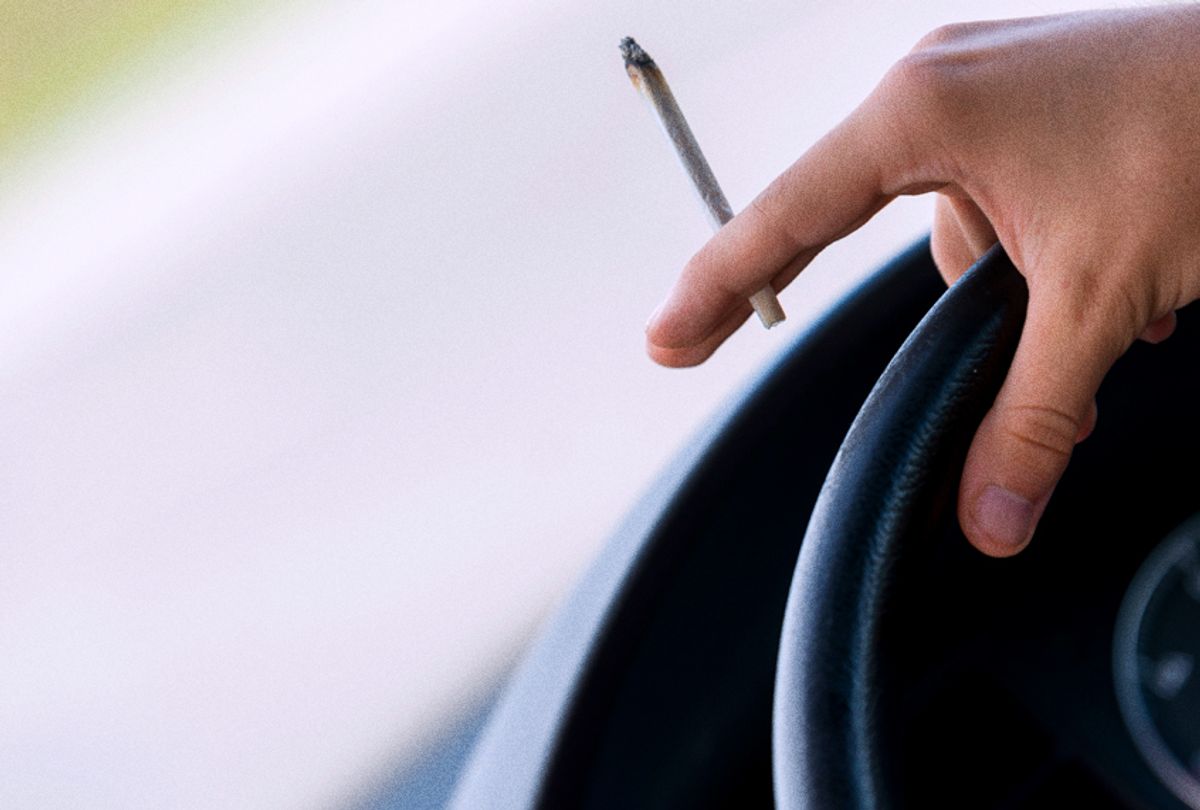 As recreational marijuana is increasingly legalized in U.S. states, police departments have been looking for a simple means of identifying if a driver is impaired — something akin to the breathalyzer tests that quickly measure blood alcohol levels, but for cannabis. One woman says that she has the answer — and detecting people driving while high could be as easy as looking into a camera.

Researcher Denise Valenti created a marijuana “breathalyzer” test — accidentally, she says — while working in an Alzheimer’s research lab. Valenti was trying to find a way to diagnose the early onset of Alzheimer’s using eye exams. Instead, she discovered a two-minute visibility test that she says can measure if someone is high. The result is the only test of its kind, and she patented it in 2015.

Dr. Valenti has worked in the field of impaired driving for a decade and said this test can be brought to court and used by law enforcement officials in an effort to reduce deaths and inaccurate DUI arrests. But her patent isn’t taking off.

“[A lot of people] don’t want me to talk about driving high,” she says.

Valenti’s test, designed to measure the level of visibility a driver has when they are high, is a tablet-based app called IMMAD, an acronym for Impairment Measurement Marijuana and Driving. The test is related to the way that a stoned driver perceives the world visually, and thus measures visual impairment; in other words, the results of the test show how much of the driver’s side windshield is visible to the impaired driver. If too much of the road is not visible, given the impairment, the driver would be deemed temporarily legally blind and thus unable to drive safely.

The test currently exists on a tabletop and consists of a set of rapidly-rotating stripes. A camera tracks the movement of the subject’s retina. Based on this retinal movement, it is able to measure the visual impairment that cannabis consumption causes. Valenti hopes to get some funding in order to convert the test to an app that will use a tablet’s built-in camera for retinal tracking.

Current marijuana blood or saliva tests are inaccurate because THC, the chemical found in cannabis that makes one high, can remain in the bloodstream for several days. In states where marijuana is legal, a driver who has a certain level of THC in their blood can be legally impaired without necessarily being high, according to Jolene Forman, a staff attorney for the Drug Policy Alliance.

The gap between THC levels and actual impairment is one that can’t be bridged, according to most marijuana policy experts such as Forman. For Valenti, it’s a matter of money.

Valenti is looking for $500,000 in funding to roll out the device nationally, which could take 18 months. But the only sizeable offer she’s received was one to shut down her test.

Valenti’s business partner Mark Pomplun, who specializes in the test’s development, says the funding issue lies within their inability to find sponsors who want to invest in a “marijuana-explicit” project in Massachusetts.

“We’re specific to marijuana. And people are afraid [to invest],” Valenti says. “But I see that changing soon.”

And although it’s widely accepted that driving while under the influence of any substance is unsafe, marijuana specialists such as Forman say they need more evidence as to the level at which THC impairs drivers.

“Those tests work well in a vacuum,” Forman says, “but in practice, you’ve got to test it and validate it.”

Even in Massachusetts, little can be done to study roadside marijuana tests. According to Valenti, the taxes attached to recreational marijuana are insufficient for the amount of research that still needs to be carried out. Cigarettes are taxed twice as much, and alcohol is taxed nearly 2.5 times more than marijuana. The 20 percent marijuana tax in Massachusetts leaves no room for research related to driving high.

“I grew up in Oregon and [advocate] for responsible legal adult use of marijuana,” Valenti says. “But I am not happy with how this is evolving in Massachusetts. There are little to no public health protections.”

In Massachusetts, the only related budget to keep the roads safe from high drivers is one that helps train law enforcement officers to recognize the signs of a high driver. But even this budget doesn’t provide the funds to pay for a substitute officer while the officer-in-training is in classes for two weeks. Without an adequate number of drug recognition experts patrolling the roads, Valenti’s roadside test wouldn’t be sufficient. In order to work sufficiently, she said, it must be coupled with police officers who have been trained in drug recognition and can back up their training with her objective test.

So even though her mission is to keep the roads safe, Valenti can’t take out any federal loans or open up a bank account to move her test forward.

“I did what I’m not supposed to do,” she says. “I maxed out two credit cards.”

According to a 2015 report from the Police Foundation and the Colorado Association of Chiefs of Police, a marijuana drug test can cost $250 to $300. That’s roughly 10 times more expensive than testing for alcohol. The report also predicted that law enforcement training for drug detection would cost $1.24 million the coming year.

If it makes it through court, Valenti’s test would be essentially free after law enforcement invests in the relatively low cost of the app and tablet itself.

Instead, her project is at a near-standstill. Valenti has been forced to do the majority of her research at a law enforcement training session in Colorado, where several civilians volunteered to get high.

The research she’s been able to perform in Colorado has been minimal, but overwhelmingly accurate. There’s no way to fake the test. “Either you see it or you don’t,” she says.

Despite its accuracy, the test is not infallible. Since different marijuana plants affect different parts of the nervous system, Valenti believes there will probably need to be two other tests to supplement IMMAD in order to survive in court, such as a balance or hearing test.

“We wouldn't want [IMMAD] to be dependent on any other test,” she says. “But for law enforcement to have a slam dunk in the courtroom, I think it will take three tests.”

Although Valenti is anxious to move her data forward, Morgan Fox, the director of communications for Marijuana Policy Project, is concerned that rushing a test such as Valenti’s could lead to too many false positives.

“I’m worried that law enforcement will latch onto methods of testing that haven’t been fully vetted yet,” he says. “And that’s going to lead to unwanted arrests.”

Fox’s concerns are why Valenti emphasizes the importance of training law enforcement officers to become drug recognition experts and why she believes it will take two other tests in order to survive in court.

And while acknowledging the importance of law enforcement training and accurate roadside tests, Forman added that public education was the most functional way to prevent marijuana-related fatalities.

“What we’ve learned from drunk driving is that punishment isn’t as effective as public education,” she says. “Rather than rushing to get these tests done, we should really be focusing on educating the public on what we do know about the harm.”