Summer Zervos seeks records in Trump defamation suit. Tom Arnold is also on "The Hunt for the Trump Tapes" 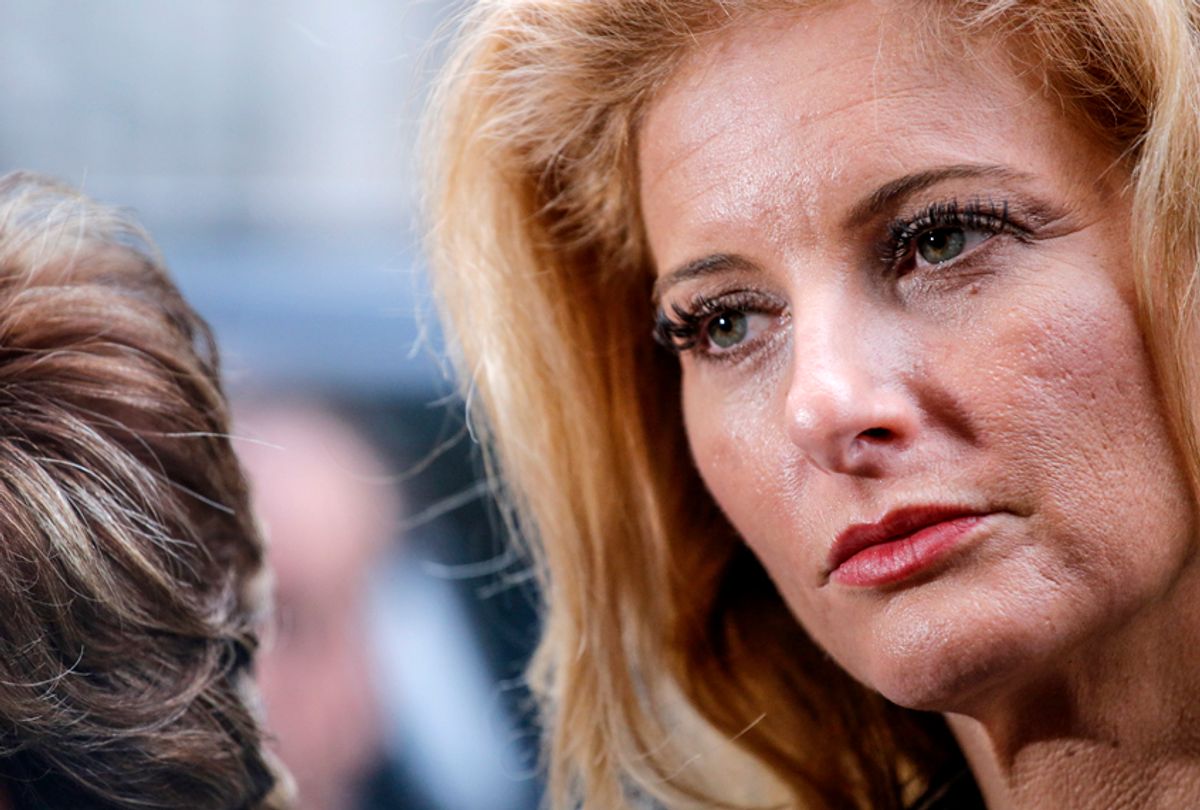 Summer Zervos, a former contestant on "The Apprentice" who accused President Donald Trump of sexual assault leading up to the 2016 election, is seeking various archival records from the show to prove the president defamed her.

Trump called her a liar after she made the sexual misconduct allegations public, and now Zervos is suing him for defamation. Her lawyers issued subpoenas Wednesday to Metro-Goldwyn-Mayer, which owns the reality show's archives and to the Beverly Hills Hotel, where Zervos claims the sexual assault took place in 2007.

"We’re gathering evidence that we believe will prove that the defendant lied when he falsely denigrated Ms. Zervos and when he denied sexually assaulting her," lawyer Mariann Wang of Cuti Hecker Wang, said.

Zervos came forward after the release of the infamous "Access Hollywood" tapes where Trump bragged about sexually assaulting women. In a 2016 news conference, Zervos alleged that Trump forcibly kissed her at meetings in New York and California after she appeared on "The Apprentice" and groped her at the Beverly Hills Hotel.

In the subpoena, Zervos' lawyers asked for documents, video or audio, where Trump is talking about Zervos and any recording where Trump speaks of women "in any sexual or inappropriate manner."

"The hotel subpoena seeks records of any stay by Mr. Trump from 2005 through 2009 as well as documents related to his longtime bodyguard, Keith Schiller; his longtime assistant, Rhona Graff; or Ms. Zervos," The New York Times Reported.

Zervos was just one of 19 women who accused Trump of sexual misconduct during the 2016 elections. He has denied the accusations. Zervos filed the defamation lawsuit last year after Trump accused her of lying.

"In March, a New York State judge ruled that Ms. Zervos’s defamation suit could proceed over the objections of the president’s lawyer, Marc E. Kasowitz, who had argued that the New York State Supreme Court, where the case was filed, lacked jurisdiction over a sitting president under the supremacy clause of the United States Constitution," the Times reported. "No one is above the law," Justice Jennifer Schecter of State Supreme Court in Manhattan wrote. "It is settled that the president of the United States has no immunity and is ‘subject to the laws’ for purely private acts." Trump's lawyers appealed.

Pornographic film star Stephanie Clifford, known as Stormy Daniels, filed a separate defamation suit against the president Monday based on statements he made on Twitter. She claims she and Trump had a consensual affair in 2006.

Trump had promised to sue some of the women who came forward during his presidential campaign who accused him of sexual misconduct (he didn't.) But in the era of #MeToo, men in power silencing and intimidating women who allege sexual violence is no longer a sure solution. The conviction of Bill Cosby in retrial proves this.

Further, the subpoenas from Zervos' lawyers, which request any recordings where Trump speaks sexually or inappropriately of women, means more accusations could arise. Justice Schecter says "No one is above the law," but Trump was elected president after the "Access Hollywood" tapes were revealed and after more than a dozen women alleged sexual misconduct.

And Zervos isn't the only former "Apprentice" contestant in pursuit of the show's records. Actor Tom Arnold announced on Howard Stern’s SiriusXM show on Wednesday that he is starting production on a new series called "The Hunt for the Trump Tapes," to air on Viceland.