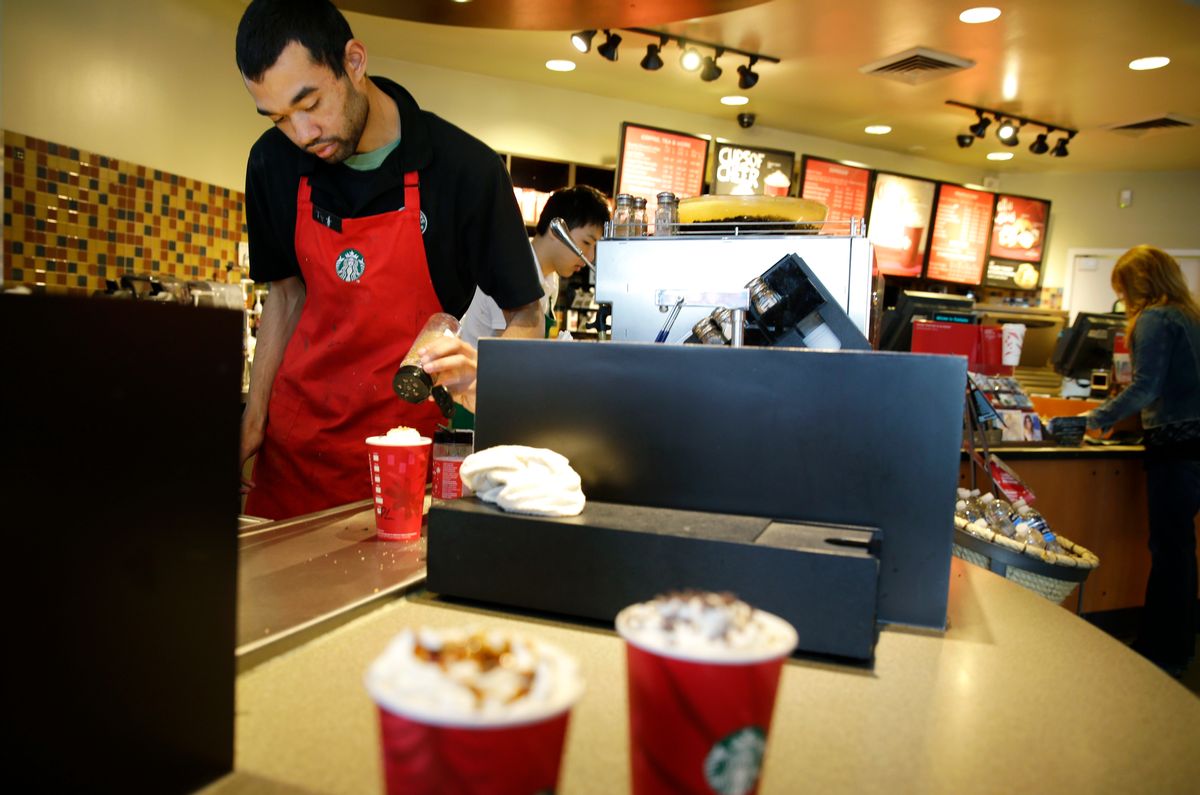 The arrests of two black men who were waiting for a friend at a Starbucks in Philadelphia have raised questions about how race determines how customers are treated.

But does race also affect how the employees are treated within the service industry?

Prior research shows that black workers in people-oriented occupations — health care, service and sales — are rated lower by customers and supervisors than are white workers, even when their performance is objectively the same. Because of this, black workers have a harder time obtaining competitive raises or promotions. But it is unclear why or what workers can do about it.

In the U.S. workforce, blacks are disproportionately represented in low-paying service jobs like cashiers, call center employees and food service workers compared to higher-status jobs. So this issue has serious implications for the financial and professional lives of a large segment of black workers.

Friendliness is key to performing well in the service industry. My colleagues Lawrence Houston III, Derek R. Avery and I found that negative stereotypes about blacks — that they are unfriendly, hostile or rude — explain lower performance evaluations of black service providers compared to white service providers.

We found that in order for the performance of black service providers to be rated equivalent to whites, blacks had to amplify and fake positive emotions to override those negative racial stereotypes. In other words, to be seen as good as white employees, black employees need to perform more “emotional labor,” a concept introduced by sociologist Arlie Hochschild.

Perhaps just like the two men at Starbucks, black service employees are assumed to have hostile intentions unless they put in extra effort to put forth a smile and show they are not a threat.

We drew these conclusions from a series of studies we conducted over several years.

In our first study, we asked a representative sample of people for their impressions of an employee described as holding an emotional labor job, a hotel desk clerk. They saw a photo of either a black or white person with a neutral expression, but otherwise the same job qualifications. Regardless of the respondents’ own race, education or income, they saw the black employee as less friendly and more hostile than the white employee.

In the second study, people watched a video of either a black or a white sales clerk ringing up sales in a home goods shop. They saw the clerk acting either warm and friendly or just polite. In all videos the sales clerk was efficient and knowledgeable.

When viewers saw the employee performing less emotional labor — just being polite and efficient — the black employee was rated as less friendly and a worse performer than the white employee. In contrast, after watching the friendly condition, the viewers rated the black and white employees similarly.

In short, just being polite was not enough for the black employee; putting on a big smile was necessary to get the same performance ratings as the white employee.

Both of the above studies were experiments. In a third study, we surveyed actual service employees and their supervisors.

Again, we found that supervisors rated black grocery store clerks as worse performers than white clerks, which could not be explained by job experience or motivation. Yet, black clerks who reported amplifying and faking their positive emotions when interacting with customers — more emotional labor — saw the racial disparity in the performance evaluations disappear.

Notably, white clerks were rated highly regardless of the frequency of their emotional labor. For black clerks to be rated as highly as the white clerks, they had to more consistently exaggerate their smile in customer interactions.

High cost of ‘service with a smile’

All service employees must sometimes put on a fake smile when having an off day, and sometimes they might let the mask slip. Our research shows that white employees who do less emotional labor can still be viewed positively, but black employees are not given the benefit of the doubt. Black employees constantly “fake it to make it” in service jobs.

Being a black service provider requires routinely putting forth more emotional effort — a bigger smile, a more enthusiastic tone of voice, maintained across time and customers — to be evaluated similarly to a white co-worker. If a black employee gets tired of faking that smile, there is a resulting decline in performance evaluation. This also means fewer opportunities for promotions, raises and career advancement.

Though putting on a smile might seem like a small price to pay to get ahead at work, research shows that keeping up a friendly façade is a path to job burnout, a state of complete exhaustion linked to a desire to quit and health issues. Recognizing this situation is a first step to improving conditions for black employees and customers alike.