Meet the 20-year-old Republican with an environmental agenda 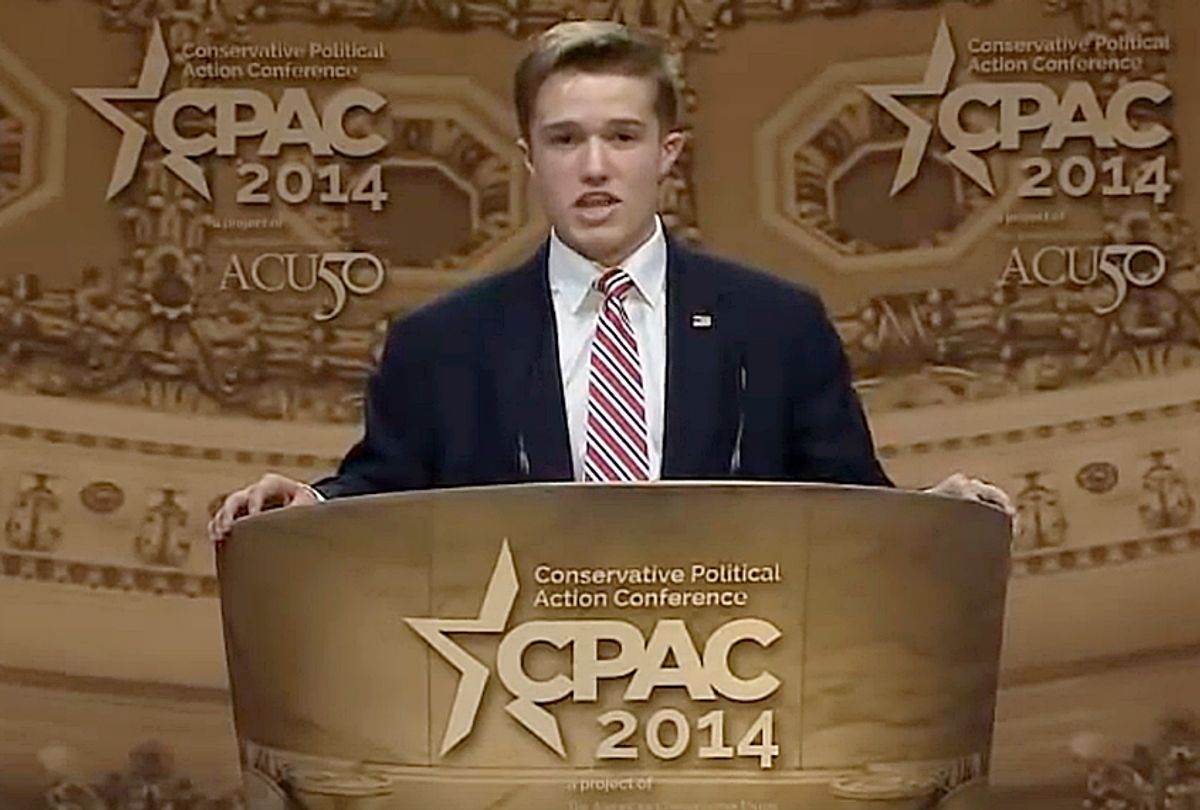 Benji Backer had just entered hostile territory. But the 20-year old conservative environmentalist walked through the University of California, Berkeley radiating such sunny confidence that he could have powered a solar panel. When Backer announced that he would be speaking at the school in April, Twitter denizens considered shutting down his talk. That wasn’t long after several conservative speakers were greeted in Berkeley by protesters — some armed with molotov cocktails.

If speaking loudly about his conservatism over coffee at the Free Speech Movement Cafe caused Backer any apprehension, he hid it well. Backer’s grin seemed tailor-made for a toothpaste commercial, and every strand on his blond head remained unruffled.

Backer is the founder of the American Conservation Coalition, a group of youngsters who aim to give conservatives an environmental vision to rally around. He runs it while attending college at the University of Washington. It’s a crucial moment for organizations like this: The Trumpian Republican party is in the messy stage of metamorphosis where the caterpillar turns to goo before reassembling. Many uncertain Republicans are looking to younger people to tell them what’s coming. Conservation is what’s coming, said Backer.

There’s a reason that Backer was so comfortable at Berkeley while saying things like “I see myself as a Mitt Romney conservative.” He’s spent the last decade expressing unpopular opinions. While growing up in Wisconsin, Backer declared himself a conservative at the age of 10, and was soon scrapping with his teachers over Governor Scott Walker, then in the middle of a battle with with teachers’ unions. An article he wrote about these classroom clashes got him an invitation to speak at the Conservative Political Action Conference (better known as CPAC), which, in turn, launched him into the constellation of conservative rising stars. He found they weren’t much like the old guard.

“I would bump into the other young people at CPAC and these other meetings, and they all had a couple things in common: None of them really wanted to talk about gay marriage,” Backer said, “and they all really cared about the environment.”

Republicans used to lead on conservation. Think of Teddy Roosevelt a century ago, or even Richard Nixon, the greenest president ever, according to Greenpeace and the Union of Concerned Scientists. “How did that get lost? Why didn’t the conservative movement focus on the environment,” Backer asked.

This idea that Republicans could find a new North Star in conservation is spreading. Backer’s coalition has 32 people organizing across 21 states, and 38 of the 50 state College Republican chairs have signed on to his organization’s vision. Backer is talking with people at the Republican National Committee in hopes of changing the party’s platform and collaborating with several Republican campaigns around the country. In just the past year, he’s been to Trump’s White House, the Department of the Interior, and the EPA to talk with officials about how best to promote a conservative environmental agenda.

That agenda involves a lot of discussion about innovation and clean energy, but unlike the Students for Carbon Dividends, another conservative group, the American Conservation Coalition rejects big government solutions for climate change. It’s just too polarizing, Backer said.

Backer once supported a carbon tax, but the American Conservation Coalition has been strictly neutral on that policy. Still, Backer’s flirtation with the idea was enough to garner a rebuke from anti-tax absolutist Grover Norquist, on Twitter.

So far, Backer’s efforts on conservation have drawn ire and praise from the right and a shrug from the left. The protesters who had promised to shut him down on Twitter didn’t show up at his talk in Berkeley last week. But when conference attendees heard that the next panel was just a bunch of conservatives talking about climate change, half the room stood up and walked out.