Planned Parenthood said it will take the ban to court 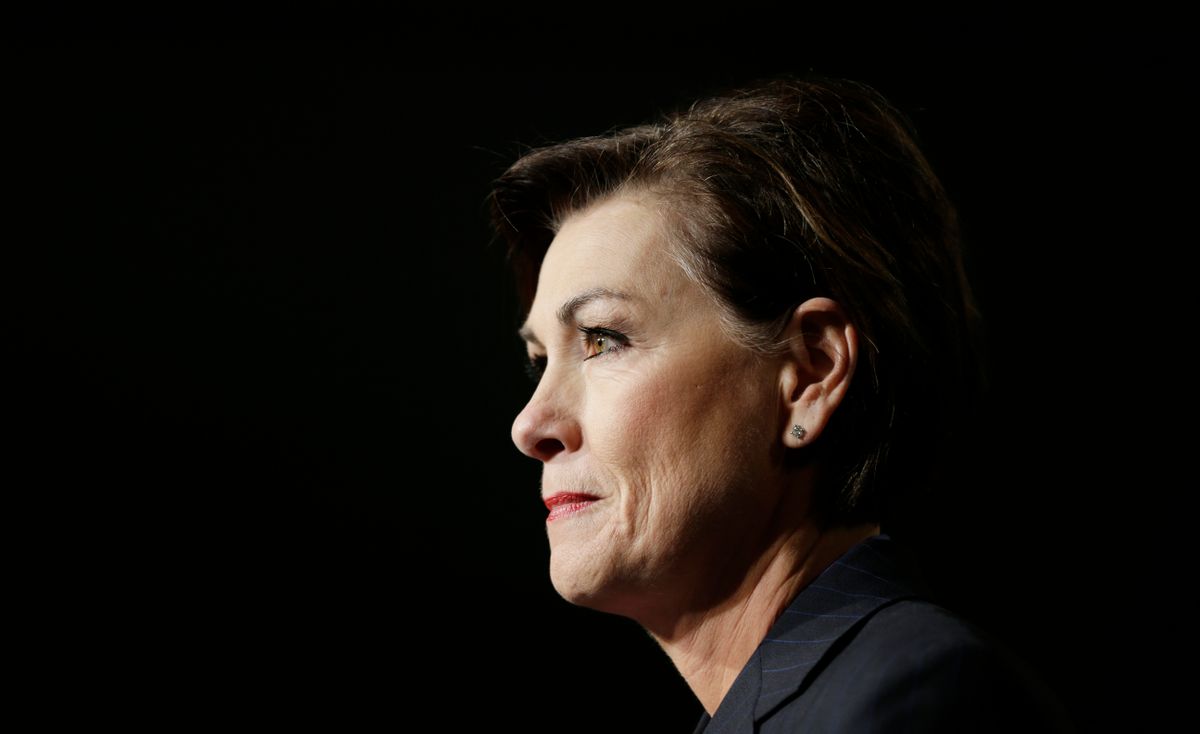 FILE - In this Jan. 15, 2014 file photo, Iowa Lt. Gov. Kim Reynolds speaks to supporters before introducing Iowa Gov. Terry Branstad at a rally in West Des Moines, Iowa. Reynolds, presumptively the next governor of Iowa, faces a renewed spotlight amid her sudden rise to the state's top job. Gov. Terry Branstad's plans to be a diplomat in President-elect Donald Trump's administration means attention will soon zero in on Reynolds, who could play a pivotal role in a GOP-majority statehouse that's itching to pass conservative legislation long derailed by Democrats. (AP Photo/Charlie Neibergall, File) (AP)
--

On Friday, Republican Governor Kim Reynolds of Iowa wrote her signature on one of the most limiting abortion bills in the country.

In what’s referred to as the “heartbeat bill,” this legislation bans abortions once a fetal heartbeat can be detected—at about six weeks into pregnancy, before many women know they’re pregnant.

“I believe that all innocent life is precious and sacred, and as governor, I pledged to do everything in my power to protect it,”  Reynolds said in a written statement. “That is what I am doing today.”

Reynolds continued to acknowledge the controversy of the bill.

“I understand that not everyone will agree with this decision,” she added. “But if death is determined when a heart stops beating, then doesn't a beating heart indicate life? For me, it is immoral to stop an innocent beating heart. For me, it is sickening to sell fetal body parts. For me, my faith leads me to protect every Iowan, no matter how small.”

Rep. Shannon Lundgren, R-Dubuque, who supported the bill called the passing of the bill “very emotional.”

“You look at these little girls that I was holding, and they wouldn’t have been here had their parents chosen a different path for them,” Lundgren said. “These are human beings.”

The measure passed the state House on Tuesday and the state Senate on Wednesday, mostly along party lines. No Democrats voted for the bill.

DNC Women’s Media Director Elizabeth Renda said “Iowa Republicans are now responsible for the most arcane and extreme legislation attacking women’s reproductive rights in this country,” in a statement.

“This unconstitutional bill is nothing but a thinly veiled attack on Iowa women’s most basic rights and freedoms – every woman deserves the fundamental right to make decisions about her own body with her doctor,” she added.

“How dare we think that the privacy and decisions of a woman and her medical choices are up to us to determine?” said Rep. Vicki Lensing, an Iowa City Democrat, during a debate about the bill, according to PBS. “I am personally offended by this bill that seems to second-guess a woman’s ability to make an unintended and difficult decision.”

“And so, I am here to tell her, Gov. Reynolds, if you sign this bill, Planned Parenthood will see you in court,”  de Baca said in the statement. “We will challenge this law with absolutely everything we have on behalf of our patients because Iowa will not go back.”

“We need to face facts that young people have sex, and they also have rights,” Andi Grubb, PPHeartland director of education, added. "They have a right to get age-appropriate, medically accurate information; the right to ask questions and get answers, without being shamed or judged; and the right to the information and skills they need to protect their health. It is a violation of their rights to deny them that information about how their bodies work.”

“Yes, @KimReynoldsIA has signed the most restrictive abortion ban in the nation — but it is NOT law. This dangerous, unconstitutional law is not set to go into effect until July 1, and that is only if the courts don't intervene first,” the tweet said.