ICE is wrongly designating immigrants as gang members to deport them

According to one report, gang databases maintained by states and ICE are often “riddled with error” 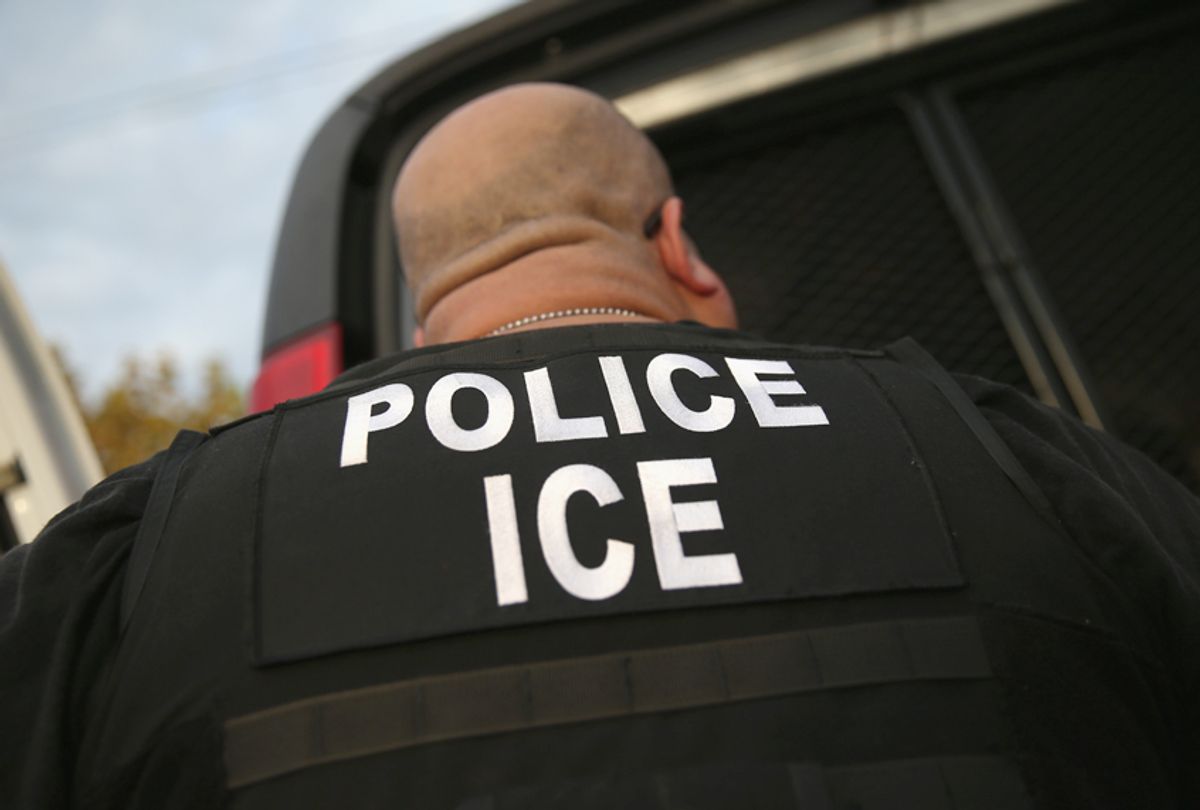 Immigration and Customs Enforcement (ICE) has repeatedly used ambiguous criteria to wrongfully accuse undocumented Latino immigrants of being affiliated with gangs — often the brutal, Los Angeles-founded street gang MS-13 — as a pretense to arrest them. Right-wing media outlets have responded by hyping the narrative of the prevalence in the U.S. of MS-13 to promote ICE.

There have been a number of reports that ICE uses vague and sometimes overly broad criteria to wrongfully label a person as affiliated with a gang, which allows officers to arrest people without a criminal warrant. The result is unjustified arrests of law-abiding undocumented immigrants and overinflated numbers of how many undocumented immigrants are gang members, which right-wing media broadcast to their audiences without proper context.

Last week, hosts and guests on Fox News mentioned gangs in the context of immigration on at least fivedifferent occasions. The Washington Examiner and Drudge Report also hopped on the bandwagon.

But according to a CityLab report, gang databases maintained by states and ICE are often “riddled with error.” The report pointed to California’s CalGang database as an example, which has been shown to include “unfounded entries” and “hundreds of names that should have been purged years ago.” Many juveniles were added to this database without being notified, and some of the information in these databases may be violating individuals’ privacy rights, the report states. The New Yorker reported that “ICE identifies someone as a gangster if he meets at least two criteria from a long list that includes ‘having gang tattoos,’ ‘frequenting an area notorious for gangs,’ and ‘wearing gang apparel.’” And The Intercept wrote that “gang documentation is a unilateral designation by law enforcement and is extremely difficult to challenge in criminal court. . . . Challenging gang classification by law enforcement is more difficult during deportation proceedings because defendants cannot compel the government to disclose the evidence against them as they can in criminal court.”

As a result of these tactics, ICE has been targeting undocumented immigrants who haven’t been shown to be involved in any criminal activity. Daniel Ramirez Medina, for example, who was supposed to be protected under the Deferred Action for Childhood Arrivals (DACA) program, was placed in ICE custody, supposedly for gang involvement, for more than six weeks before being released. According to The Intercept, “the sum of the evidence is a tattoo on his arm that immigration officials believe is gang related, and statements that he allegedly made in custody” about people he spends time with. Similarly, ICE arrested -- and used excessive force against — Wilmer Catalan-Ramirez after police erroneously identified him as a gang member. He was left with a fractured shoulder and loss of vision in one eye, and was denied proper medical attention while in custody. The New Yorker reported that because of ICE’s “nebulous indicators,” a teenager in Long Island, NY, was put in deportation proceedings for reasons including that he wore a Brooklyn Nets hat and allegedly performed “a gang handshake.” The third reason was his girlfriend: a 16-year-old U.S. citizen who had been kidnapped by a previous boyfriend after she ended their relationship when she found out he was an MS-13 member. The American Civil Liberties Union (ACLU) has argued that the tactic of “using unsubstantiated claims of gang affiliation to illegally detain teenagers” encourages profiling of Latinos, and the organization has filed a lawsuit alleging that federal immigration authorities were “wrongfully arresting Latino teens in New York” based on unfounded gang-related charges.

Right-wing outlets are uninterested in telling such stories.

Appearing on Fox News’ America’s Newsroom last week, Sen. Ron Johnson, R-Wis., pointed to Operation Raging — an anti-gang operation led by ICE in 2016 and 2017 — to demonstrate the alleged pervasiveness of immigrant gang members in the U.S. When that operation concluded, the right-wing media sphere was set ablaze with headlines trumpeting ICE’s arrest of between 200 and 300 gang members (the final count was 214 arrests in the U.S.). But the right-wing media outcry breezed over the fact that more than half of those swept up in ICE’s “gang crackdown” were arrested not on criminal charges but on immigration violations.

Misinformation about MS-13 is particularly prevalent among right-wing outlets, but mainstream media are also sometimes guilty of dramatizing coverage of the gang. Fordham Law professor John Pfaff once called out The Washington Post for “extrapolat[ing]” facts about MS-13’s presence in Long Island, NY, and Northern Virginia “to the nation as a whole” and warned of “the uncritical acceptance of law enforcement’s narrative.”