The importance of "Vida" outweighs its imperfections 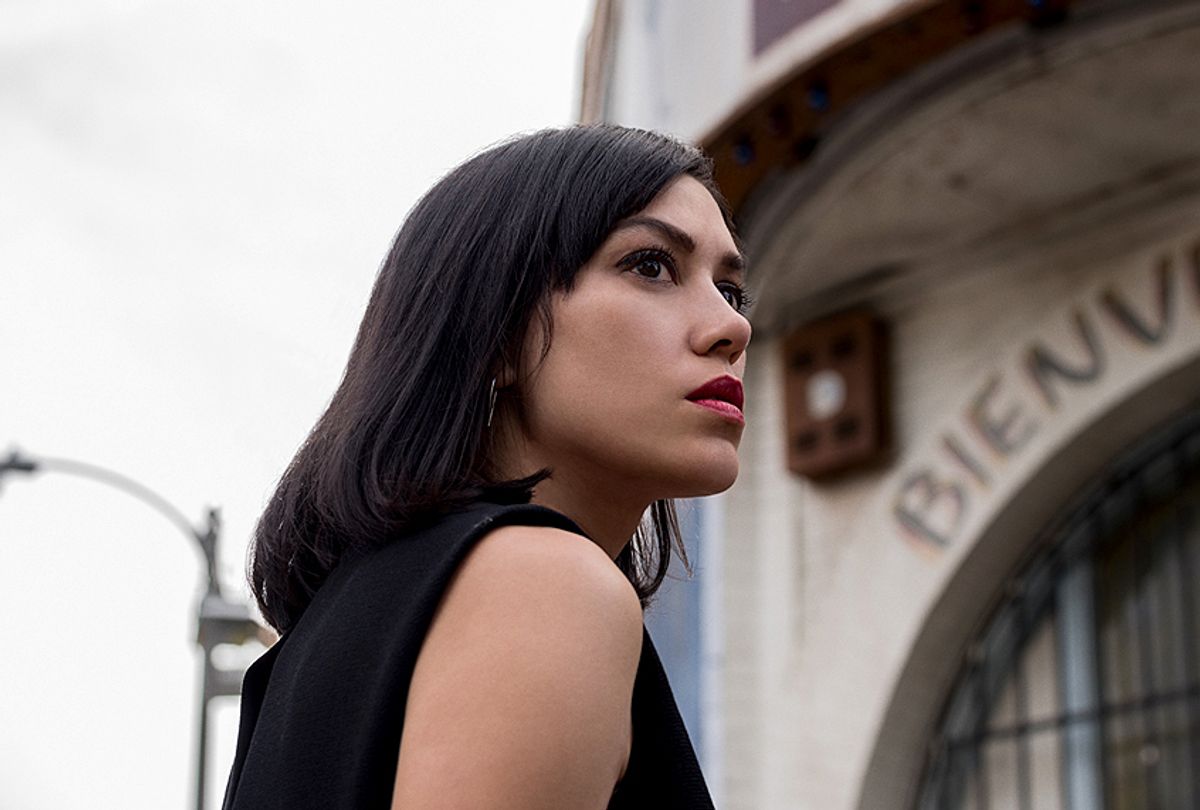 Few things are more efficient for surfacing difficult truths and bringing secrets to light than a death in the family. Straightaway “Vida,” Starz’s new half-hour drama airing new episodes on Sundays at 8:30 p.m., proves this by showing the title character collapsing in a heap on the bathroom floor.

Soon after, her reluctant, estranged eldest daughter Emma (Mishel Prada) returns to the East Los Angeles apartment building that houses her mother’s bar and a life she wishes to be done with. Waiting for her are her carefree younger sister Lyn (Melissa Barrera), her mother’s “roommate” Eddy (Ser Anzoategui) and tables laden with every imaginable variety of flan.

Emma is having none of it . . . literally. One of Emma’s first proclamations is that she’s off sugar, although this is the least of her reasons for an estrangement that makes this homecoming difficult for reasons other than the death in the family. And that tension only sharpens when it’s revealed that Eddy was not Vida’s housemate but her wife.

“Vida” derives its title from the mother’s nickname — short for Vidalia — but the word itself means life. Creator Tanya Saracho uses that interpretation to branch off into a variety of revelatory tales about Latinx culture and a world not often explored with meaning and profundity on television. This by itself makes “Vida” worth considering; the fact that its first season consists of six half-hour episodes makes it a light commitment.

Within those six episodes, Saracho opens a doorway into a community fighting to stay alive in a city that, like many bustling urban metropolises, is pushing people of color out of neighborhoods where they’ve lived, worked and built businesses for generations.

“Vida” aspires to achieve much within a short period of time, and that makes its execution feel a bit rough and tumble, especially when the series departs from the central focus on the sisters to follow characters who are tangential to their lives.

Emma and Lyn’s mother owns the building housing the bar that Vida and Eddy ran together, but each sister left to create their own lives far from East L.A. Emma is a white-collar executive for a firm in Chicago, while the aimless Lyn trades on her good looks to shack up with a series of rich white guys in San Francisco.

Coming home for each means reconciling with the lives they left behind, as well as their reputations. Some of the first interactions they have with the people they grew up with are far from welcoming. But it also means figuring out other aspects of their identity as well, especially as each relates to their neighborhood and what their family means to it.

At the same time, the people who have lived in their neighborhood have more to worry about than who Lyn is sleeping with and how Emma feels about her mother’s sexual identity. One family friend, Marisol (Chelsea Rendon), channels her anti-gentrification passion into an online presence and questionable guerilla tactics. Another, Johnny (Carlos Miranda) has his life plans disrupted by Lyn’s return, while Emma’s old friend Cruz (Maria Elena Laas) coaxes her to embrace the core truth of who she is.

Embracing examinations of identity as a main narrative arterial can be a tricky business for a series, even one with the latitude typically granted by premium cable. And this is how and where “Vida” bumps up against a few walls.

A main element of the plot follows a map set out by other series about adult children who suddenly have the responsibility of their family’s legacy thrust upon them. Vida’s secret marriage isn’t the only truth she kept hidden from her children. From the perspective of the business-minded Emma, it quickly becomes the least of her concerns.

This recognizable device provides a strong spine for a series whose subplots don’t mesh particularly smoothly. At times “Vida” can feel like watching a jumble of mismatched shows from different networks hanging together inside one closet. Lyn, in particular, behaves like a CW soap vixen at times, which can be entertaining but becomes a distraction at times as well.

That could be because the social and cultural themes within “Vida” are presented with such fortitude and assurance as to make the frothier elements of the story feel less poignant. Barrera is appealing in her role, even when Lyn is at the height of her selfishness, and balances Prada’s brittle, tightened portrayal of Emma quite well.

The two shoulder the weight of their family drama well enough, although given the central importance of Anzoategui’s Eddy, it’s odd to see how limited of a range these first episodes give her to express . . . though she does depict the simultaneous pressure of mourning and exclusion exquisitely.

If that part of the tale leaves a viewer wanting, that perhaps speaks to the need for more queer voices, especially those belonging to queer women of color, to have a forum on television. When “Vida” is at its most beautiful, it shows the care and compassion Vida and Eddy exercised within a community that responded with more tolerance than acceptance.

Although the people who turn out for Vida’s memorial cover Lyn’s face with lipstick kisses, an exchange in an upcoming episode reveals that some of this display masks a deeply rooted homophobia. These sad truths do need to be shown but not leaned upon, and in this sense the series triumphs, allowing Emma and Eddy to be shown as people coming to terms with great loss and deal with their inability to come to an understanding of where they fit in to one another’s lives.

In her capacity of representing the gentrification struggles of the storylines, Rendon’s Marisol starts out as almost an extraneous character in the series, a brash and dissonant reminder of the world spinning just outside the borders of the family’s grief. Her part of the plot is important, but it takes a while to meld with the others.

It’s hard to say how, exactly, Saracho and her writing team could tell these stories differently without adulterating the emotional authenticity of “Vida.”  Their perspective as Latinx creatives allows the audience to understand the economic and cultural stakes of Emma’s, Lyn’s and Eddy’s next steps. The care with which they’ve written this world guides us into its complications with a level of understanding that one hopes can also earn the audience’s patience.