Do "haters" deserve our compassion? Sally Kohn says yes — and it's complicated

Kohn, whose book "The Opposite of Hate" generated its own controversy, says she still has work to do, too 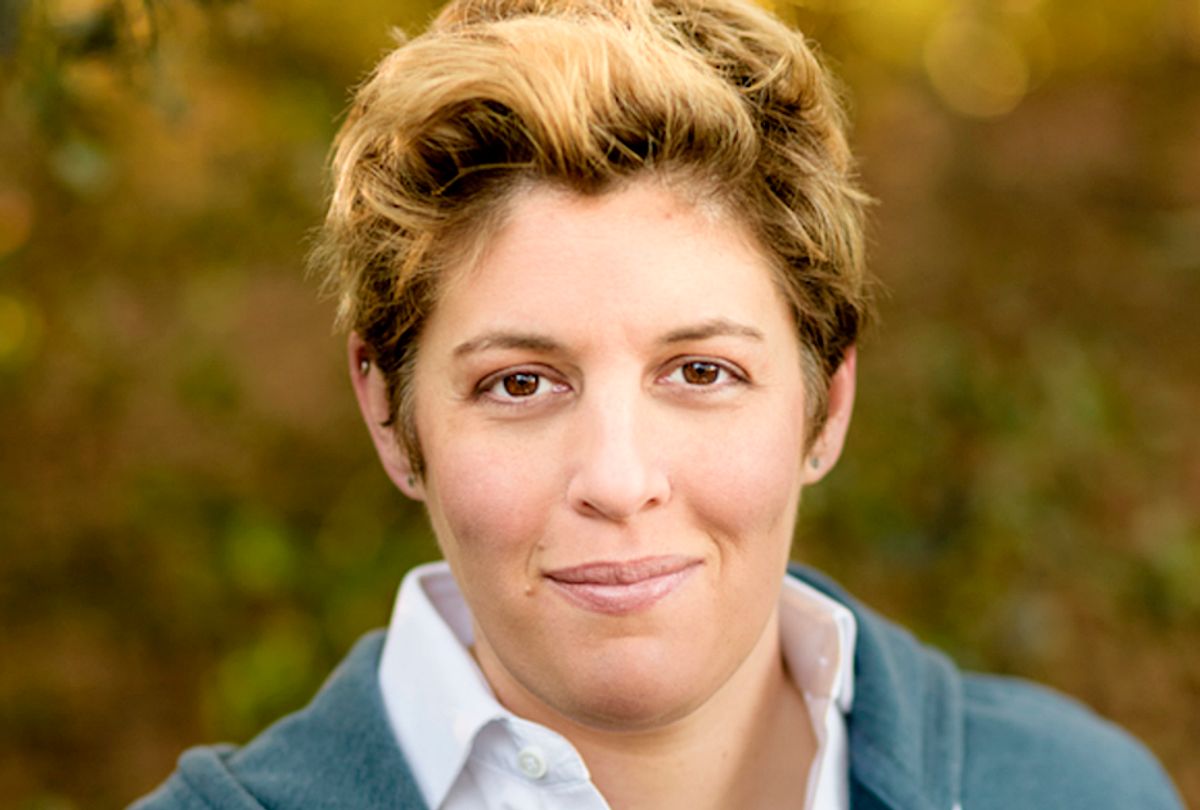 It’s easy to hate — well, hate. Especially these days, when so much violence is committed in the name of hatred, and so many policies (and lack of policies) coming from our government appear to validate these acts of violence.

Yes, says Sally Kohn, author of "The Opposite of Hate: A Field Guide To Repairing Our Humanity". She says we need to find compassion for those who hate because we all are those who hate — it’s hardwired into the human brain.

“The fear or avoidance of the ‘other’ . . . is the hardware,” Sally told me in our recent conversation at the Bay Area Book Festival. “Like, when you go and you pick up a blank computer. That's just the hardware. Who we hate is the software — that's what's encoded into our minds by our history and our habits. There's not some little part of the amygdala that makes us racist or some synapse that makes us hate Republicans or hate Democrats or Islamophobic — that doesn't exist. That is what society has encoded into us, which means it can also be unlearnt.”

Kohn argues that if we keep on hating the haters, the cycle of hate will never end.

“We need to create opportunities and welcome people to learn and change,” she said. “As opposed to condemning them to always be that which we say we don't want them to be, and yet we don't give opportunities for them to not be.”

Sally Kohn has had her own recent experience overcoming the condemnations of others. After her book was released, Aminatou Sow (co-host of podcast "Call Your Girlfriend") and Ijeoma Oluo (author of "So You Want To Talk About Race" and a recent Inflection Point guest) spoke up on social media to point out some problematic moments in Kohn’s retelling of their words, both in person and on Twitter.

Sow says that Kohn mis-quoted her — and did so without her permission, at that. And Oluo objects to the way Kohn used her tweets, saying they were taken out of their original context to service the stereotypical binary narrative of “good” black women versus “angry” black women.

For the first few weeks of the book’s release, people were talking more about Kohn’s appropriation of Sow's and Oluo’s words and the role of whiteness in journalistic integrity than the overall content of the book itself. Kohn has since made a public apology and her publisher will be removing the section referencing Sow in future editions.

Kohn recognizes that she still has a lot of work to do.

“As a white woman, I didn't see the problematic ways in which I was representing their views, their voices and creating this perceived tension between them — and that wasn't my intent," she said. "But intent isn't as important as impact, and all I can do is continue to apologize and hopefully learn and do better.”

Kohn’s journey as a community organizer-turned political commentator-turned author has been a twisting journey full of paradoxes.

She started her TV career as a liberal commentator on Fox News, for example.

“My work as an organizer and my work in the media has always been about trying to be in those spaces that often we as progressives — as leftists — are not,” Sally told me. “And having conversations that don't shut down avenues for change, but hopefully open up avenues for change.”

And working at Fox, considered by many to be the heart of the conservative propaganda machine, helped Sally to come to a conclusion about her own role within the hatred cycle.

“When I went to go work at Fox, honestly I thought they would all be hateful monsters. I . . . expected they would be just hateful in every way — mean to me personally, nasty, homophobic vitriol,” she confessed. “And I walked in and got to know people on air, off air, viewers . . . and realized that they were complicated people who were in many ways nice, caring, compassionate — we could find things we agreed on. And at the same time I realized — OK, wait a second: I hate them. I came in with all these stereotypes and generalizations and 360-degree, non-negotiable notions of who they were.”

Kohn carried this lesson about her own capacity for hatred, despite her well-meaning liberal ideology, into her research for book.

The answers she came up with were . . . well, complicated.

For her book, Sally Kohn talked to a former neo-Nazi who became a Buddhist by way of a rave, survivors of the Rwandan genocide and a Palestinian convicted of terrorism, all to understand what drove their hate and what changed their hearts. The common thread for their transformation was their ability to have compassion for their enemies — real and perceived.

But what if you have been oppressed for so long that you don’t feel it’s up to you to find that connection? When there’s an unequal power dynamic, whose job is it to reach out? And does one day of diversity training really work?

Spoiler alert: We did not end hatred in the space of our live talk at the Bay Area Book Festival. But perhaps listening to our conversation will inspire you to turn down the hate in your own life, and find room for more compassion — even for someone with whom you deeply disagree.

Hear more stories of how women rise up on "Inflection Point" on Apple Podcasts, RadioPublic, Stitcher and NPROne. And come on over to The Inflection Point Society, our Facebook group of everyday activists who seek to make extraordinary change through small, daily actions.

Sally Kohn sits down with Amanda Marcotte to talk politics, anger and hate.