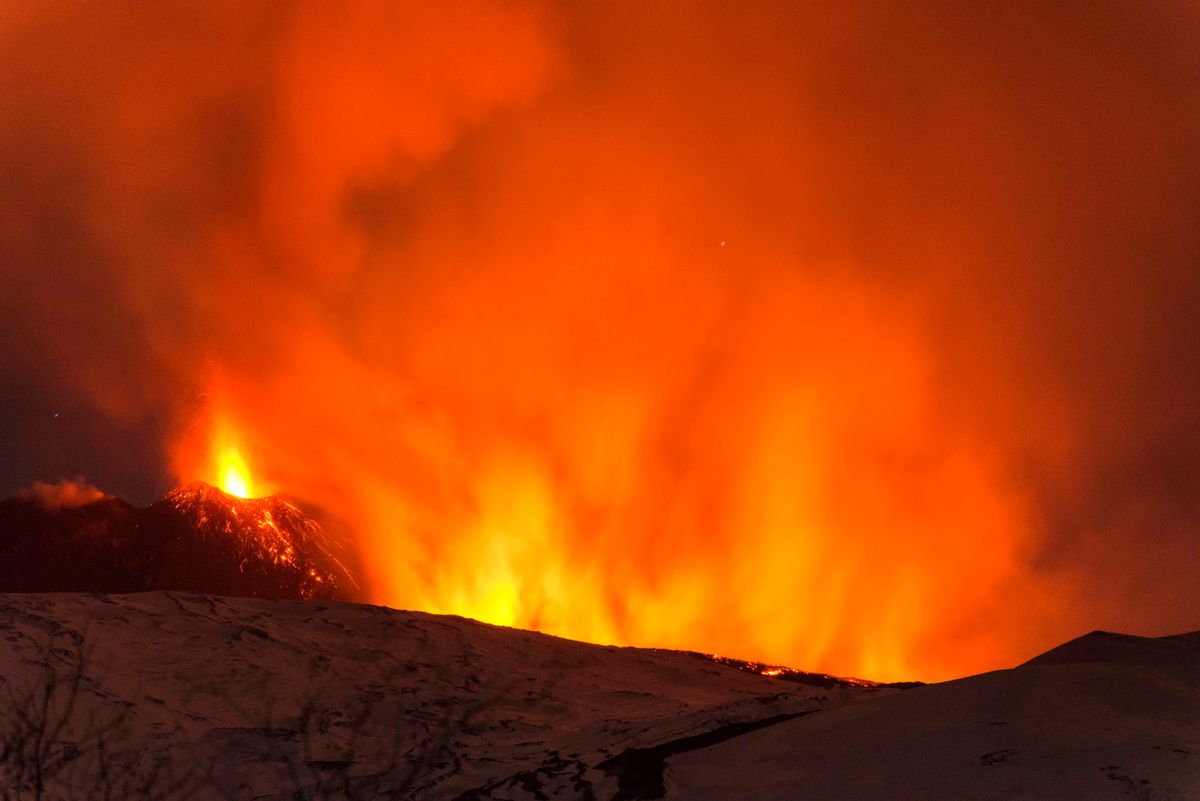 Volcanoes are beautiful and awe-inspiring, but the ongoing eruption of Kilauea on Hawaii’s Big Island is showing how dangerous these events can be. So far this event has destroyed dozens of homes and displaced hundreds of people, but no deaths or serious injuries have been reported. Other volcanic eruptions have had deadlier impacts.

Today there are 1,508 active volcanoes around the world. Each year, some 50 to 60 of them erupt. Around 800 million people live within volcanic risk zones. Volcanologists study and monitor volcanoes so that we can try to forecast future eruptions and predict how widely the damage could reach.

Volcanic eruptions can be broadly divided into two types: explosive and nonexplosive. Explosive eruptions occur when magma, which is molten rock in the ground, contains gas. These eruptions are so energetic that the magma is pulverized into small rock particles, called volcanic ash.

Explosive eruptions are responsible for the highest number of volcanic-related deaths. These events can distribute volcanic ash hundreds of miles from the volcano, causing billions of dollars in air travel disruption, water supply pollution and damage to power lines, structures and machinery. Krakatoa in the Pacific (1883) and Mount St. Helens in Washington state (1980) are examples of explosive eruptions.

The most dangerous features of these events are volcanic ash flows — swift, ground-hugging avalanches of searing hot gas, ash and rock that destroy everything in their path. Ash flows produced during the A.D. 79 eruption of Mount Vesuvius in Italy entombed the towns of Herculaneum and Pompeii. In 1902, ash flows from the eruption of Mount Pelee on the Caribbean island of Martinique killed more than 29,000 people.

Nonexplosive eruptions occur when little to no gas is contained within the magma. These events produce small fire fountains and lava flows, such as those currently erupting from Kilauea.

Nonexplosive eruptions tend to be less deadly than explosive eruptions, but can still cause great disruption and destruction. Eruptions at Hawaiian-style volcanoes can occur at the summit or along the flanks. New eruptions typically begin with the opening of a fissure, or long crack, that spews molten lava into the air and sometimes forms lava flows.

As reports from Hawaii are showing, lava tends to flow rather slowly. Typically it is easy to outrun a lava flow but impossible to stop or divert it. People can escape, but homes and property are vulnerable.

These particles have global consequences when eruptions eject them into the stratosphere, where they block sunlight, cooling Earth’s climate. This effect can cause widespread crop failure and famine and is responsible for many historic volcanic-related deaths. For example, the 1815 explosive eruption of Tambora in Indonesia caused 92,000 starvation-related deaths.

Snow-capped volcanoes, such as those in the Cascades and Alaska, can produce mudflows, or lahars. These hazards form when ice and snow melt during an eruption, or ash is washed loose from the surface by heavy rain.

Mudflows have tremendous energy and can travel up to 60 miles per hour down river valleys. They are capable of destroying bridges, structures, and anything else in their path. A mudflow from the 1985 eruption of Nevado del Ruiz in Colombia killed 25,000 people.

Getting ready for the next eruption

By studying past and current eruptions, volcanologists constantly refine our ability to predict and mitigate the hazards and risk associated with volcanic activity. But people who live within range of volcanic hazards also can minimize their risk.

All residents of these zones should develop household plans for evacuating or sheltering in place and prepare emergency kits with first aid supplies, essential medicines, food and water. Events like the Kilauea eruption are reminders that preparing before natural disasters can make communities more resilient when these events strike.